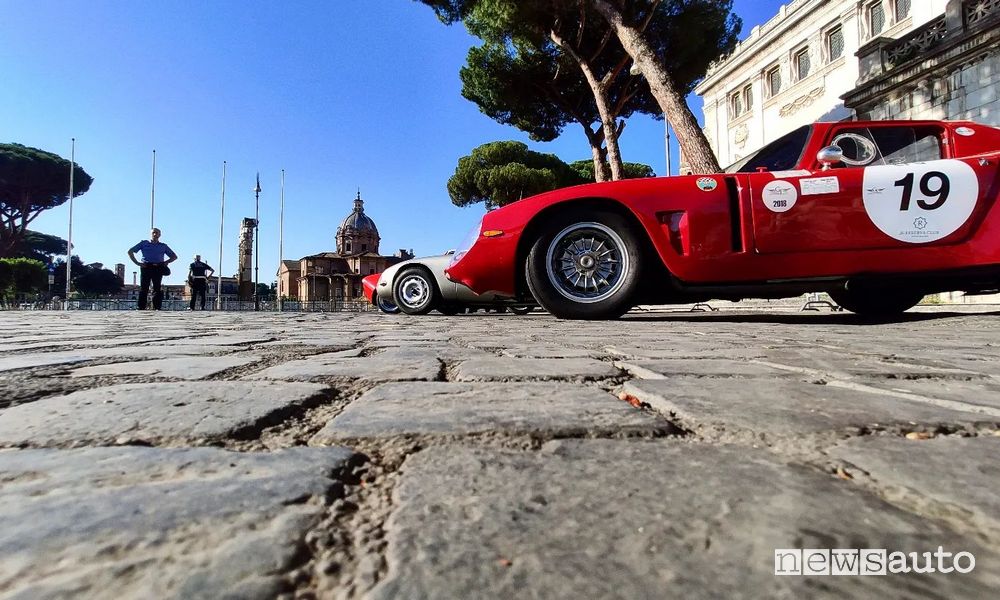 Rome on the weekend of June 12, 2022 hosted the 1st Historic Grand Prixevent for historic cars promoted and organized by the cultural association Roman Motoring Pride in collaboration with the Municipality of Rome and Eur SpA and with the patronage ofAutomotoclub Storico Italiano.

The Historic Grand Prix of Rome took place in the center. Historic F1 single-seaters, vintage sports cars and modern GTs performed on Via dei Fori Imperiali, between the’Altar of the Fatherland and the Colosseum.

Saturday 11 the Capitol hosted a thematic conference attended by the deputy mayor of Roma Capitale Silvia Scozzesewhich opened the next parade aboard theAlfa Romeo 6C 1750 of the Italian Army.

With the deputy mayor of the capital there were also Mariano Angelucci And Giulia Tempestapresidents of the Tourism, Fashion, Major Events and International Relations Commission and of the Budget Commission of the Municipality of Rome, Anna Fendigodmother of the event, Rachele Mussolini, Alberto Scuropresident of Automotoclub Storico Italiano e Stefano Pandolfipresident of Orgoglio Motoristico Romano.

The parade on Saturday morning saw the participation of cars Formula 1, Sport Prototypes, Tourism And Rally in via dei Fori Imperiali, with the starting grid lined up in the square in front of the Museum of the Risorgimento.

Finally, on Sunday 12 June, the 1st Grand Prix of Rome moved to the square of the EUR Congress Centerwith exhibition and exhibition enriched by specimens from important institutions such as the Museum of the Carabinieri and the Historical Museum of the Military Motorization of Cecchignola.

Video Historical Grand Prix of Rome at the Imperial Forums