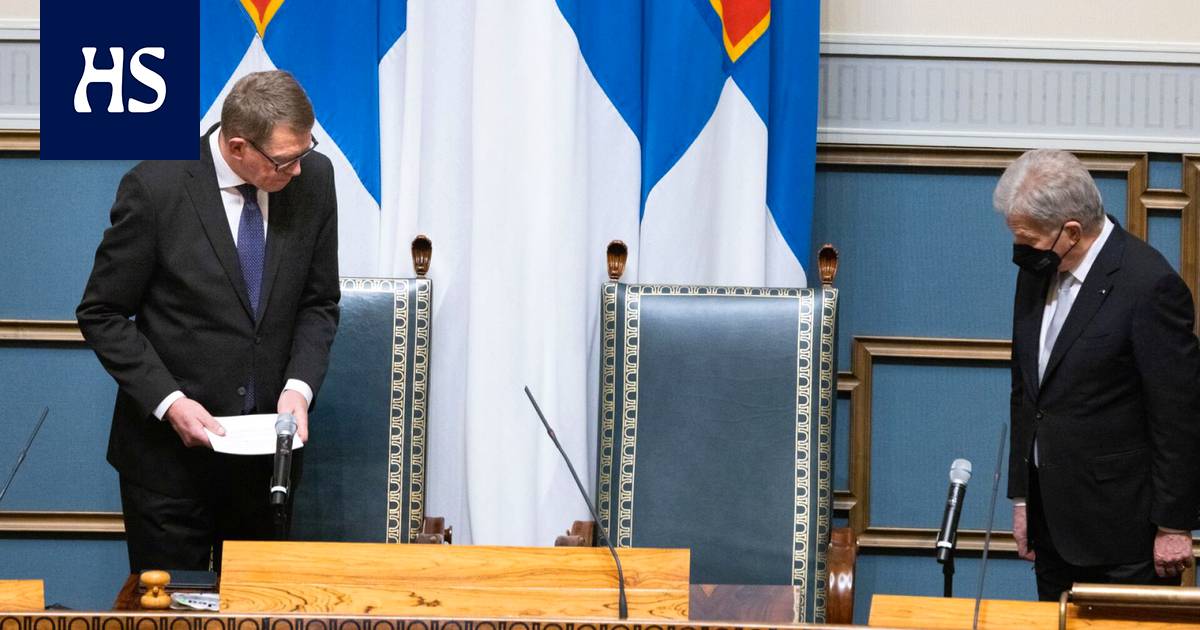 Joining NATO does not necessarily require a two-thirds majority in Parliament, as in the case of an EU decision. The reason is the changes made to the Finnish Constitution.

Finland possible accession to the North Atlantic Treaty Organization would no longer require a two-thirds majority in parliament, as was the case with Finland’s decision to join the European Union in 1994.

This is due to the new constitution that entered into force in 2000 and the 2012 constitutional amendment, the provisions and spirit of which differ from those that were still in force in the 1990s.

Support for NATO membership in Finland has risen sharply in recent months. The reason is Russia’s aggressive behavior and the major attack on Ukraine. In Finland, a lively public debate on membership has begun.

Possible The key provisions for joining NATO are in Articles 94 and 95 of the Constitution. They explain how international agreements are adopted and put into effect.

The above therefore means that a simple majority of more than half of the votes cast is sufficient for a decision.

Exceptions are matters concerning the Constitution, the change of the territory of the kingdom or the “transfer of competence to the European Union, an international organization or an international institution that is significant for the sovereignty of Finland”.

In these cases, at least two-thirds of the votes cast are required.

The most important question of interpretation would be whether NATO membership would be a significant transfer of competence to an international organization for Finland’s sovereignty.

See also  HS Vantaa A rainy day is expected in Vantaa, the afternoon temperature will rise from 31 degrees yesterday

The matter is not quite simple, because according to the preliminary work on the 2012 constitutional amendment, the two-thirds majority requirement is meant to be behind a very high threshold.

As a problem it is also that there is no proper precedent. Ultimately, the matter will be decided by the Committee on Constitutional Affairs.

“This is a relevant question that cannot be properly answered at this stage without an explanation of the implications of Finland’s NATO membership provided by a possible government proposal,” says a professor of constitutional law. Tuomas Ojanen From the University of Helsinki.

“The key question in the Committee on Constitutional Affairs would be whether Finland’s possible membership of NATO, within the meaning of the Constitution, would mean the transfer of competence for Finland’s sovereignty to an international organization or institution, in this case the North Atlantic Treaty Organization.”

Ojanen points out that there is little interpretation of the new provisions of Articles 94 and 95 of the Constitution by the Committee on Constitutional Affairs, so it is difficult to assess the outcome.

“In the light of the preliminary work on the 2012 constitutional reform, the threshold for considering an arrangement to be a significant transfer of competence for Finland’s sovereignty and thus requiring qualified majority voting is considerably high.”

Tuomas Ojanen is a professor of constitutional law at the University of Helsinki. Picture: –

Ojanen points out, however, that last year, with the adoption of the EU Recovery Package the Committee on Constitutional Affairs decidedthat the recovery package marked a significant transfer of competences to the EU in terms of sovereignty. As a result, its adoption required a two-thirds majority of the votes cast in Parliament.

The decision was taken in committee after the vote by the smallest possible 9-8 votes.

According to Ojanen, the decision-making in the recovery package lowered the threshold for qualified majority voting than was originally intended when the constitutional reform was intended.

“However, it must be emphasized that the recovery package was linked to the coronavirus pandemic and its decision-making was special in many respects in Parliament. This is not necessarily a precedent, because Finland’s NATO membership talks about a completely different and very foreign and security policy issue, ”Ojanen estimates.

“I would say it would be a rather virgin situation in the interpretation of the Constitution, and I will not go ahead in advance without the information provided by a possible government proposal to assess what the outcome would be.”

Read more: How would a possible decision on NATO membership be made? Would Finland receive security guarantees for the application period? That is what applying to NATO would mean

Why The Finnish constitution was amended in 2012 so that Parliament can make decisions more easily by a simple majority of votes cast?

The background is Finland’s accession to the European Union in 1995 and its internationalization. They were accompanied by the built-in idea that there would be restrictions on the sovereignty of the Finnish legislature from the outside.

“The general trend since the late 1990s has been to ease the idea of ​​sovereignty in the sense that restrictions on sovereignty, sovereignty, are increasingly accepted without the need for qualified majority voting.”

In the constitutional reform, Parliament codified or enshrined such thinking in the Finnish Constitution in 2012.

“Then came the demand that there must be a significant transfer of competence to the European Union or an international organization before qualified majority voting is triggered. The mere transfer of powers is not enough, but only if it is significant within the meaning of the Constitution. “

Read more: A NATO referendum would be too big a risk for hostile attempts at influence, says the election director: “I would not support”

Ojanen also notes that the provision in the EU Treaty on mutual assistance did not require a qualified majority in the context of the constitutional review of possible NATO membership.

He says, however, that the EU Treaty’s provision on mutual assistance is written in a very binding way: “If a Member State is the object of an armed attack on its territory, the other Member States have an obligation to provide it with all the means at their disposal.”

According to Ojanen, NATO’s famous Fifth Article, which states that an armed attack on one member state must be considered an attack on all, is less clear as to the extent to which providing assistance is an absolute legal obligation for NATO countries.