One of the monumental coats of arms located in the state museum. / HUERMUR

The almost twenty monumental coats of arms, with unique pieces from the years 1600 and 1701, present “a deplorable conservation, full of dirt, humidity, verdigris and even dead birds that remain for weeks”

The Association for the Conservation of the Heritage of the Huerta de Murcia (Huermur) filed a complaint for the shameful state of conservation of the collection of 18 heraldic shields declared a Site of Cultural Interest BIC and located in the Archaeological Museum of Murcia (MAM).

Huermur points out that the almost twenty monumental coats of arms located in this state-owned museum, and managed by the Autonomous Community of the Region of Murcia, presents “a deplorable conservation, full of dirt, humidity, verdigris and even dead birds that remain weeks” . In several visits made to the MAM during these Spring Festivals “the image of the so-called ‘Patio de los Escudos’ was totally unworthy for a museum of this level, offering a Dantesque stamp on the big days of the city,” they indicate from Huermur.

See also  “In the background there is room”, queen of the Peruvian series? This scene that 'broke' TV proves it

Huermur registered a formal complaint with the General Directorate of Cultural Heritage of the Ministry of Culture so that this situation is resolved immediately, also requiring “that urgent precautionary measures be ordered for cleaning, conservation and adaptation to current legislation.”

The conservation entity recalls that among almost twenty BIC shields located in the Museum there are unique pieces from the years 1600 and 1701, as well as an important collection from palaces in Murcia from the 17th and 18th centuries, as well as from a stately home and from the Aljucer mill in the Murcia orchard.

The collection of coats of arms in stone that the Archaeological Museum of Murcia preserves is a small sample of those palaces and emblazoned buildings in which the nobles and prominent families of the city of Murcia lived. The coat of arms is a set of symbols that identify and indicate the traits of a monarch, a family, a knight, a town, etc. and is usually depicted on a shield.

See also  Pelé: the latest that is known about his state of health

The president of Huermur, Sergio Pacheco, spoke in the same vein, pointing out that: “it is not acceptable that the Archaeological Museum of Murcia maintains in these deplorable conditions a very unique collection of heraldic shields that forms part of the cultural legacy of Murcia, and who are witnesses to the splendor that the city once had”, adding that “this museum should be the first to set an example in the conservation and custody of the historical and cultural heritage of our land”. 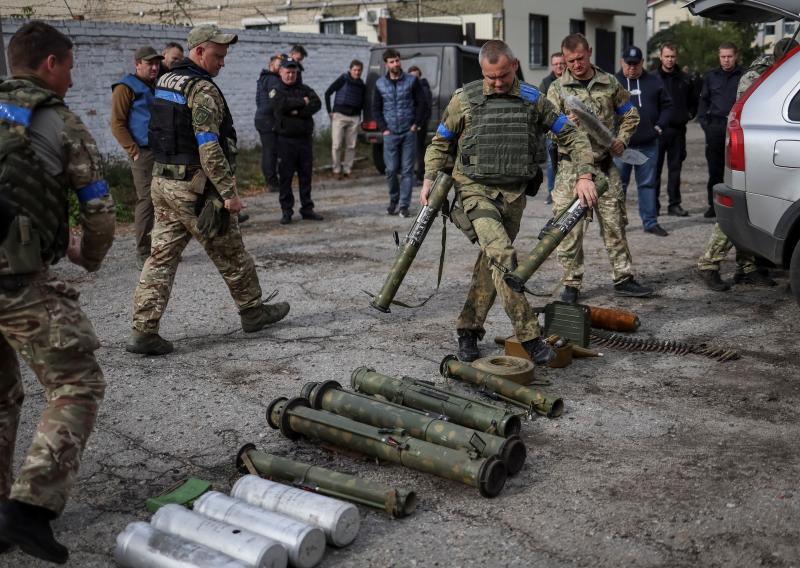 Ukrainian policemen remove the weapons left by the Russians in a town in Kharkov during the counteroffensive ReutersChechen leader Kadyrov... “Rick and Morty 6”, chapter 5 ONLINE: where, when and what time to watch the Adult Swim series?

"Rick and Morty" star tv series adult swimming created by Justin royland and Dan harmony, has come with everything with... Mary Leon was arrested in the early hours of Saturday, October 1 for assaulting a police officer from Seville, Spain....

Concentration this Saturday before the Naval Hospital of Cartagena. / JM Rodriguez/agm"We will not be the nerve center of illegal...

Luis Díaz, patented move: he had already done it with Junior: video