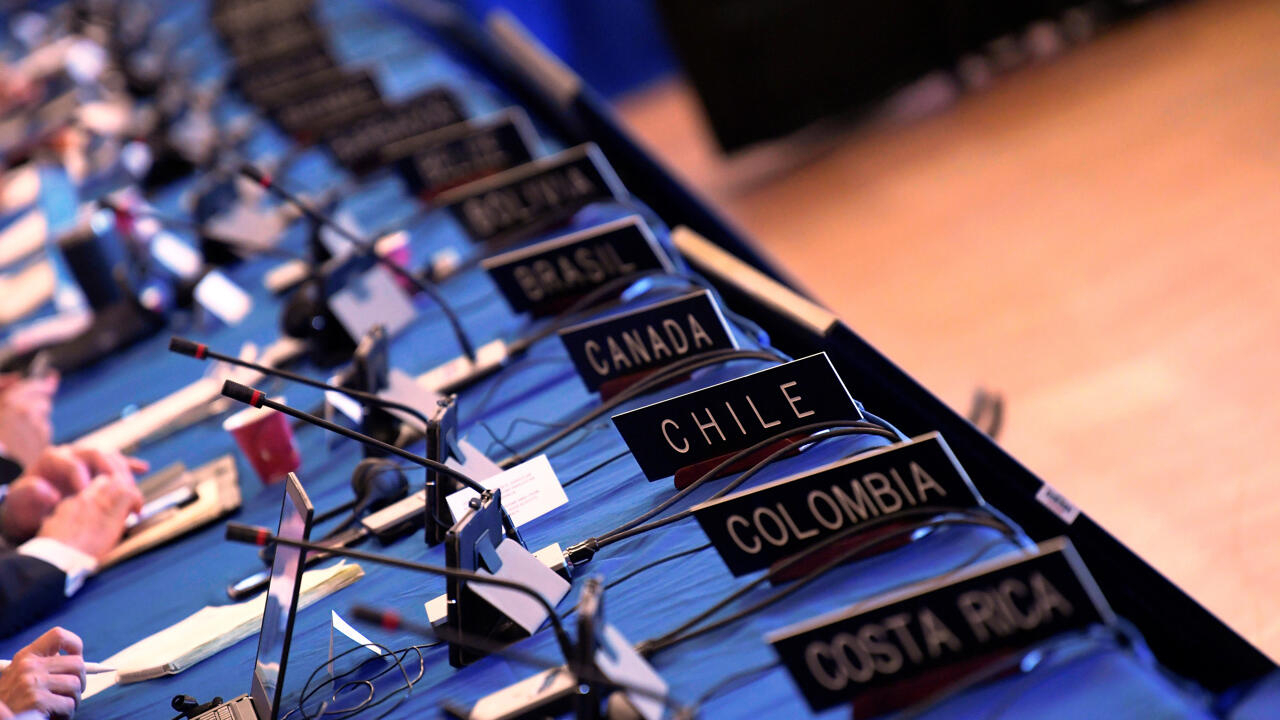 The Peruvian Foreign Ministry and the Organization of American States confirmed that a commission from the organization will visit the Latin American country to analyze its political situation. After a meeting in Washington, the representatives of the member countries accepted the request of Peruvian President Pedro Castillo who had denounced that his country’s democracy is at risk since the Prosecutor’s Office filed a constitutional lawsuit against him before Congress.

A respite in the midst of political chaos. The Organization of American States agreed to send a “high-level group” to Peru to analyze the political situation in the country. The resolution is framed as an achievement for Peruvian President Pedro Castillo who had requested to activate the Inter-American Democratic Charter, a mechanism to “preserve democracy.”

It was an ace up the sleeve of the president who is once again jeopardizing his permanence in office after the attorney general, Patricia Benavides, filed a constitutional lawsuit against him for allegedly directing a “criminal network.”

In this context, Castillo had pointed out that democracy in his country was compromised and that the Public Ministry was implementing “a new type of coup.”

See also  Protests in Peru: Demonstrators try to take over the Arequipa airport

In response to the president’s call, the OAS responded after a special session held by its Permanent Council on Thursday.

“We endorse the resolution of the Permanent Council of @OAS_oficial and we are available to provide support and cooperation, at the request of the Government of #Peru, through efforts to promote dialogue and strengthen its democratic system of government,” said Luis Almagro, Secretary General of the Organization.

We endorse the resolution of the Permanent Council of @OEA_oficial and we are available to provide support and cooperation, at the request of the Government of the #Peruthrough efforts to promote dialogue and the strengthening of its democratic system of government. https://t.co/ZthtwP9ruz


For his part, Castillo celebrated the visit and on his Twitter account he assured that: “The Peruvian people can no longer support political confrontations. Neither the politicization of justice. Nor the judicialization of politics. We must all initiate a dialogue for a commitment national, democratic and social that stabilizes democracy and makes its alteration impossible.”

What factors led to this resolution?

On Wednesday, Castillo invoked Articles 17 and 18 of the Inter-American Democratic Charter. The first stipulates that the president may “apply to the Secretary General or the Permanent Council in order to request assistance for the strengthening and preservation of democratic institutions.”

The second, for its part, ensures that the Organization has the power to “adopt decisions aimed at the preservation of democratic institutions and their strengthening.”

In addition, the president asked the OAS to lead a “consultation process with all political forces, the powers of the State and social forces” in search of “a path that prevents a serious alteration of the democratic order in Peru.”

The text invoked by Peru was adopted in 2001 and sought to consolidate itself as a tool for the 20 countries that recognize the Inter-American Court of Human Rights and that are part of the OAS.

Thus, this Thursday the country’s Foreign Ministry celebrated the decision assuring that the Inter-American Democratic Charter is “the main multilateral instrument at the regional level in terms of preservation and defense of democracy, which provides mechanisms to promote and consolidate it, with full respect for the state of constitutional law and order.

The Inter-American Democratic Charter is the main regional multilateral instrument for the preservation and defense of democracy, which provides mechanisms to promote and consolidate it, with full respect for the rule of law and constitutional order.


Castle in limbo since the constitutional complaint

It is not the first time that Castillo has faced a political crisis. The president has had constant cabinet changes and has overcome two vacancy requests.

But the problems for the president are far from over. The president has six ongoing investigations in the Prosecutor’s Office.

Now, Castillo sees his permanence in office threatened since the constitutional complaint filed by Benavides in which he claimed that the president had engaged in acts of corruption and that he allegedly leads a criminal network.

While the Prosecutor’s Office has indicated that it has more than 190 pieces of evidence against him, Castillo assures that the complaint is unconstitutional. According to the Constitution, the president can only be removed from office for crimes of “treason against the fatherland” or crimes against democracy.

Luisa Agudelo: the youngest of the U-17 team is also the safest