War of Ukraine A dozen women and children fleeing the war in Ukraine arrived in Helsinki on the Tallinn ferry on Thursday: “Thank you for welcoming us” 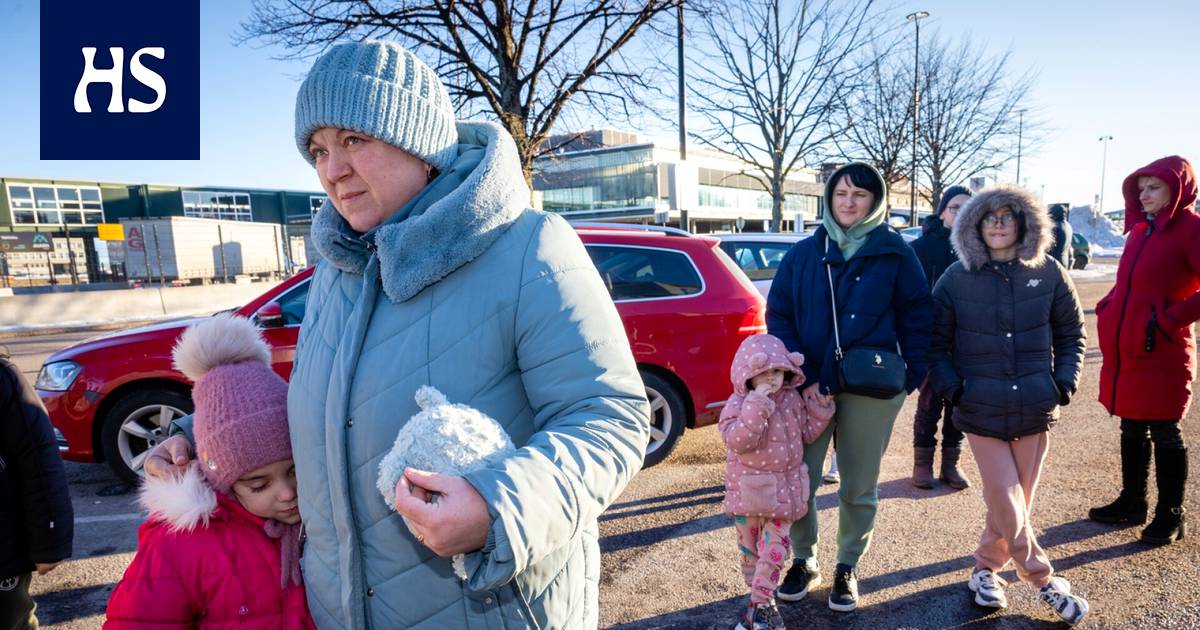 A group of about ten people came to Finland on a voluntary basis.

“Almost every hour came an air alarm. Then I had to go into the basement to hide and stay there, ”he says Taisa Zelenyuk events of recent days in his hometown of Ukraine.

Zelenyuk is from the city of Uman in the province of Cherkasy.

He is one of the hundreds of thousands of Ukrainians who fled the war. On Thursday afternoon, Zelenyuk arrived in Finland on the Tallinn ferry with his children Sofian and Nazarin and with about ten other women and children.

Some women are related to each other through their spouses. Zelenyuk calls them his sisters, even though they are not blood relatives.

Zelenyuk does not speak English, so the discussion will be through an interpreter.

Zelenyuk says that her husband, parents, two sisters and their children are still in Ukraine. So do the spouses of other women.

Tears well up in Zelenyuk’s eyes. It’s hard to put emotions into words.

“It is very difficult to leave home, own house, husband and parents and go to another, foreign country,” Zelenyuk says.

“Thank you for welcoming us.”

Everyone relatives who arrived in Finland with the group. Zelenyuk and her children are next heading to her sister.

Zelenyuk’s six-year-old daughter Sofia sometimes runs around and introduces guests to a plush toy she has brought with her.

“Tell me what you did on the first day of the war,” Zelenyuk tells Sofia.

“I went into hiding in the closet”

“And what did you do in the closet?”

“I prayed when the bombs fell.”

He says he saw a missile hitting an apartment building near his home. The top layers were destroyed immediately.

“At that moment, I decided I needed to take the kids along and leave,” she says.

See also  Putin's troops in the Donbass. Zelenski: “We will not sell anything”. The UN: risk of war. Moscow: open to diplomacy

After the conversation, there is a surprisingly loud, rumbling sound in the vicinity of the West Harbor. The women startle when they hear the sound.

The interpreter says they’re probably afraid something will explode.

The first Ukrainians fleeing the war arrived in Finland the same week that Russia launched an attack on Ukraine. It is unclear to the Finnish Immigration Service (Migri) how many Ukrainian refugees might be coming to Finland. However, the Ministry of the Interior is also preparing for the need for Finland to receive large numbers of refugees from Ukraine.

The women and children who came to Finland on Wednesday arrived in cars, vans and ferries. They were assisted by four volunteer drivers.

“We decided to go help when people from Finland contacted us. All of these people have relatives in Finland, ”one of the drivers Valentyn Burdin says.

See also  Death Liliana, "for all it was me but the truth is close". Visintin vent

Macron: "The worst is yet to come" in Ukraine