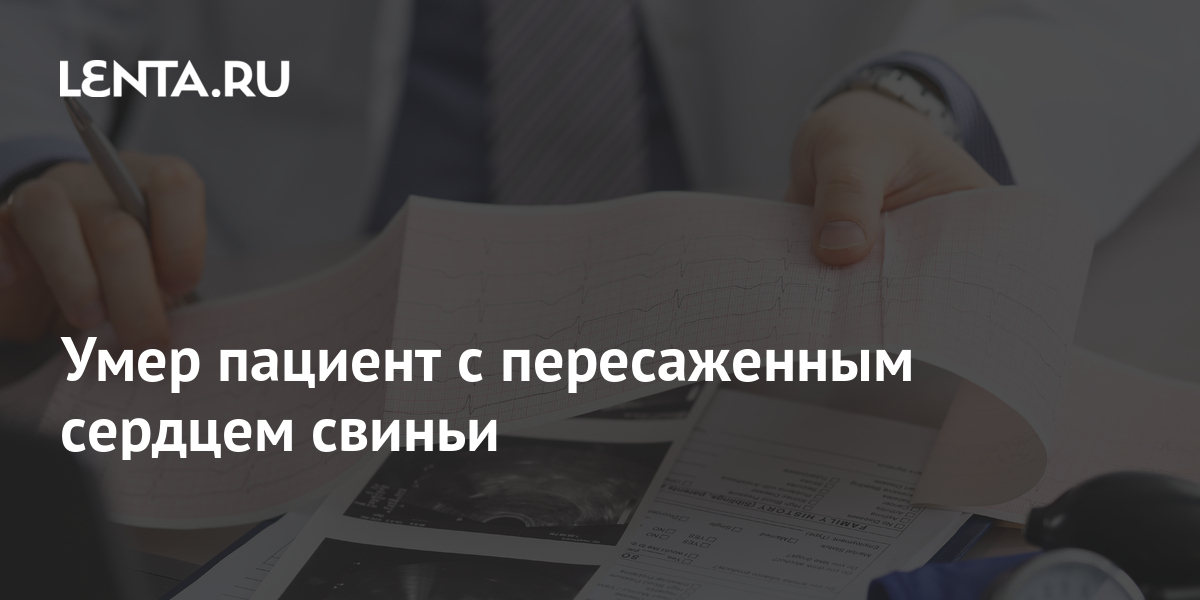 David Bennett was 57 years old, he was ill with a serious heart disease, and they refused to put him on the waiting list for a heart transplant. Then he agreed to take part in the “xenoheart” transplant experiment, which was carried out in January 2022.

After a successful surgical intervention, the patient was recovering, he underwent physiotherapy, spent time with his family, but a couple of days before the death, the man’s condition began to deteriorate rapidly. The cause of death has not yet been determined, as an autopsy has not yet been performed.

Surgeon Bartley Griffith, who performed the operation, expressed his regret, saying that he was extremely upset by the death of the man, because he was a very brave man. Also, the youngest son of David Bennett expects that this event will serve as a hope for the further development of this field for many, and not serve as its end.

Transplantation of a genetically modified heart was carried out in mid-January at the Medical Center of the University of Maryland in the United States. Doctors then noted that the operation performed for the first time showed that the heart of an animal can function like a human heart without immediate rejection by the body.

Lost Ark will catch up with the Korean version "quickly", promises Amazon Games