Literature Children’s author Larysa Denysenko could not have believed that war would come to Ukraine, and now she is living in the midst of bombing – Denysenko’s book published in Finnish in support of Ukrainian children 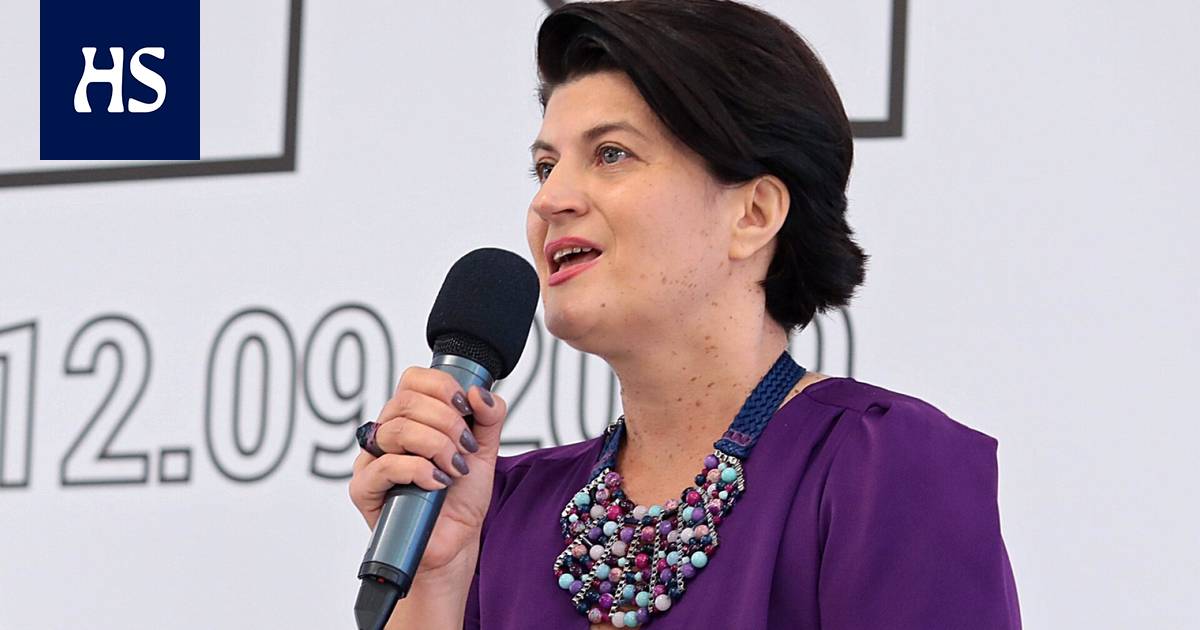 “We are part of European civilization and the ecosystem. If we are destroyed, it will affect all countries in Europe and the world, ”says writer and human rights activist Larysa Denysenko.

Answer Kiev will be in just a few hours.

“I am sitting in the hallway writing this post and I have heard two horrific explosions in a short time,” Ukrainian writer, lawyer and human rights activist Larysa Denysenko write.

She lives with her elderly parents. Because the parents are in poor condition and unable to move, Denysenko’s family cannot escape the bomb shelter from attacks.

“My father was born in Kiev and he was four years old when the Nazis occupied Kiev. He is now 84 years old and the Russian Nazis are besieging Kiev. He hears shots, explosions and sees enemy missiles outside our window. ”

Denysenko’s message is unbelievable and desperate.

“I would never have been able to imagine living such a nightmare in the spring of 2022. We feel insecure and pray every day that the inhabitants of the suburbs of Irpen, Vorzel, Buchan and Gostomel in Kiev will be able to be saved because the Russians have destroyed their homeland,” he says.

Fortunately, emails and Messenger messages have been operating in Ukraine during the war.

Through Messenger, Tammi’s children’s book publisher Saara Tiuraniemi immediately on the second day after the outbreak of the war, he caught Denysenko’s publisher and colleagues Lilia Omelianenko.

Shocked by the war, Tiuraniemi wanted to help the Ukrainians and said he would buy a children’s book from Omelianenko’s publishing house as soon as possible, the advances of which he would pay immediately.

The decision of Denysenko’s children’s book Hut and friends was born in an hour. At the same time, a Ukrainian expert and translator had become a translator Eero Balk. Only a short time later, the pdf file of the book and the invoice had arrived in Tiuraniemi Messenger, so the advance payment could be paid immediately to Ukraine.

The Ukrainian publisher of the book, Omelianenko, says on Facebook that he was extremely pleased to be contacted by Tiuraniemi, as he had felt guilty about not being able to take part in defending the city because of his family. He had to take his two children, a cat, and his old mother out of Kiev.

“Surprisingly, we became useful in our element – in publishing books. And thanks for all this, thanks to our great partners abroad, ”he writes.

The decision to translate Larysa Denysenko’s children’s book Maja ja friends was made in an hour. Picture: Oak

In the story, the reader meets a child that the mother is raising alone. The other lives her daily life with her grandmother because her mother works as a babysitter in Italy and her father as a meat cutter in the UK. One of the children originated through fertility treatments and the other has two mothers.

“Every child should be allowed to feel love and feel safe, no matter what their family is like. The world is changing, people are changing, and the perception of the traditional family is changing, ”Denysenko says. The book is illustrated Masha Foya.

The book appeared In Ukraine in 2017, when Russia had taken over Crimea and temporarily occupied part of the Donetsk and Luhansk regions. For the Finnish reader, it is a reminder that Ukraine has lived in a state of emergency and under the threat of war for many years.

In the story of the children’s book, it shows that one of Maja’s schoolmates is a Crimean Tatar whose family has lost their home twice. First, indigenous peoples were deported from Crimea when Ukraine was part of the Soviet Union. For the second time, they lost their house and land when Russia occupied the Crimean peninsula in 2014.

There are also classmates whose parents are missing.

“Every child should be allowed to feel love and feel safe, no matter what their family is like,” says author Larysa Denysenko. Picture: Oak

Now Russia the aggressive attack affects the whole of Ukraine.

Denysenko says that according to official statistics, 40 children have been killed and more than 70 injured in the war that began two weeks ago.

“Russians are firing on civilians, bombs are being dropped on maternity hospitals, residential areas and children’s hospitals, and the number of deaths and injuries is growing all the time. People cannot be evacuated from Mariupol and no humanitarian aid can be taken there, so at least one child has already died of dehydration, ”he writes in the stairwell in Kiev.

He is concerned about the effects of the war on children as families are forced to leave their homes and families break up.

Hut and friends will be published in Finland next month.

All major book retailers are involved in the campaign and do not accrue sales revenue from the book.

There is also oak disseminated the book to its international publishing networks and helped them connect with the Ukrainian publisher.

Hut and friends The rights to the book have been bought by at least Swedish and British Bonnier, Polish Kropka Publishing House, German Rowohlt and Estonian publishing house Koolibri. Förlaget, which publishes in Swedish, will also join Finland.

At the end of the interview, author Denysenko thanks the Finnish people and government for the support his country has received and asks us to continue to provide assistance.

“We are part of European civilization and the ecosystem. If we are destroyed, it will affect all countries in Europe and the world. ”

The war in Ukraine has aroused a huge desire to help Finnish cultural operators.

Among other things, the publishing houses owned by Bonnier, Werner Söderström Osakeyhtiö in Finland, are donating EUR 165,000 to Ukraine through the Red Cross and the United Nations High Commissioner for Refugees (UNHCR).

Otava and Suomalainen Kirjakauppa have also donated 50,000 euros to the Finnish Red Cross to support the victims of the Ukrainian war.

Similarly, the Central Organization for Culture and the Arts KULTA and its member organizations have donated a total of 31,000 euros to children in Ukraine through Unicef.

Victims of war charity concerts are also organized to help.

Thursday 10.3 An Auta support concert will be held in the White Hall of Helsinki, featuring, among other things, Seasoned Works, Isaac Sene and Ursus Factory. The concert is based on a number of individuals influential in the field of culture.

Yle also organizes its own at the Culture House Help to Ukraine -support concert, which will be televised on Saturday 12.3. The concert will feature a large number of leading Finnish artists.

Tampere’s art institutions will hold a multi-art support concert for the victims of the Ukrainian crisis on Wednesday 16 March at 7 pm in the Great Hall of Tampere Hall. Help Ukraine! The Tampere Philharmonic will be conducted by a conductor Jan Söderblom.

The support concert of the National Theater for Ukrainian children will be held in Helsinki on March 20.