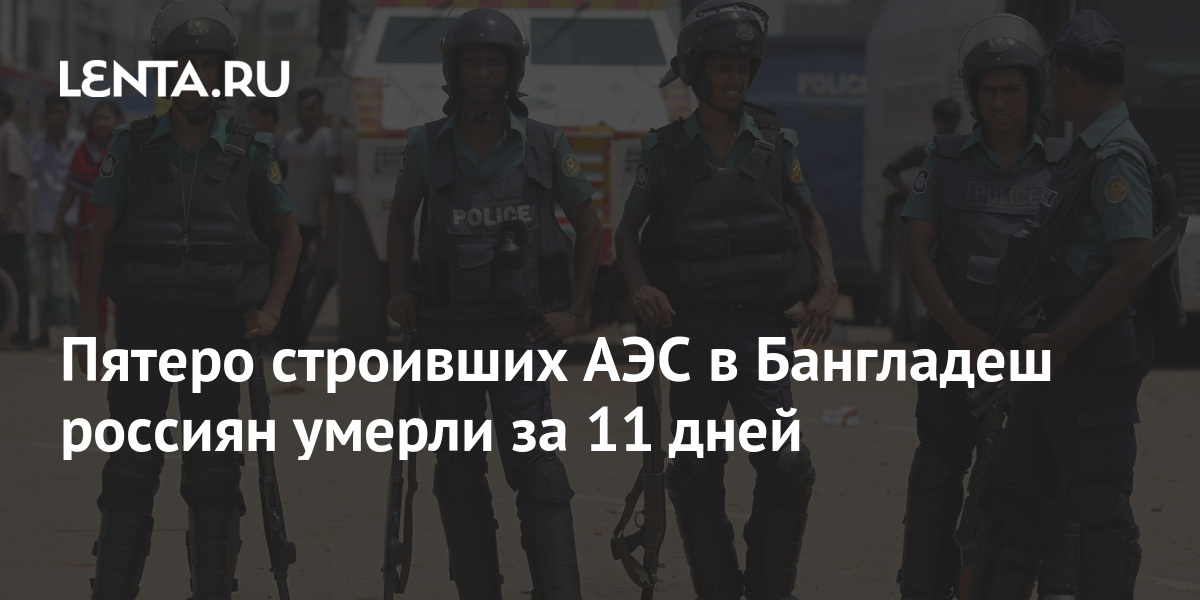 In Bangladesh, local police launched an investigation after five Russians died at once in the province of Pabna over the past 11 days. This publication reports UNB.

According to him, all the dead worked at the Rooppur nuclear power plant under construction. The first of the Russians, 48-year-old Alexei Barchenko, died on January 28 at a medical center near the town of Ishvardi, where he was undergoing treatment. Then, on February 2, 40-year-old Alexei Shakirov died in his sleep, and on February 5, 48-year-old Pavel Shchukin, who worked as a mechanical engineer in a subcontractor, died after a sudden illness – he was treated in the same medical facility as Barchenko.

On the same day, 59-year-old Vasily Tolmasov died – his body was found at the door of an apartment in a residential complex where all the Russians involved in the construction of nuclear power plants live. The next day, February 6, 45-year-old Alexander Vorotnikov was found dead in the same LCD.

Ishvardi, the head of the police station, said that nothing suspicious was found following the results of the autopsy of the bodies of the dead. In particular, it was found that one of the Russians suffered from heart disease, and the other used drugs. However, the police spokesman said the investigation will continue.

The communications department of Rosatom confirmed to Lente.ru the information and the deaths of the Russians. They noted that speculation appeared in social networks and the media with their own versions of the causes of death of the power plant employees. “At the moment, we are providing all kinds of support and are cooperating with the investigation team working to establish the causes of each death,” the state corporation said.

“We will take all necessary measures to prevent such unfortunate incidents in the future,” the press service added.

The construction of the Rooppur NPP began in 2013, 160 kilometers from the capital of Bangladesh, Dhaka. It is assumed that the first unit of the power plant will start operating in 2023, and the second in 2024.

See also  Stock Exchanges Meme shares and the power of the online nation were confused in 2021 - Is it time to bury the old laws of the stock market?