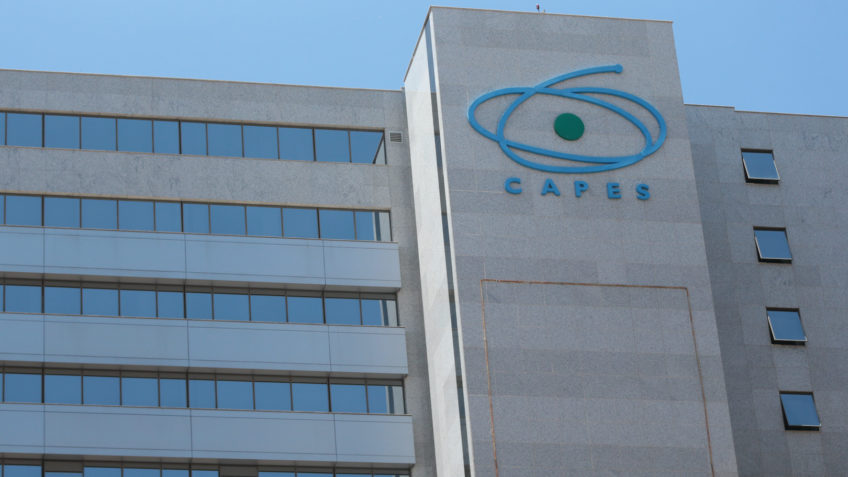 The ANPG (National Association of Graduate Students) declared It was on the morning of this Friday (9.Dec.2022) that Capes (Coordination for the Improvement of Higher Education Personnel) resumed making payments to postgraduate scholarship holders. Scholarships were frozen because of contingency in the budgetary resources of MEC (Ministry of Education).

According to the association, the payment was made this Friday and should fall into the scholarship holders’ accounts next week. For Banco do Brasil customers, payment must be made by Monday (12.Dec.2022) and, for users of other banks, by Tuesday (13.Dec.2022). ANPG said it was monitoring “closely” the payments.

After the entity’s announcement, Capes confirmed the payment of scholarships. In the institution’s official account at twitterthe Foundation team said they had worked to ensure that payments were made “as soon as possible”🇧🇷 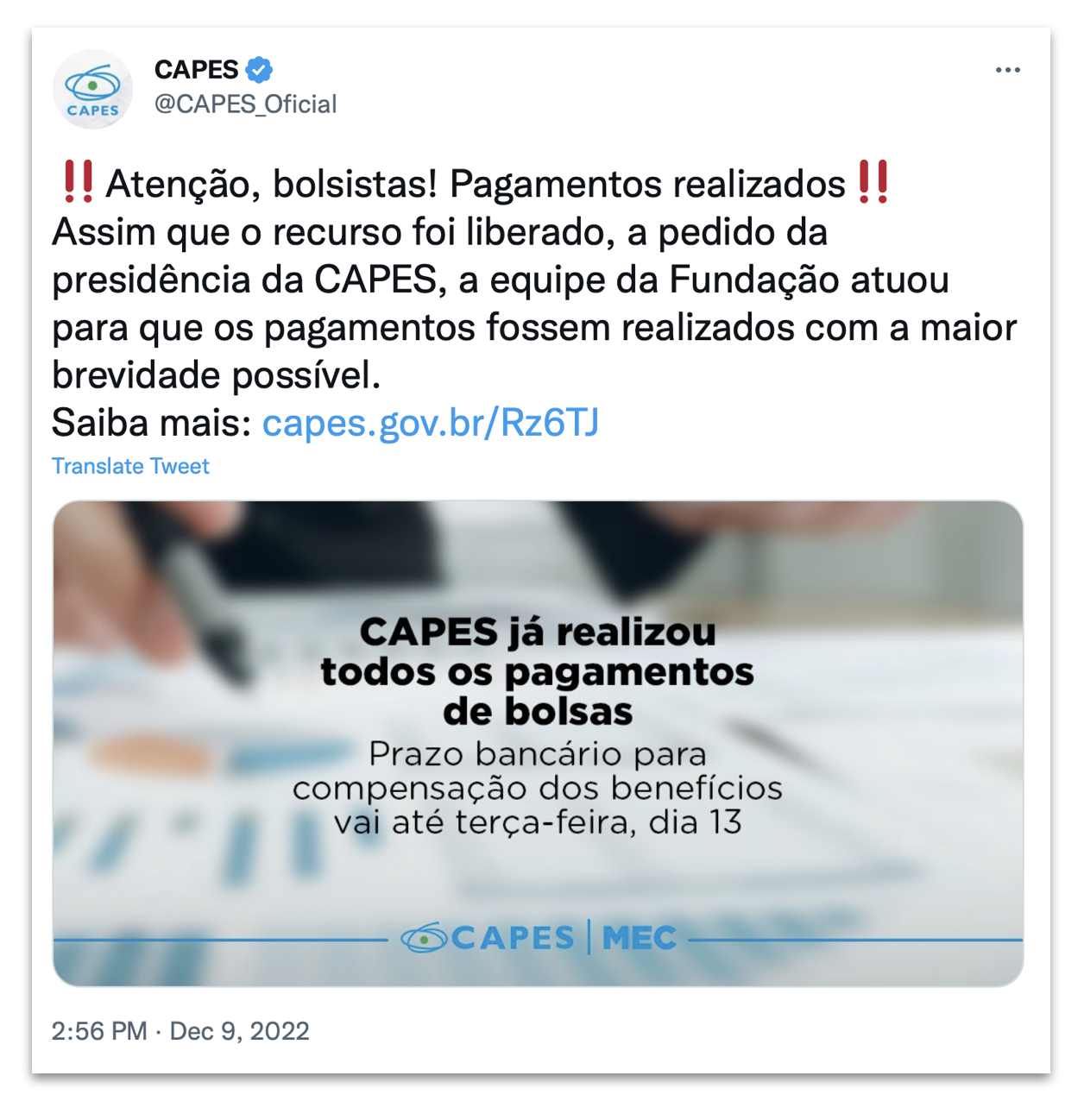 The payment of postgraduate scholarships comes after the Minister of Education, Victor Godoy, announced on Thursday (8.Dec.2022) the release of BRL 460 million for expenses in the area.

He said that, of this amount, R$ 300 million were for the transfer of resources to MEC entities, such as the payment of “100% of the student assistance grant, PET grants, Prouni permanence grant, among others”🇧🇷

In addition, the minister had ensured that the payment of Capes grants was “guaranteed”.

Blockages in the MEC

The Ministry of Education had again blocked the budget of federal universities and institutes, hours after having released the amounts🇧🇷 The information was provided by Conif (National Council of Institutions of the Federal Network of Professional, Scientific and Technological Education).

The blocking of funds had been accomplished on November 28th. The MEC did not report the retained amounts. According to UNE (National Union of Students), R$ 1.68 billion was blocked in the folder. From universities, R$ 224 million were withdrawn. With the release announced by the minister on Thursday, there is still R$ 1.22 billion blocked.

On December 1, Andifes (National Association of Directors of Federal Institutions of Higher Education) issued a statement stating that the MEC had gone back on the blockades🇧🇷 Hours later, around 7:30 pm, the withholding of the funds came into effect again.