Accomplished hack to the Tagus Transfer

The third vice president of the Government, Teresa Ribera, yesterday at the press conference after the Council of Ministers. / EFE

Teresa Ribera will raise ecological flows without conditions, and gives the lace to the aqueduct in exchange for more desalination

The Segura basin is now facing “a totally disproportionate economic, social and environmental cost”, as well as a series of “indirect and induced contractive effects in a cascade in the economic activity of the Region”. This is how the Segura Hydrographic Confederation assesses the impact that the increase in ecological flows of the Tagus will cause in the irrigable areas of the Transfer in the coming years. With the protest of the irrigators in front of the La Moncloa palace, the Council of Ministers approved this Tuesday the Plan del Tajo, which will significantly cut transfers to Levante, especially for irrigation.

Despite the opinion of the Council of State, which recommended making ecological flows compatible with the Transfer, Minister Teresa Ribera did not change her roadmap and specified at a press conference that, “in the worst scenario”, there will be a reduction in shipments of water to the Levant that will oscillate between 70 and 110 cubic hectometres on the horizon of the year 2027.

draft of the Tagus Plan 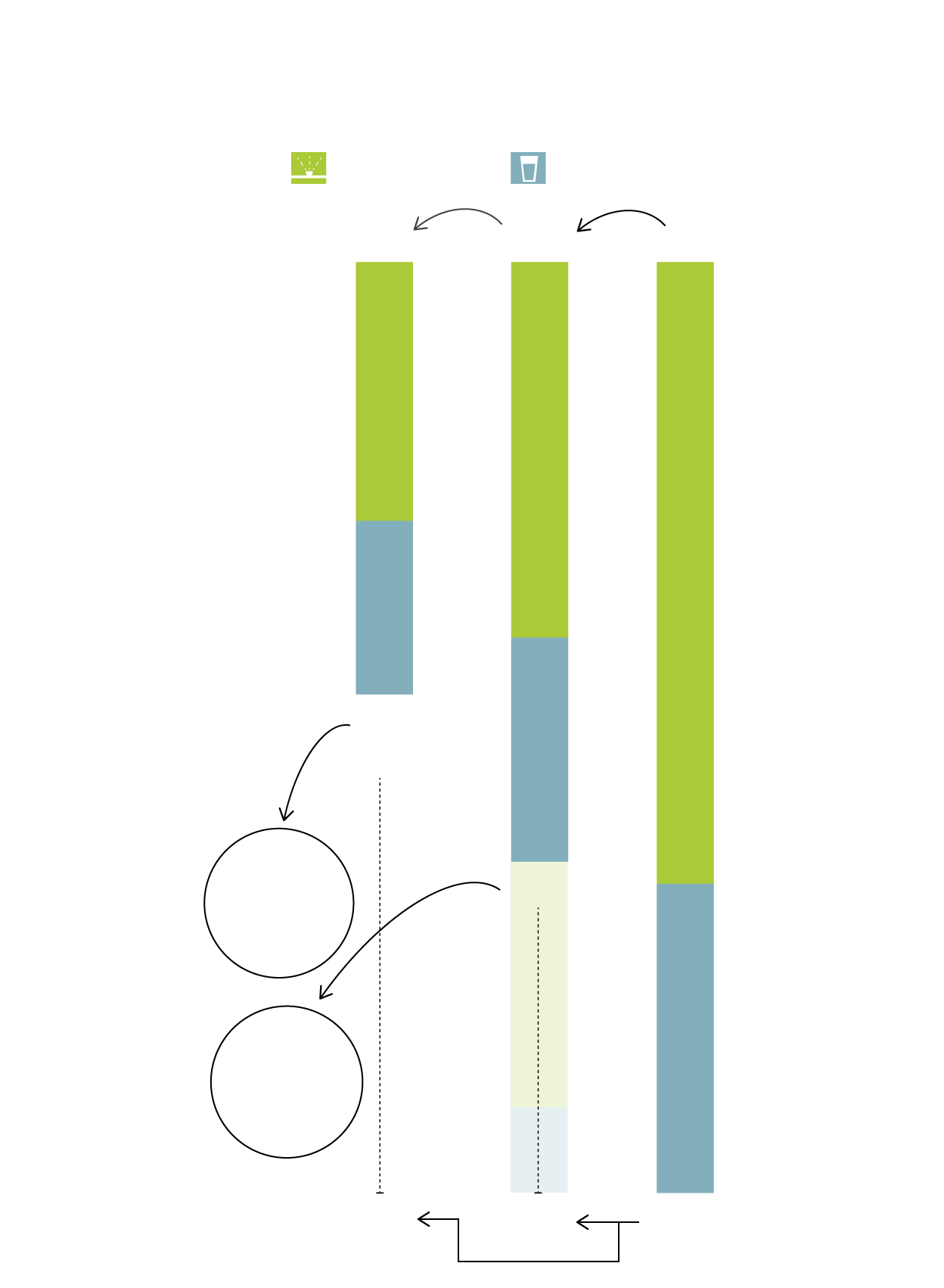 Transferred volume horizon according to the draft Plan del Tajo

He indicated that this decrease is expected to be compensated with 140 hectometres corresponding to desalination. As feared by the irrigators and the Levante Water Tables, the minister has turned a deaf ear to her demands and will apply her plan to the letter to reduce transfer and increase desalination. The increase in flows and the reduction of the Transfer will be a reality from the publication in the BOE, compared to the package of promises and measures to be executed by the Ministry,

The cut represents a 40% reduction in the transfer of water from the Tagus for irrigation in the Segura basin. The irrigators disagree with the desalination offer, since they consider that the real additional resources, on top of the production that already exists, will not reach 40 hectometres for crops, according to the Segura Basin Plan.

The minister has left a previous agreement with Ximo Puig and José Vélez to cushion the impact of the transfer on paper. While the irrigators demonstrated at the gates of La Moncloa, Teresa Ribera explained that the minimum flow will increase in the Alto Tajo from 6 to 7 cubic meters per second over the next three years. From 2026 it will rise to 8, and in 2027 to 8.6, as stated in the Tagus Plan. The text of the royal decree approving the majority of basin plans will go to the BOE for immediate application. The wording includes some changes that do not alter the objective of the Government of Pedro Sánchez. The novelty is that a new system for calculating ecological flows will be developed within 18 months, as proposed by the Council of State.

“Commitment to the Levant”

The vice president considered that there is time to have “additional resources” in the Levant mainly through desalination. She stated that with the alternative measures, 140 hectometres can be obtained in the coming years. “It is a volume greater than the water that at most would stop being transferred,” she added. “You can’t control what rains, but you can control what desalinates,” she said. “Alicante, Murcia and Almería will have water,” she added.

Teresa Ribera exposed the complete package of her plan to replace the water from the Tagus with desalinated water and stated that there is “a total commitment from the Government with the Levante”, which considers the area with the “drier basins” and requires additional investments. She opted for a comprehensive management of resources, since in her opinion it cannot be that due to “mismanagement”, water from aquifers is cheaper than desalinated water. The new national planning includes an investment of more than 22,000 million euros.

He recalled that as a result of climate change, water contributions have been reduced by 12%, and that projections up to 2050 show an additional decrease of 14 to 40%. He considered that it is necessary to anticipate and “ensure the availability of water in the areas with the greatest risk.” He pointed out that for the first time, ecological flows are set in the Tagus, the largest river, which they intend to apply in such a way that “it does not pose any risk to the availability of sufficient resources in the receiving basins” of the Transfer. Teresa Ribera pointed out that the Government does not want there to be an “unaffordable burden” on farmers, so there will be a ceiling price of 34 cents for desalinated water. Said rate is a base price offered by the Ministry, pending that the irrigators accept and sign the agreements with Acuamed. The increase in desalination with photovoltaic energy and the interconnection of the plants will involve an investment of 547 million euros.

A dubious nod to Ximo Puig to calculate ecological flows

Following the objections of the Council of State, the Ministry has introduced a new provision so that within 18 months from the entry into force of the decree, an order to update the hydrological planning instruction is approved. “In particular, the order will establish the technical criteria and methodologies for the determination of ecological flows for the set of river basin districts, with the specificities that are required,” the text states. It is a concession to Ximo Puig, although there are doubts about what practical consequences it would have on the scheduled increase in flows, since any revision is left for the next planning cycle. The decree also specifies that there will be a detailed monitoring of the state of the water masses, and that “the impact of ecological flows on the transfer basins” will be analyzed, taking into account the measures of the CHS to mitigate the effects.

The approved decree indicates that from the year 2025 the results of the application of the ecological flow and its impact on the Transfer will be evaluated, but the results will be applied in the next planning cycle, from 2027. The minister made a “acknowledgment express” to the president of the Valencian Community, Ximo Puig, for his will so that these investments are “transparent” and “participated”. Regarding the opinion of the Council of State, she said that the Government has read “carefully” the recommendations of this body, which has an “adequate” approach.

Sudan seeks international recognition for the sport of "Nuba wrestling"