One election, two profiles: Who do the blacks, the rich, the women or the university students vote for in Brazil? 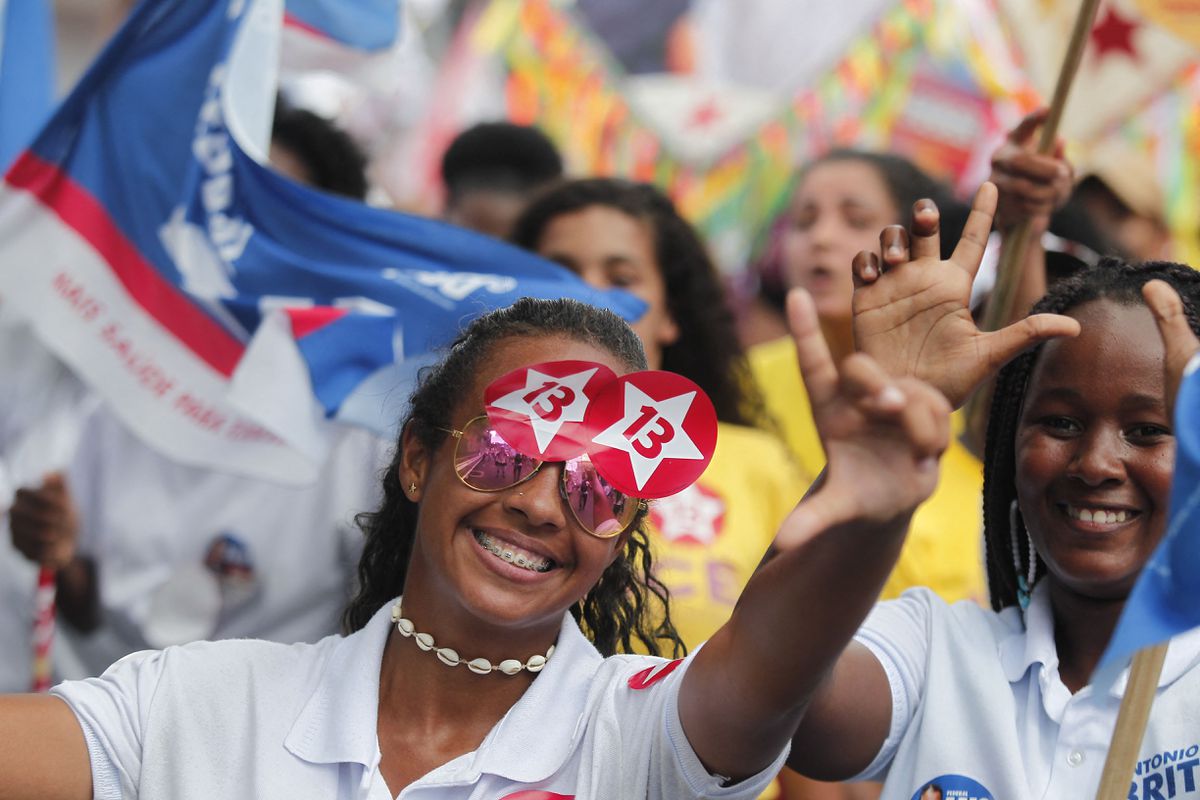 Poor, black, women, young people and from the Northeast; wealthy, white, male, more educated, evangelical, over 60, and from the north. The first group of voters will vote this Sunday mostly for the candidate of the Workers’ Party, Luiz Inácio Lula da Silva. The second will do so for the re-election of the current president, Jair Bolsonaro. Political polarization is such in Brazil that voters are placed in watertight compartments. The former yearn for the times of Lula’s economic boom: between 2001 and 2008 poverty fell from 33% to 15.5%. The latter consider the PT member an incarnation of the communist danger and remember that he spent more than 500 days in prison for corruption. There are no points of contact between them.

“Today we have a partisan cut, with the PT with a very strong identity and brand,” says Claudio Couto, a political scientist at the Getulio Vargas Foundation. “The structure of the entire electoral process has a lot to do with being pro-PT or anti-PT. To this is added that although there was always a division between rich and poor, it was not as clear as it is now, ”he adds.

The voter profiles come from the different opinion polls carried out in Brazil during the campaign. Last May, the Datafolha consultancy, one of the most respected, drew lines by age, origin, sexual identity and education. It found that 55% of people who earn less than two minimum wages will vote for Lula, 60% of those who consider themselves black or mestizo, and 70% of homosexuals or bisexuals. Whoever lives in the northeast will have a 67% chance of electing the former president.

The majority of Bolsonaristas are across the street: 43% earn more than ten minimum wages, 38% declare themselves white, 49% are evangelical. 26% are over 60 years old and only 26% under 24 years old, just the opposite of Lula’s voter. The gender cut is also very clear: 36% of the women consulted said they will vote for the PT, against 16% who will vote for Bolsonaro.

“The support of the poor has to do with the social policies of the Lula period, very positive for those sectors of the population. The poorest had access to houses, electricity, scholarships and social assistance in money. That has left a very positive memory”, says Couto. “Bolsonaro, on the other hand, has had a less positive stance towards social policies. The transfer of money was reinforced for the elections, and that is perceived as opportunism”, he adds. Blacks and mestizos enter that cut, “who are also the poorest,” says Couto.

The support of the rich for Bolsonaro, meanwhile, has more to do with the historical opposition of that sector of society to the PT, than with Bolsonaro. This has worsened, says Couto, because “there is a perception that during the PT government there was a loss of social distinction due to the rise of the poor.”

Datafolha also asked about issues related to the use of weapons, trust in the electronic ballot boxes used to vote, and fear of the pandemic. The qualitative questionnaire replicated the ideological gap that separates the candidates. 80% of Bolsonaro’s supporters agreed that the Armed Forces participate in the vote count, a proposal that the president is agitating as part of his campaign against electronic ballot boxes and the possibility of fraud. Half, meanwhile, agreed or strongly agreed with the phrase “an armed people will never be enslaved.” The same amount considered that his economic condition had improved in recent months. The Lulistas think in a mirror: they do not want weapons, they trust in the security of the electoral system and they feel that their economy with Bolsonaro has worsened.

The latest polls bring Lula closer to victory in the first round this Sunday, October 2, with more than 50% of the votes. If he fails to cross that line, he will face Bolsonaro in a second round, scheduled for October 30.

Greece, attack on the first councilor of the Italian embassy

Attack in the night in Athens against the first adviser of the Italian embassy in Greece Susanna Schlein. This was...