Because Duke-Carolina is the coolest rivalry in college basketball 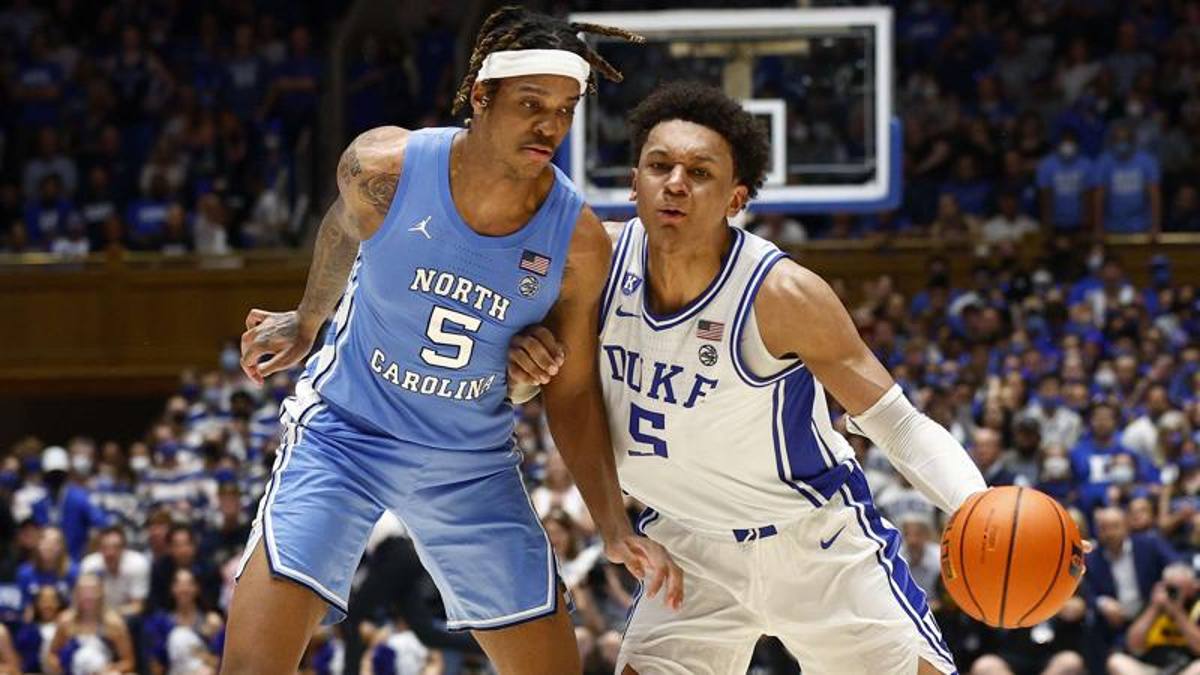 They are only 13 kilometers away. Yet they represent two opposing worlds, they are Athens and the Sparta of US university sport. Duke and North Carolina, blue-blooded collegiate basketball programs, will compete at the Final Four in New Orleans. For the first time in history, after 257 challenges, which made America’s most heartfelt rivalry legendary at NCAA level, they face the Tournament. For a whim of the scoreboard and above all of destiny in the last season of Coach K on the bench of the Blue Devils before the retirement and even with a place in the final at stake. The chance to play for the 2022 national title.

The campuses of Duke, in Durham, and North Carolina, in Chapel Hill are about eight miles apart, on the tobacco route. Duke is a private university, Carolina is a public one. They are both elite universities, although as a student body North Carolina is much larger. The Blue Devils have a national brand, fans all over America. Because the winning image, 5 national titles, 17 Final Four, combined with the legend of Mike Krzyzewski, the 42nd season at the helm of the team, the 13th Final Four, maximum for a coach every era, has an extraordinary charm. They are like the Yankees (New York) in baseball and the (Dallas) Cowboys in football: adored by the “faithful”, sportingly hated by everyone else, who always look at them, but to cheer against, if anything. North Carolina is the college where Michael Jordan played – and triumphed -: the 6 national titles and above all the 20 Final Four, most of all, have as an added value the showcase of the most famous player in the history of the game. In North Carolina university basketball is religion: Duke and Carolina are the only opposites of the local galaxy, made up of a Division I university around every corner. The other most famous and competitive ones are North Carolina State, a less complicated public school for academic requirements and costs than Duke and UNC; Wake Forest, alma mater Tim Duncan and Chris Paul; Davidson, which Steph Curry was released from; Charlotte, the university of Queen City, the main city and NBA home of the Hornets, however, less followed than the protagonists of the March Madness.

See also  It's always Banchero-show and Duke knocks out the Cardinals. The NBA awaits him

Duke and North Carolina have no equal, as “enemies”. The rivalry between Michigan and Ohio State is fierce in football, but we’re still talking about different states. Then there are no comparisons with professional sport: the emotions of the boys, of the students, are amplified by age, the passions are visceral and without profit. Tradition helps: they challenged each other for the first time in 1920, North Carolina leads the series 142-115. The balance, declined to levels of excellence by both, then helps: 51-49 the pro Duke balance in the last 100 challenges. Coach K won 50, lost 47 against UNC, which ruined his last exit at the Cameron Indoor Stadium, the Arena with the parquet named after him: a ruinous defeat this season with all of America glued to the TV. In North Carolina, losing in the regular season translates into a life of hell, of teasing to digest until the next challenge, for a whole year, at work, at school, let alone now that the most important challenge ever is up for grabs. … Better not to make it to the Final Four if this means losing against the most hated opponent.

The possibility that it could be the last match of Coach K’s career makes the event even more awaited, not to be missed. He is the most successful Coach at NCAA level: 101 Tournament successes, even 1129 for Duke. His rival, Hubert Davis, a former UNC player, is a freshman, just taking over from guru Roy Williams, who retired in 2021. Duke is seeded number 2 and the favorite. Of 4 points, for bettors. Because he has 5 NBA prospects: first of all Paolo Banchero, long from Seattle with an Italian passport, All American, point of reference for the attack and top 4 choice for the next NBA Draft. Then Williams, the big stopper center, Griffin, winger with extraordinary potential, veteran Moore, freshman guard Keels, with a football player’s physique. Duke by talent is the team to beat in the Big Easy. But she is young, inexperienced. North Carolina, seeded # 8, has more veterans. In Armando Bacot, phenomenal rebound, and Manek, long white who pulls from the outside, the strengths, And in Love a promising guard, but very alternating, who can exalt or make despair. Difficult to make technical predictions for a game that will be decided above all on an emotional level. Duke versus North Carolina. Athens versus Sparta, for US basketball. There is nothing better…