The koji master who makes Japanese condiments with ingredients from here 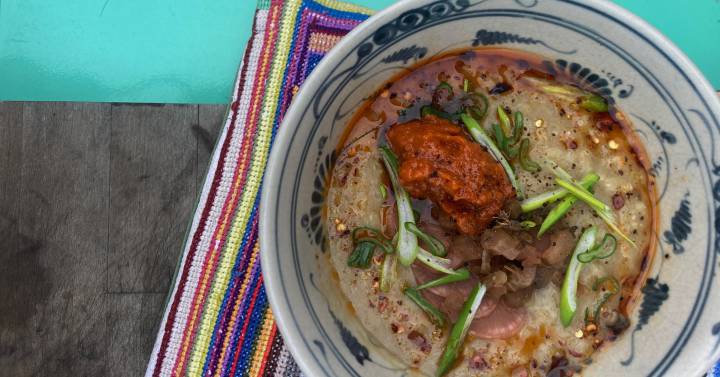 If I say miso, you say soup. If I mention it to María José Mantilla, she returns me a vinaigrette for grilled vegetables, a meat stew, a plate of polenta, a jam and a porridge for breakfast. Also an ice cream. The shadow of miso is long, especially for those who, like her, consider it not an ingredient, but a “tool to enhance flavors.” When mastered, a dish is a festival.

With an Asian food restaurant on every corner, at the moment of tasting the different types of miso or any of the fermented pastes of Ma! Living Seasonings from Asia, the Mantilla brand, the palate should be accustomed to the power of the fermentation of cereals and legumes. Even so, with those of this Colombian resident in Barcelona, ​​the mouth is once again filled with something unknown that makes even the fingertips throb. There is a flavor that is close to the absolute, there are textures, there is color.

It all starts with a hungry mushroom: the koji or Aspergillus oryzae that the Chinese, Koreans and Japanese have been using for three millennia. It feeds on the steamed grain in which it is inoculated and in a few days it has organized a feast of digestive enzymes that convert complex carbohydrates into simple ones. By the time the playlist is over, the house is full of sugars, amino acids, and oleic acids. I mean, umami. “They have a good time!”, says Mantilla who, in addition to being handy, has patience, an essential ingredient when working with tiny organisms that are dedicated to eating, sleeping and reproducing like a bunch of teenagers.

Umami, but from here

The virtue of this graphic designer and cook who changed Colombia for Barcelona to study at Mey Hofmann’s hotel school is knowing how to interpret an ancestral traditional method with a local product. She imports the fungus spores from one of eight laboratories across Japan that are licensed to produce it. “It’s the only thing that comes from outside,” she admits. The rest? Rice from Pals, beans from Tolosa, algae from Galicia, pumpkin from Girona or Añana salt, among other ingredients. “I make Mediterranean umami”, she jokes, but the truth is that the flavors of the peninsula throb in her jars.

Use rice for your kome koji and also other cereals such as barley. In this case, which would be called mugi-koji, adds rice beans from Castilla y León, which gives rise to a creamy and caramelized paste that shines on anything that has passed through the grill. Master the misos, but the same prepares you a hishio of kombu, “an ancestor of the traditional miso with ginger and cayenne” or a amazon, sweet fermented cream of rice that is consumed in Japan as a sweetener for breakfast. She recommends taking it with yogurt and she has an even tastier version to which she adds chestnuts from Viladrau (Girona). More season and more land for Ma!.

One of the queens of his pantry is a version of the romesco sauce fermented for 98 days, romeskoji, which would make even the most Tarragonan cry: base of his kome koji, rice from Pals, marcona almonds, roasted organic tomatoes and garlic, ñoras, salt from Alava and water to sink some socks who make the wave when they discover their end. Whoever dares to organize the party in his own house can find the mother ferments of rice and barley from Mantilla in your online store.

A things by their name

“I have a killer palate,” he says from Barcelona. His Colombian aunts marrying Japanese men was key in his training. “Having access to authentic Japanese produce from a young age changes your perception of flavors. I was always a little strange girl for others. I ate the mustard by the spoonful,” she says. He started in this fermented in 2015 for a health issue and began to produce his own through books such as The Book of Miso by William Shutleff or Cozy Koji of Marika Green. Afraid to work with mushrooms? “I am more afraid of what Mercadona sells or that the industry has managed to make us consider UHT milk dangerous but healthy ancient methods. In reality, human nutrition is completely backwards.”

Despite the fact that his business is to “produce flavor”, one that restaurants such as Enjoy, Mantua, cloudy either Direct Boqueria, for Mantilla it is important to recognize and value the work of those who have preceded her: “I do not stop being an immigrant making food for immigrants. I don’t want to take credit for a process that has been going on for thousands of years. I am not Japanese nor am I trying to appear so, ”she emphasizes. That is why she maintains the original vocabulary to designate his products. Not calling them by name would be like erasing their origins with a stroke of the pen, even though they may be accidental. “In Europe there is a tendency to simplify things to understand them better, to Europeanize everything. Things must be called by the name given to them in the culture to which they belong. It is a way of respecting and disseminating them. The same thing happens when they call me sudaca. As if we were all the same!”

He promises new products in the coming months: he wants to start a line of soaps based on rice distillates, he is going to work with Garrotxa carob beans and he has a gochuyan -Korean spicy ferment- that will be made with apples from the Pyrenees and ñoras. Quite a trip. “In oriental cuisine, umami is a philosophy. There is umami in Spanish gastronomy, in products such as salted anchovies, Iberian ham, cheese, vinegars… but it is used in small proportions. We still need to open our minds to this flavor more”.

While we are training ourselves in this umami thing, María José Mantilla is dedicated to testing us and making sure that the fungus does its thing in the right place and under the right conditions. The koji party continues; and in this the main artist never gets to leave the building.

In the Product of the Month section, we tell the story of foodstuffs that move us because of their quality, their flavor and the talent of the people who make them. No producer has given us money, jewelery or Mercadona gift vouchers to make these items.