Mesmerized by the war in a fixed shot: why the ‘webcams’ from Ukraine are sweeping 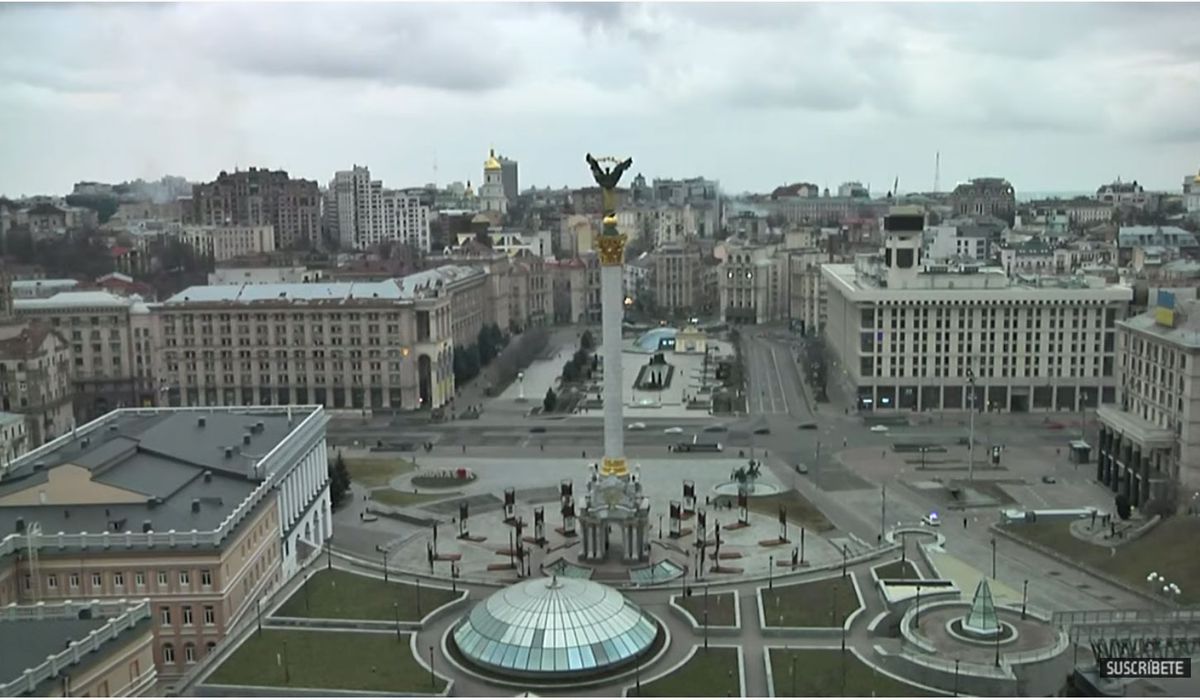 As these words are typed, there are 24,354 people connected to the fixed shot that focuses, live, on the Independence Square in Kiev from the Youtube channel of Washington Post. no voice in off narrates the situation. There are no last hours with superimposed texts that stain the image, sound effects that alert the viewer, or split screens with experts giving their opinion on geopolitical implications. The image, practically naked and without artifice, works as a window with direct sound to what is happening in that corner of a country at war. A few cars, tiny from the aerial point of view, can be seen driving at dusk. Its sound is like that of a placid wave of the sea, passing by a practically deserted city.

the chamber of post It is not the only one that has tens of thousands of Internet users hooked. Most national and international newspapers, including EL PAÍS, have or have had the same connection integrated into their YouTube channels with thousands of other connected users. On February 16, the Reuters agency had to interrupt its transmission from that same square because a prankster, rather than being frightened by a possible air attack, decided that it was the ideal time to fly his drone holding a sign that read “Parking space for sale” as a humorous nod to the whole thing in full escalation overall tension.

“Nothing is fake here; there is no algorithm. It is not a screen on which TV pundits discuss Russia’s next move. The live stream isn’t trying to convince me of anything; it just shows me things as they are. The cars escape somewhere before the sun rises. Window to window, the morning light creeps through the buildings. Kievans begin their morning routine,” he writes. Jane Lytvynenko, a Ukrainian who works as a researcher at the Shorenstein Center for Media, Politics and Public Policy at the Harvard Kennedy School on how this direct and practically silent broadcast calms her anxiety in the face of the terror of thinking about what may happen in her home from origin. She thus she has described it in I can’t stop watching the live connection to Kiev in the magazine Atlantic.

See also  A former councilor from Murcia and a general director from Valencia, to the bench for the pollution of the Mar Menor

“For weeks now, technology has taken over all of my waking hours. Everything is online. Misleading pro-Kremlin videos are all over Telegram. TikTok offers clips of young people in Ukraine explaining what is happening and videos of the arrival of military equipment. The debates on Twitter are endless. A Zello channel [una app que funciona como un walkie talkie] it’s always blabbering in the background, like some kind of citizen radio. The news that arrives through this technology has been overwhelming”, writes the journalist, regarding the torrential information about the war and why that fixed screen works as a distracting element while remaining connected to her house.

When Lytvynenko shared the text on his Twitter account, he received responses from users who turn to this camera as a way of escaping from the feverish sounding board that social networks become in times of doomscrolling (or the scroll of the end of the world, that is, when we compulsively consume news about catastrophes or war conflicts without being able to stop, which generates even more anxiety). “I can’t stop looking at her either. Every day for the last week and a half I have been looking through that window at the Plaza de Independencia. Seeing the traffic normally calmed the anxiety I felt for Ukraine”, replied a tweeter

See also  An Arab mission in Moscow..Are there any chances of mediation to stop the war?

From the Arab Spring in 2011 to 15-M or the Black Lives Matter movement, the consumption of live broadcasts online has exploded on the networks in the last decade as a strategy to generate empathy and make viewers in the distance feel connected and Be aware of conflicts. He defends it in his essay Livestreaming from the front lines and witnesses in the distance the academic Sam Gregory, an expert in the power of the image and in the use of participatory technologies in issues related to human rights. Gregory believes that while such images may fall into the “improper peeping distance” between viewers and streamersif the webcam and live broadcasts in the digital sphere have served a purpose, it has been “to facilitate connection and solidarity”.

This was the case with the live broadcast of the 2019 Barcelona riots from the local channel, BTV, which decided to bet on a three-way screen for almost a whole week to narrate, with few contributions, in a neutral tone and using the power of the live image, what happened in the altercations in the city. This coverage away from the imposed adrenaline of other channels earned the news team a Ciutat de Barcelona award in 2021 for “proximity, honesty and transparency” in the portrayal of the clashes after the sentence of the process.

The paradox of the matter appears when those same webcam that show the conflict now mutate into spaces that serve to breathe from the toxicity, noise and anxiety produced by information consumption on social networks. In the era of the new environmental television, when those channels that only broadcast chimneys burning for 24 hours in the early 2000s have been transformed into webcam connected to any corner of the planet —from puddles in the jungle of Tanzania to phenomena like windowswap, which offers the opportunity to open windows in different cities and places around the globe—the consumption of the war had to arrive in a fixed shot. Live cameras that work as war distractors. Windows that allow us to be connected to current affairs, but without the surplus of opinions and the suffocation of compulsive consumption of news. In 2022, when the present becomes even more uphill and the networks confuse us with cries for the polarized interpretations of the conflict, that webcam from Independence Square in Ukraine, is also, for the time being, a way of escaping from the terror of a war that everyone wants to perform live and direct. 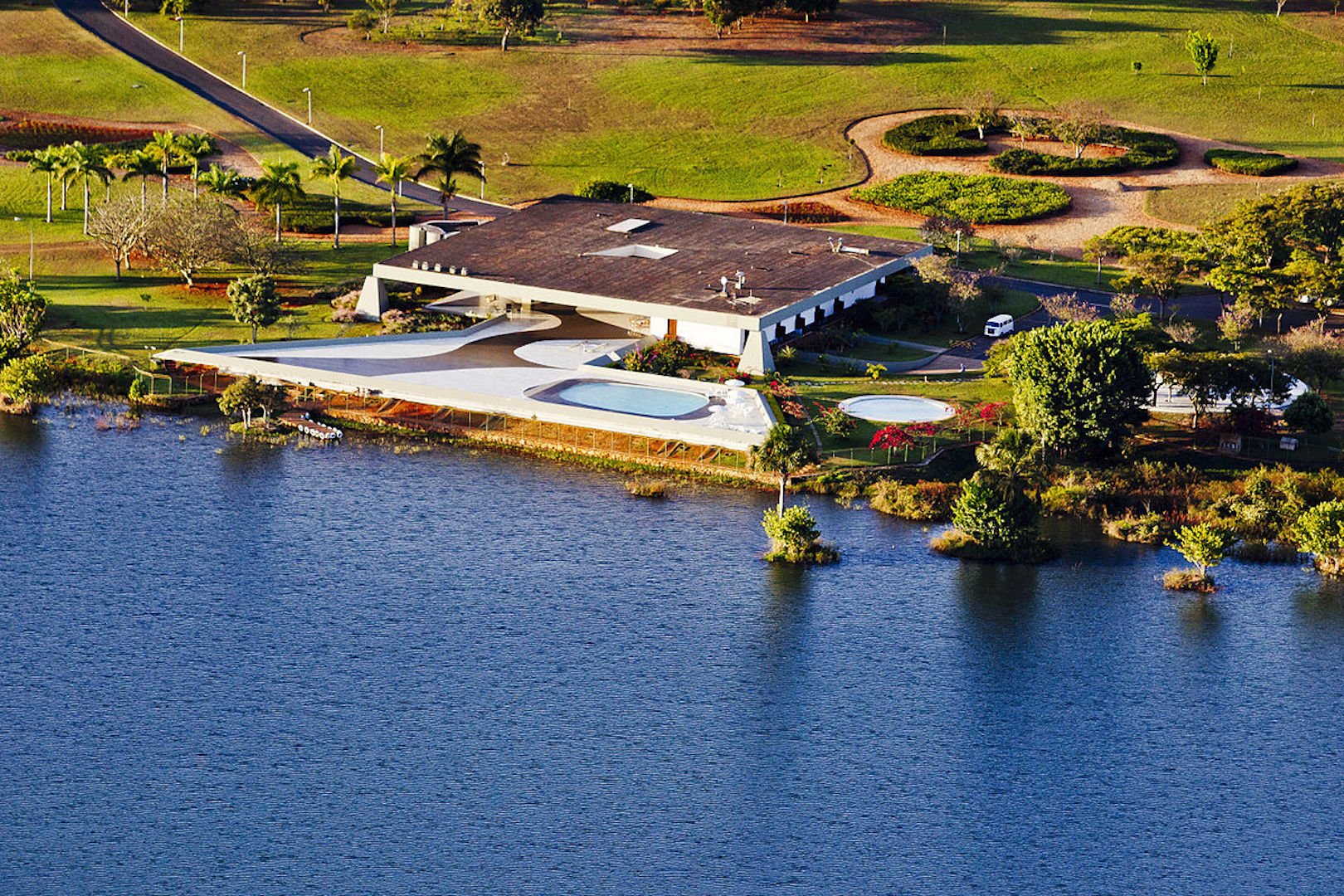