NATO supports dialogue with Russia, but warns about the possibility of a “real” conflict 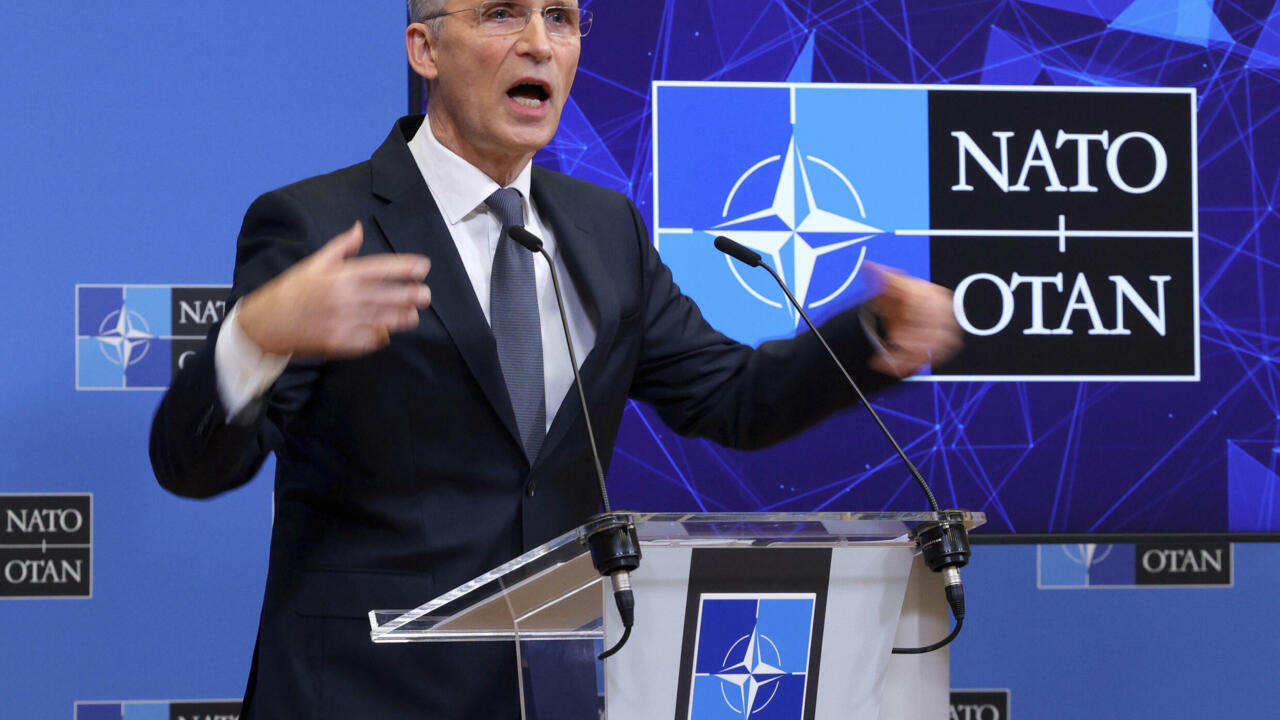 After a meeting with the NATO foreign ministers, the alliance’s secretary general, Jens Stoltenberg, dismissed several of the Russian requests to de-escalate the crisis between that country and Ukraine. Among them, he affirmed that NATO will not stop its expansion and ratified the commitment of the signatories to a coordinated response in the event of a military intervention. The announcements hint at the tone of the meeting with Russia scheduled for next Wednesday, the first in more than two years.

These statements add to the tense panorama of relations between Russia and Ukraine. After a meeting in which the foreign ministers of the North Atlantic Treaty Organization (NATO) participated, the secretary general of the alliance, Jens Stoltenberg, affirmed that many of the Russian demands to de-escalate the conflict with the neighboring country were unacceptable.

“We will not compromise on fundamental principles, including the right of each nation to decide its own path, including the kind of security arrangements it wants to be part of,” Stoltenberg said.

The secretary referred to a series of documents that Russia presented to the United States and NATO with various proposals on security. In which they found the demand that the alliance not extend to eastern Europe.

A demand that the organization cannot support because it would be violating article 10 of the Washington Treaty of 1949, which establishes that it can invite any European country willing to contribute to security in the North Atlantic area.

At the same time, Russia was calling for an end to military testing near its borders. If fulfilled, it would respect the international commitments it has signed on limiting war games.

Some proposals that NATO is not willing to accept. Well, it also refuses that Russia has the power to veto which countries can be part of the agreement.

“We cannot end up in a situation where we have second-class NATO members, where NATO as an alliance cannot protect them,” Stoltenberg said.

The preliminary response to the Russian demands comes shortly before a meeting between the Kremlin and Washington on Monday next week. Followed by the first meeting in more than two years between Russia and NATO.

The dialogues that take place at a time when Russia has concentrated a large number of troops on its border with Ukraine. This is a decision that has concerned NATO, as stated by its secretary general this Friday: “All this sends a message that there is a risk for a new armed conflict in Europe.”

#Russia‘s military build-up in and around #Ukraine undermines European security. #BORN Foreign Ministers stand united in our approach to Russia. The NATO-Russia Council next week is a positive sign & an opportunity for Moscow to show it is serious about dialogue and diplomacy. pic.twitter.com/qPZXVdpas5


According to NATO, Russia continues with tens of thousands of troops and heavy weapons on the border, while continuing to handle “threatening rhetoric.”

Therefore, he also warned that if there were a military intervention in Ukraine, the 30 allies of the organization would be coordinated to defend said territory.

The United States, for its part, was also willing to talk. But as Secretary of State Antony Blinken said after the meeting, the alliance is prepared to respond “energetically” to a possible Russian aggression.

Russia denies the accusations and claims to be open to dialogue

Putin has denied having plans to attack Ukraine. However, he has stressed the need for legal guarantees on the expansion of NATO and its military deployment.

In addition, it has been willing to dialogue, at the same time that it has asked for a response to its security proposals this month.

On the talks with Russia, Stoltenberg said they will be done “in good faith”, but that they should be prepared “for the possibility of diplomacy failing.”

He also assured that he hopes that “the beginning of a process in which we can engage” with the Kremlin “on a series of issues” such as “arms control and transparency of military activities.”

What is behind the conflict between Ukraine and Russia that sets off NATO’s alarm bells?

For NATO, the threatening Russian discourse revives old conflicts. In 2014, the Kremlin annexed Ukraine’s Crimean peninsula and supported its separatist rebellion. Tensions that have lasted for seven years of fighting that have claimed the lives of 14,000 people.

In fact, the NATO-Russia Council that had been created more than two decades ago, ceased cooperation between the two parties after the annexation of Crimea.

NATO did not rule out imposing economic sanctions on Russia if it were to militarily invade Ukraine, similar in character to those it used in 2014.

Pre-emptive confrontation and draining the sources..Europe introduces measures to confront terrorism and the "Brotherhood"