The influence of Jupiter and the Moon in our lives 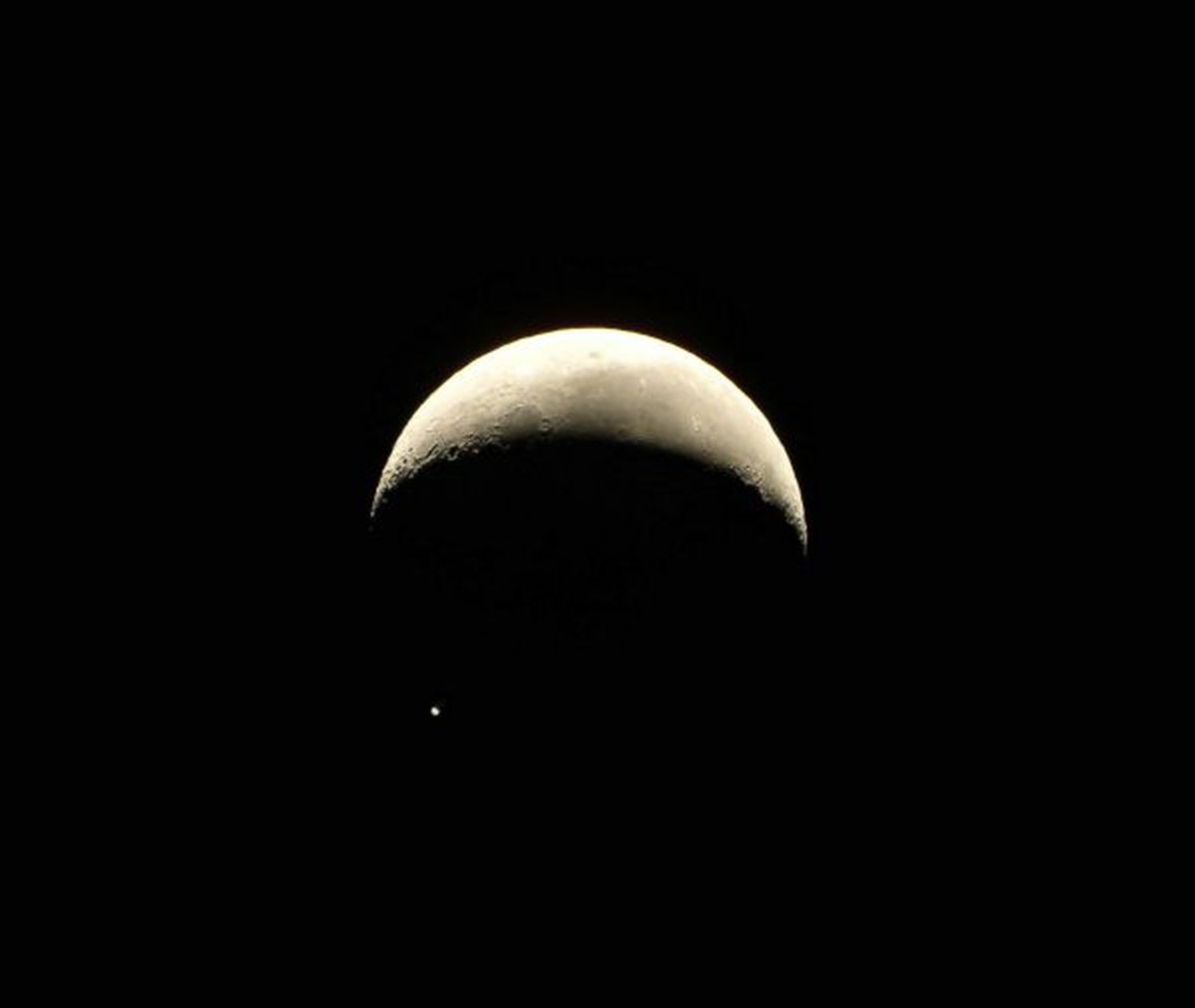 We explained in a previous article that the isotopic properties of a compound can be used to study its origin and evolution. And we turn to another article to talk about the application of this technique to the study of the origin of water on our planet. So here we go.

What do we know about water on Earth? First of all, there is no other place in the Solar System or beyond where we know for sure that there is liquid water. We know of the existence of frozen water on the Moon and in Europe Y enceladus, moons of Jupiter and Saturn, respectively, or in comets such as 67P/Churyamov-Gerasimenko. We also know the presence of water vapor in cryovolcanoes on these moons and in the interstellar medium, especially near areas where stars are forming. Is all that water the same, does it have the same isotopic composition?

The problem about the origin of water on Earth is that the models for the formation of rocky planets (Mercury, Venus, Earth and Mars) establish that they appeared in an area of ​​the Solar System, near the star king, where the temperature was quite high. so as not to allow the formation of primary atmospheres, where the water could only subsist in a gaseous state and it is normal for it to escape from the gravitational action of each planet. That is, the environment in which the Sun and the Earth were created was quite dry, despite the fact that water is one of the most abundant compounds in the star-forming zones.

The paradox also affects carbon, the other basis of life on Earth, which is the fourth most abundant in the universe after hydrogen, helium and oxygen (with oxygen and hydrogen up there it’s no wonder water is very common in the cosmos) and the second most abundant element by mass in our body (almost 20% of us is carbon). But nevertheless, carbon is 10 times less abundant on Earth than in the universe as a whole.

Why do we mix the discussion about the origin of water with the one about the abundance of carbon? Because a small part, like 5%, of the meteorites that reach our planet today have high abundances of carbon, they are called carbonaceous chondrites, and interestingly they contain high water content as well. That means that they must have formed in areas quite far from the Sun, beyond the asteroid belt between Mars and Jupiter, beyond what is known as the freezing line, where temperatures were already much lower and allowed the formation of water, methane or ammonia ice in the early Solar System. This is one of the reasons why it is considered that the Earth’s water could have arrived by a bombardment of this type of meteorites in a period in which the Earth had already cooled considerably since its formation.

Another question is when the water could arrive. There is evidence of the existence of water on our planet 4.4 billion years ago, just over 100 million years after its formation, when the surface temperature of our planet would have been cold enough to freeze water. This evidence is based on the study of certain minerals such as zirconwhich resist geological changes and atmospheric action quite well, so they give us information about the origins and not so much about the evolution of water on Earth.

The study of the isotopic abundances of water present in carbonaceous chondrites, at least in some of them, which are as old as the Solar System itself, yields results very similar to those of water on Earth. Specifically, the amount of deuterium versus protium is often used, and this is quite similar for chondrites from the vicinity of Jupiter, some torn from the asteroid Vesta (how do you know that a meteorite comes from Vesta? That’s another story ). Further, for example, in kites Coming from the far reaches of the Solar System, in what is known as the Oort cloud, deuterium abundances are much higher.

So what do Jupiter and the Moon have to do with this whole story of water on Earth? In the case of Jupiter, its influence on the matter would come from its intense gravitational action in the Solar System, which disturbs the orbits of many asteroids. At some point in the history of the Solar System, some evolutionary models establish that Jupiter could not have the same orbit that it has today, it could be closer to the Sun and then migrate to its current position. This Jupiter excursion would have caused a sweep of objects along its trajectory, which could have been thrown en masse towards inner orbits closer to the Sun, and thus reach Earth. This is what is known as late massive bombardment, which has evidence of the concentration of meteorite impacts on the Moon around 3.9 billion years ago. But it is not entirely clear, that concentration that we have found could be due to the fact that we have not collected lunar samples from more than a few places, we hope that the efforts to return to the Moon overcome these limitations. In any case, it seems that there was already water before this possible event, so in part there must be a previous origin of a large part of the terrestrial oceans.

And this is where the role of the Moon appears. To understand it, we return to the power of the study of isotopes, which serve us as if it were a genetic study. But this time we are talking about a much rarer element, the molybdenum, a metal with 42 protons (for comparison, iron has 26) of which dozens of isotopes are known. It turns out that the relative abundances of those isotopes on Earth are in the middle of the observed abundances for carbonaceous chondrites and chondrites from the far reaches of the Solar System. Bearing in mind that molybdenum is denser than iron (a small cube of 1 centimeter on a side weighs 10 grams, compared to 7 grams if it were iron and 1 gram if it were water), and that most of the iron on our planet is in the core, it would not be strange to think that the molybdenum that reached the Earth at the beginning of its history sank and ended up in the Earth’s core. Surface molybdenum, in the crust or upper mantle, could have a more recent origin, and its isotopic composition points to areas where there was plenty of carbon and water. The times work to associate this arrival of molybdenum and water with the impact of theia, the protoplanet that would have caused the formation of the Moon after colliding with the Earth 4.5 billion years ago and mixing much of its material with the Earth’s mantle. According to these “molybdenum studies”, Theia would be a planet that does not come from the zone of rocky planets, but from the zone of gaseous planets (Jupiter, Saturn) and/or ice planets (Uranus, Neptune), full of water.

See also  Carolina Stramare, amazing transparencies in Ibiza. And what a side B! PHOTO-VIDEO

For now the evidence is not conclusive, but it could well be that the planetary cataclysm caused by Theia, with the consequent formation of the Moon, perhaps mediated by Jupiter, had a fundamental effect on the appearance of life for various reasons, including giving accounts for most of the water on our planet today. When we get thirsty, let us think that our life may be more related to the stars than it seems to us, and that in addition to stardust we are the product of a clash of giants.

Pablo G. Perez Gonzalez He is a researcher at the Center for Astrobiology, dependent on the Higher Council for Scientific Research and the National Institute of Aerospace Technology (CAB/CSIC-INTA).

cosmic void it is a section in which our knowledge about the universe is presented in a qualitative and quantitative way. It is intended to explain the importance of understanding the cosmos not only from a scientific point of view but also from a philosophical, social and economic point of view. The name “cosmic vacuum” refers to the fact that the universe is and is, for the most part, empty, with less than one atom per cubic meter, despite the fact that in our environment, paradoxically, there are quintillion atoms per meter cubic, which invites us to reflect on our existence and the presence of life in the universe. The section is made up Pablo G. Perez Gonzalezresearcher at the Center for Astrobiology; Patricia Sanchez Blazquez, full professor at the Complutense University of Madrid (UCM); Y Eve Villaverresearcher at the Center for Astrobiology. 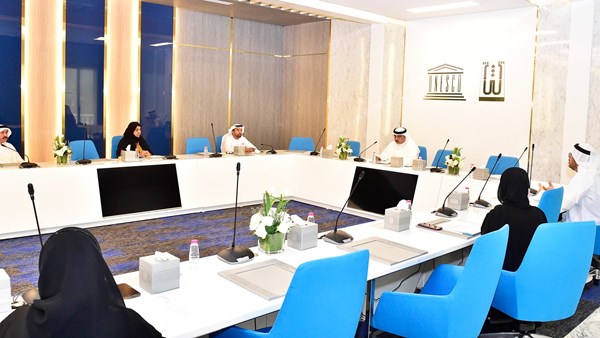 Sharjah (WAM) The Board of Trustees of the Sharjah International Award for Cultural Heritage, during its meeting yesterday chaired by... Sweden out of the World Cup, Ibrahimovic reveals his future with Milan