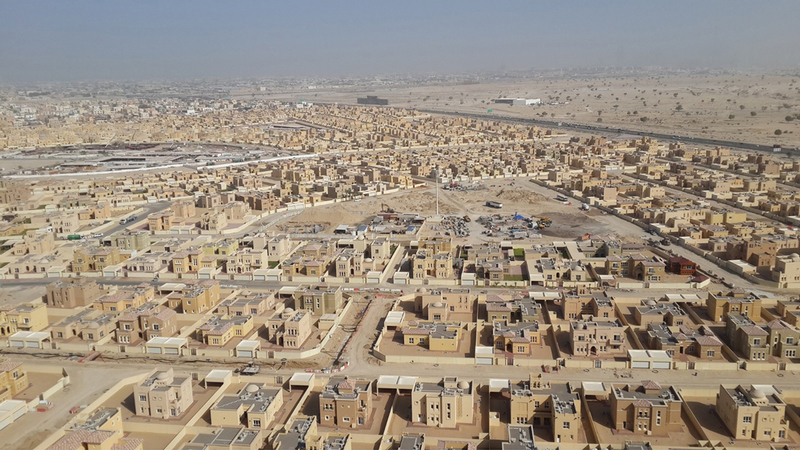 The Executive Director of the Corporation, Omar Hamad Boushehab, said that the two projects come within the framework of strengthening efforts to implement the Dubai Urban Plan 2040, which was approved by His Highness Sheikh Mohammed bin Rashid Al Maktoum, Vice President and Prime Minister of the UAE and Ruler of Dubai, to anticipate the future of cities and search for solutions and future housing needs. that achieve family stability and ensure a decent life for citizens.

Boushehab stressed the momentum witnessed by the initiatives of the Mohammed bin Rashid Housing Establishment, including the initiatives related to loans related to the Citizens Housing Program, which would enhance efforts to provide a decent life and adequate housing that meets the needs of citizen families, improve their quality of life, enhance their social stability and bring happiness to the citizens. their hearts.

He referred to the “early payment” initiative, through which the Foundation guarantees that the borrower will be exempted by a percentage of the remaining amount of the loan in the event that it is paid before the expiry of the period, while the Foundation, through the “Awad” initiative, provides a financial reward granted to the beneficiary who has been approved for a construction loan and has completed housing. Without benefiting from the disbursement of the loan granted to him by the institution.

See also  Only women in power also give trouble

He continued: “The two initiatives enhance the comprehensive and sustainable development model of the Emirate of Dubai in the housing sector, while all the Foundation’s initiatives seek to provide interest to the beneficiaries of its various programs, and to contribute effectively to the achievement of the objectives of the Dubai Urban Plan 2040, according to the highest international standards followed, thus consolidating the emirate’s position to be The best city for life in the world, ensuring that citizens enjoy the highest standards of quality of life, and achieving their social stability.”

With regard to the “early payment” initiative, Boushehab indicated that the initiative guarantees exempting the borrower by a percentage of the remaining amount of the loan in the event that he repays the loan before the expiry of the period, where the value of the discount is calculated based on the number of years remaining on the loan, and the remaining value of it. The value of the discount allowed under this initiative is up to 300,000 dirhams, without calculating any discounts on unpaid loan arrears.

Boushehab said that more than 1,100 citizens have benefited from the “early payment” initiative since its launch, as more than 114 million dirhams have been deducted.

The initiative aims to achieve double discounts for more beneficiaries during the next phase.

Boushehab stated that the “Awad” initiative achieves an important benefit for a large number of beneficiaries, as it provides a financial reward granted by the Foundation to the beneficiary who was approved for a construction loan, and completed the housing without benefiting from the disbursement of the loan granted to him by the Foundation. The value of benefiting from the initiative ranges between 75,000 dirhams and 375,000 dirhams.

He added that the actual benefit from the “Awad” initiative amounts to 42% of the loan value, according to the approved conditions for benefiting from it and the number of years of the loan, which provides another important option in support of the plans of the beneficiaries of the Mohammed bin Rashid Housing Establishment programs.

His Highness Sheikh Mohammed bin Rashid Al Maktoum had approved a historic housing budget of 65 billion dirhams for the next 20 years for citizens of Dubai.

His Highness directed to quadruple the number of beneficiaries of the housing program in Dubai, and to double the land allocated for housing citizens in Dubai to reach one billion and 700 million square feet, sufficient to meet the needs of citizens for the next 20 years.

See also  Under the patronage of Mohamed bin Zayed.. Honoring the King of Jordan and Queen Rania with the Zayed Prize for Human Fraternity 2022

The directives of His Highness Sheikh Mohammed bin Rashid Al Maktoum came in light of the efforts to complete the development and urban model of the Emirate of Dubai, in a way that enhances a decent life for citizens and consolidates Dubai’s position as the best city for life in the world.

His Highness also ordered the immediate allocation and start of distributing 2,000 plots of land to citizens in the second area of ​​Wadi Al-Amdi and Al-Awir, allocating an integrated residential complex “Family Village” in the fourth Muhaisnah area for non-extended families and individual cases, and exempting the families of the deceased from paying housing loans worth 33 million dirhams. .

The Mohammed bin Rashid Housing Establishment, with the follow-up of His Highness Sheikh Hamdan bin Mohammed bin Rashid Al Maktoum, was keen to implement the directives of His Highness with remarkable efficiency, through the application of international best practices, and through an executive mechanism that enhances the partnership between the public and private sectors, for the benefit of the citizen, and in a manner that supports Achieving the strategic vision for housing citizens in the Emirate of Dubai, and enhancing the reality of the Emirate’s leadership in the list of the best cities for living and stability in the world.