Check-point in the center of kyiv. / AFP/Video: EP

The mayor of the capital decrees a 35-hour curfew, while the Kievans who refuse to flee prepare to defend themselves

The mayor of kyiv, Vitali Klitschko, decreed a 35-hour curfew in the capital on Tuesday because “we expect much more activity at this time and we want people to be in a safe place. The situation is under control and we are ready to fight, but everyone should be reminded that the Russians’ goal is to surround the city.” The former boxer repeated Monday’s agenda and went to visit the places affected by the latest bombings. Three scenarios, where at least five deaths were recorded. One of the targets was a military plant located just three kilometers from Maidan Square, near the Lukianivska metro station. It is the closest attack to the heart of kyiv carried out by the invading forces so far and a sign that the operation is moving forward.

See also  Mental health Silja, 17, is a wise young woman and at the same time everything is wrong - This spring she may die for weight loss because she sees no alternative

Klitschko, equipped with a bulletproof vest with the national flag and accompanied by two bodyguards, took advantage of the strong presence of international media to recall that “it does not matter who you are on Ukrainian soil now, if you have a press credential or are a boy or a girl , an adult, a man or a woman, or an elderly person… You are a target of Russia.”

The allusion to the press occurred on the same day that the Fox network announced the death of its cameraman Pierre Zakrzewski and his local producer Oleksandra Kurshynova. In this same attack, which occurred at the gates of kyiv, the journalist of the American channel Benjamin Hall was also injured.

The alderman made these statements while the fire department was working to put out the flames in the 16-story building hit by a shell early in the morning in the Akademmistechko neighborhood. A blackish tower of charred cement received pressurized water from firefighters that rose to the sky thanks to enormous ladders. Before leaving the area and returning to his secret bunker, he insisted one more day on the same message that he sends to the West every time he has a microphone in front of him: “Send weapons, because we are ready to fight.”

See also  Genoa, the UN for young people discusses Ukraine: "This war is only the whim of a tsar"

Klitschko’s step was fleeting. Politicians pass through these places affected by war, take their photo and leave. The neighbors stay. Aleksei Stanchevski lives just a few meters from the affected tower. “We haven’t heard a big explosion, but what was incredible is the smoke mushroom that has risen into the sky,” he recalls when asked about what happened. He has left his job as a book editor and is now dedicated to reporting on the war on different social platforms and is part of the militias that patrol the neighborhood every night.

“What we see in kyiv is an attempt to terrorize citizens so that we leave here and leave the city empty, it is a form of terrorism. The war has not yet reached the streets of the capital, these are just warnings so that we know that it is on its way. Here we are waiting for you, we are united, ”says this young man with a closed beard and clear eyes.

The background explosions are getting more and more intense. In the main portal there are two black plastic bags. Two corpses. The Police guard the bodies in front of two large red trucks to which the firefighters go to take a break. Dimitri follows the scene in his present body, but his head is not here; he has stayed inside the ninth floor where he was born 35 years ago and which is now ashes. 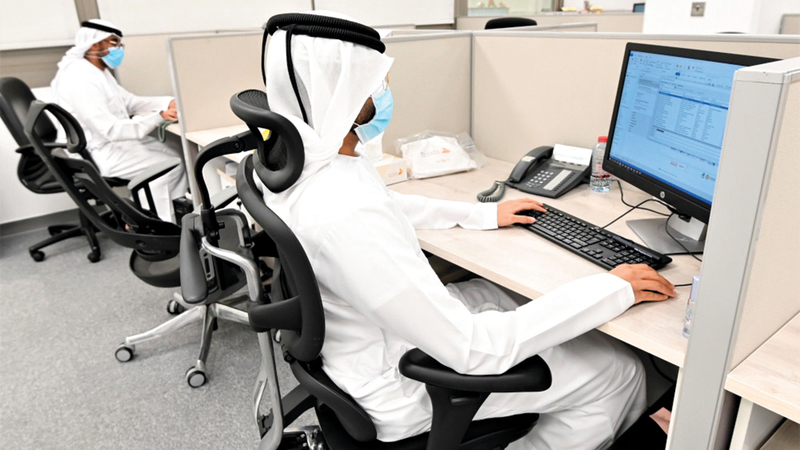 Ukraine-Russia, negotiations ahead today. Zelensky: "We are not entering NATO"