Giant high-definition screens, ready to change the face of cities 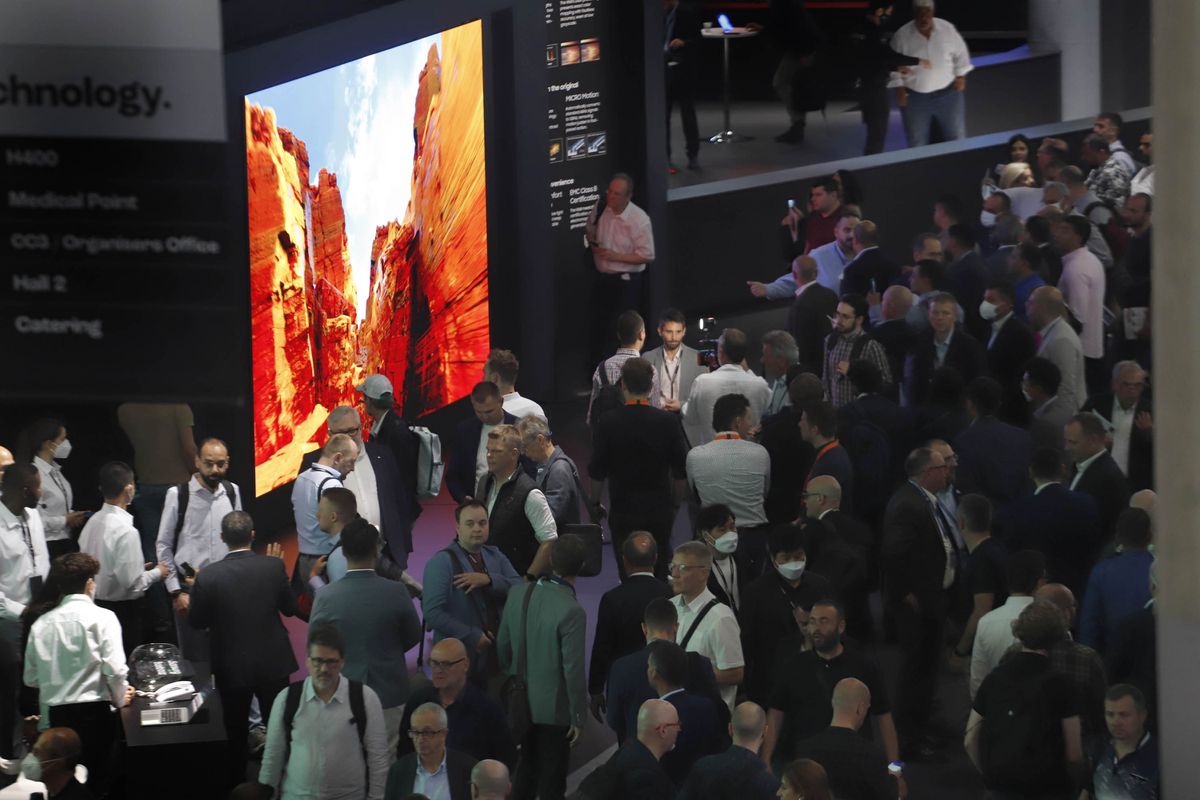 220-inch screen (13m²), 8K technology and 0.63 millimeters between pixels, the smallest distance on the market according to the manufacturer, Samsung. The screen TheWall of the South Korean company, with a definition that gives the viewer the feeling that some objects in the videos are in 3D, is one of the claims of the Integrated Systems Europe (ISE) fair, which opens this Tuesday in Barcelona after 16 years in Amsterdam and a hybrid edition last year in various cities.

The collective imagination has Times Square (New York) and Piccadilly Circus (London) in mind as two great squares in which screens have conquered public space. They were years in science fiction, like in the movie bladerunner (1982). The closest Spanish landmark is Plaza Callao in Madrid. “Regional governments are trying to understand the dynamics between the visual impact and the impact of light pollution on citizens. Barcelona, ​​for example, is stricter than in Madrid. It is a market where there is a lot to explore”, reflects the product director of Samsung in Spain Juan Bernal, who imagines future spaces as “something beautiful to do, which can make cities stand out and create icons”.

On screens and the environment, Samsung’s business director in Europe, Vincent Piarou, explained that their devices have sensors to adapt to different regulations and to protect birds and insects. TheWall It is designed for a commercial client and, according to Bernal, it does not have a limit of square meters because it can be made to measure in 46-inch modules that are assembled like a puzzle. At ISE the company has presented several formats: the screen for the fast food site, to place advertising or content at electric car recharging points, or as a control center for companies or public institutions.

Sun protection, acts of vandalism and rain are some of the properties that the microled from Samsung. The company’s largest screen in Europe is located in a large company in Barcelona and is 36m². In pavilion 4 of ISE this type of product is a constant in each stand: from brands such as Sharp, Jupiter, LG or Sony The Chinese Infiled shows a large fully curved screen. Verticals also abound in brand spaces, such as an expanded format of mobile phones.

ISE returns to Barcelona the image of a congress without a mask that contrasts with that of the last Mobile World Congress, which brought optimism to the sector of technology fairs after two years of pandemic. The faces are uncovered, but the pandemic is omnipresent in the room. The screens have helped, in the extreme need for social distance, to hybridize the physical with the virtual. “Some companies now even want to have their own TV set,” reflects Infiled’s marketing manager Jisse Dekkers. Other verticals, for the ceiling and even for the floor. A set with a LED screen on all four walls stands out at the company’s stand, designed for virtual meetings, equipped with several cameras for streaming.

The screens join efforts with the webcams and with the software. Products such as Google Meet, Zoom or Webex (CISCO) have their own space at the congress. Videoconferences have become normalized and the options to optimize their quality multiply, there are even options to integrate this technology in the kitchen. The Austrian company Wolfvision goes further. Shows a device —baptized as visualizer— so you can see objects up close from both sides of the call: at conferences, in product design, in class, and even in court. The technology has 4K quality, an arm equipped with a camera and a space to leave objects.

ISE also dedicates spaces to audiovisual art. The company Onionlab, from Barcelona, ​​offers an immersive experience in a room where everything is a screen: four walls, ceiling, floor and even the façade. The audiovisual montage paradox it is a “time travel to show that any act of the present can change the future”, explains the company’s spokesman, Marcel Bagó. Its clients include Desigual, Cupra and the Government, which commissioned the company last year to assemble the Spanish pavilion at the Dubai exhibition.

These are the proposals of Laura Fernández, PAN-PRD candidate for Quintana Roo