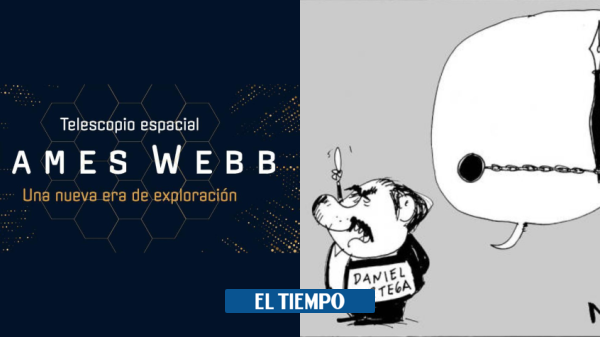 In this year’s edition of the Journalistic Excellence Contest of the Inter-American Press Association (IAPA), EL TIEMPO journalists were the big winners in two categories, Best Cartoon and Best Infographic.

(Also read: Guatemala: the reasons behind the pressure against ‘El Periódico’)

On the one hand, the cartoonist Ignacio Villamil, known as MiL, was the winner for Best Cartoon for his work called ‘Sergio Ramírez is ordered to be arrested’. The IAPA highlighted his “sharpness and economy of means” to illustrate “the totalitarian drift of the Daniel Ortega regime against freedom of expression.”

(See here the cartoon ‘Sergio Ramírez ordered to be arrested’).

On the other hand, the special ‘James Web Space Telescope. A new era of exploration’ won the award for Best Infographic for “highlighting, through
attractive images, simple graphs and data of interest, the importance of
James Web Telescope for Space Research”.

See also  From a "worn out" bed sheet to a school shirt... The story of Cape Town's schools!