Distance learning For a mother of three, the distance school would again know how to save and interrupt her own work, the high school graduate fears that the benefits of spring refresher courses will be reduced in distance learning 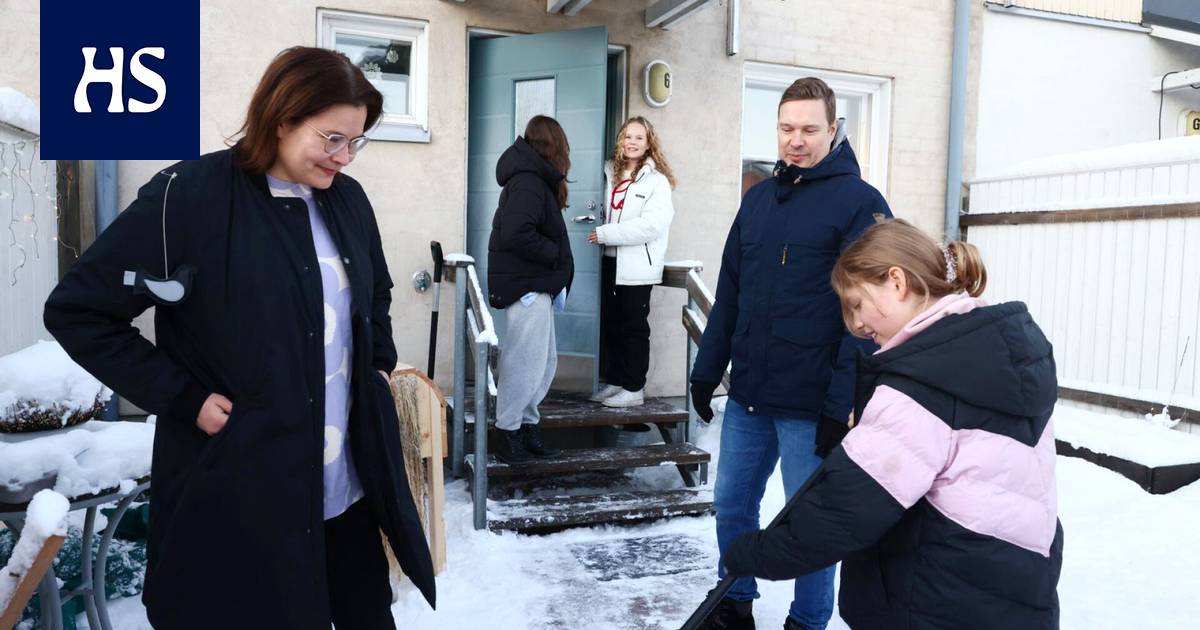 High school graduate Lilli Rossi misses the school community. In the family of Sanna Tyry and Jani Rantala, they have had time to practice distance school, even if they do not want to go to it.

Espoo residents Sanna Tyryn and Jani Rantalan in a family with three children, it is hoped that this spring the girls in the family will not need to be in distance school.

The mother of the family, Sanna Tyry, does not want a distance school despite the fact that she knows that now the whole family and the teachers of the school are more prepared for it than in the first period of the distance school.

“Distance school doesn’t seem sensible and desirable for children right now, even though it went pretty well for us after all. I also don’t think distance school will help slow down the corona epidemic at this point. I don’t think that’s the right way to go. ”

According to Tyry, the family that took the vaccinations is not afraid of possible coronary infections from the school.

“At the moment, you can get the infection from anywhere, but if you get into contact teaching, you will also go there. At no point have I considered taking the children home if I can go to school. ”

With an Espoo family has a wide range of experiences from a distance school. The bad experiences are from the first corona spring of 2020.

“For understandable reasons, the teachers were not yet up to date. The girls could get a list of three weeks of work and were left to do their jobs alone. ”

Last spring, according to Tyry, teachers had developed their means much better and contact with the school was better.

For Tyry, the distance school period still meant a lot of tweaking and endless cooking. Food had to be made often, although the family also took advantage of Espoo’s food distribution to students. Increasing home cooking is also ahead this spring if we move to distance school again.

The two oldest according to Tyry, the girls adapted well to the distance school and liked it.

“There was more herding in our little one. Multiple bundles had to be picked up from the school, and the child roughly tried to run out of doors and windows. Our parents had to try to be teachers. ”

At the same time, the parents had to do their own work, even though it was constantly interrupted due to the children’s schooling. Sanna Tyry has been working remotely all the time, her husband has also been in the office.

“The most annoying thing is that you can’t see the guys. Studying at a distance has been ok, because the teachers have taken care of it. With a very small threshold, I have been able to ask for help. ”

Lilli Ross, a high school graduate from Ressu’s high school, is annoyed if she still has to be in distance education even in the spring of high school. Anyway, a large part of high school has gone to distance learning. Picture: Kalle Koponen / HS

See also  And again Lotte and her colleagues have to struggle in the corona department: 'We are not robots'

Ross has in the spring of writing before writing only refresher courses.

“In the spring of high school high school, I already had refresher courses at a distance. Yes, they left a lot of benefits out of them. In the same way, it was not possible to be in class and ask the teacher and get feedback quickly. ”

The refresher course already does a lot by itself. Rossi fears that with the possibility of distance learning, studying would become even more of a self-study.

Although independent study has so far been largely good, Rossi has longed for the school community at a distance. He moved from Kirkkonummi to his own apartment in Alppila last April and lives with his two Rhodesian dogs Eika.

According to Ross, studying at home within four walls began to affect his mood.

“When you study all the time in the same space where you also live and sleep, it’s pretty numb.”

According to Ross he and his high school friends do understand the corona situation. Nevertheless, students are annoyed by distance learning.

“Everyone has noticed how important the school environment itself is. Even if it’s just the school doing the tasks themselves, it’s a lot nicer than in your own room. ”

It has not been possible to organize traditional joint events for students either. The dances of the old ones were missed, as were the school trips.

Lilli Rossi moved from Kirkkonummi to her own apartment in Alppila last spring, so distance learning is lonely anyway, when there are no family members. Rhodesian dog Eikka is also pictured. Picture: Kalle Koponen / HS

Helsingin sanomat newspaper as an Epiphany, asked readers for their thoughts on distance school. While many were concerned about the idea of ​​distance learning, many also hoped that schools would switch to distance learning.

“After all, no one is moving away for fun, but for reasons necessary in this epidemic to curb infections. The mask recommendations for schoolchildren presented in public are just as empty as long as there is no mask compulsion. Likewise, safety distances at school are a complete joke if the teaching groups are not prepared to be reduced, ”wrote one respondent.

Some of the parents who responded to Helsingin Sanomat’s survey also said that they prefer to keep their children at home, even if they do not come to a distance school.

“We see sending children to school in this coronation situation as an irresponsible act. Children have the right to be protected from corona infections and should not be forcibly exposed to corona at school, ”wrote one respondent.

Ministry of Social Affairs and Health (STM) Chief of Staff Kirsi Varhila proposed on Wednesday that the decision to go to distance school would be made in a cross-administrative working group of ministers for coronation. However, the decision-making power does not lie with the ministry, but with the municipalities and regional government agencies.

Municipalities in the Helsinki Metropolitan Area have opposed the idea of ​​moving to distance learning. The Regional State Administrative Agency of Southern Finland was told on Friday that a possible decision to switch to distance education would not be made until next week.

Director of Schools in Helsinki Satu Järvenkallas informed parents in a Wilma message on Friday that the spring school year will normally start in contact teaching.

Zaun or Piltover? This app turns you into an Arcane character

Child prodigy of French politics with a hint of fraud