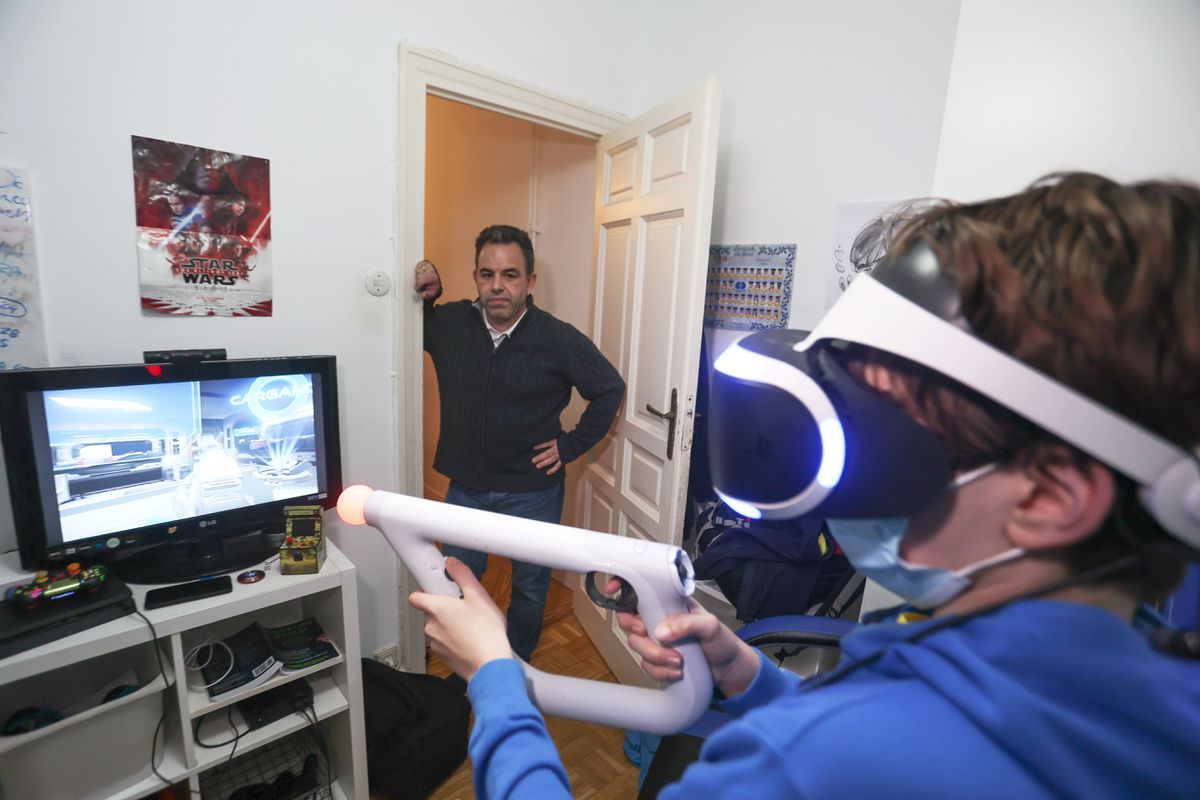 Juancho Andrés began to receive notices in his parental control app of some unusual applications that his 13-year-old son Bruno was downloading on his mobile: CashApp – Free Money App, Crypto Dragons – Earn NFT, Merge Cats: Earn Cryptocurrencies, MetaMask – Buy, Send and Swap. In a later chat, Bruno admitted his earnings: “Dad, I’ve won 90 euros with NFT video games and I want to get them out,” Andrés recalls.

Bruno played video games NFT modality play to collect [play-to-earn, en su versión común en inglés]. Andrés didn’t even know what he was talking about and went to Google. He saw this article in EL PAÍS, which talks about how video games and NFTs were “two worlds condemned to understand each other”. The news was about the first major video game company, Ubisoft, entering NFTs: It would be for adults only, the article said. “I started freaking out,” says Andrés. “Have they put cryptocurrencies in the games? But what is this? The boy came to this much earlier than me”, adds Andrés, who is a computer engineer, teaches at the Autonomous University of Madrid and has worked in trading algorithmic.

The videogames play to collect they are not so new, although there is a recent explosion. The most famous is Axie Infinity, which is similar to Pokemon, but where today buying dolls to enter to play costs hundreds of euros. Then winning games can certainly bring income. It is popular, for example, in places like Venezuela, where video game analyst Ronald Goncalves lives: “The main difference between axie Y Pokemon is the mechanical complexity. The depth of the latter is light years from the former”, but that does not prevent, for example, a friend from using it as extra income: “In Venezuela it is common for Axie to work with scholarships. If you have 1,000 euros in Spain that you want to invest and I have time in Venezuela, you buy the avatars and lend me the account. I generate the wealth, but I’m on scholarship for you. That is why it has been so successful in Venezuela. People in the diaspora have accumulated money and they give scholarships to people from Venezuela. I have a friend who plays two hours a day without fail and generates 100 dollars a month”, he explains.

Bruno could play those games that give crypto for playing time or for leveling up, he could have (and has) a regular wallet for trading crypto, Metamask. But what he couldn’t do was use crypto exchanges like Coinbase or Binance. That’s when he went to his father: “He had technical problems making the change to the portfolio and he asked me. But he doesn’t tell me right off the bat that he’s won 90 euros. He talked to me about trophies, that they gave him so much, but when I ask him how much money we are talking about and he says 90 euros, that’s when I get scared, “explains Andrés.

Juancho Andrés was so scared that he even wrote an email to this newspaper: “I am not aware of its scope. I am a technology expert and this catches me far, so normal parents should be overwhelmed”, and added: “I have no problem with adults wanting to play mobile games that reward them with cryptocurrencies, but I see that the real target of this market is children between 11 and 15 years old, not adults. Any child can download an NFT game and enter this spiral more typical of the game, in its bad side, than that of a video game.

See also  Players who have won the 'triple crown' in football

This newspaper had several conversations by phone, videoconference and messages with Juancho and Bruno. The teenager spoke of NFT video games with the calm voice of the expert explorer in a land full of promise: “There are two types of games, those that prosper and those that do not prosper. The ones that thrive have fun mechanics and you might want to play them without the need for NFTs. The ones who don’t prosper are the ones who only play for NFT and the money, ”he said without any pretense of fanfare.

From Fortnite to crypto expert

Bruno mostly played Fortnite already Minecraft, two of the most common games for their age. But now his interest has changed: “These are new games that have emerged three or four months ago. I keep playing the others because even if they don’t produce me they are still more fun. The problem is that since large companies are going to include NFT mechanics in their games, if they are better they will be played”, he explains. Bruno sprinkles the talk of crypto terms like mining, gas fee [tasas], CPU, StormGain, Polygon or Matic. it’s already gone out League of Kingdoms and he likes it much better than a pre NFT version. As with any crypto or NFT, the value of being the first to spot a trend is rewarding: if you adopt a trend early, later comers will pay you for what you got cheap early on.

Bruno is just one of four friends in class who have started playing NFT video games. He has seen what was “on the internet”: TikTok, Instagram, YouTube. One of the channels that he cites as a source is that of Adrián Sáenz on YouTube. Sáenz is a young digital entrepreneur who recounts different ways of making a living on the video platform and warns by email that he is not “an expert in cryptocurrencies or NFT games”.

Sáenz tells how he spent 24 hours playing Thetan Sand, one of those that Bruno tried, and his conclusion was that it wasn’t worth it: “Today I don’t see much point in these games, since to earn money you usually have to invest a lot of money,” he says. “I see NFT games more as an investment than as a game, even so I think we will see more interesting games, with real economies and that allow the user to earn money,” he adds.

Regarding the age of entry to these games, Sáenz believes that it depends on the family environment: “What a child plays is the responsibility of their parents and not the creators of the content they see on YouTube or Twitch. Teenagers should be able to play whatever they want (with the consent of their parents), what is clear is that in order to generate something with these games it is necessary to invest or invest many hours”, he says.

Who is dedicated to this world is Felix Mohr, founder of MohrWolfe and promoter of a new NFT game called Chicken Run. On age, Mohr is more direct than most social networks tend to be: “While strictly speaking this is an 18+ game, we cannot control minors who have parental permission to set up a wallet. in accordance with the terms of, for example, Metamask”, he says by mail to EL PAÍS. The limit is in cryptocurrency exchanges and bank cards, the controls of which are more serious. Mohr has a slightly different take on money and a teenager: “There’s no real age that should limit a player. In the past, children used to tend their parents’ garden or help with the dishes to earn extra money. Now, these games offer the same option of earning a few euros in the game while doing what they love”, he adds.

We must stop protectionism

Saenz and Mohr’s reflections leave the answer open: what the hell is a parent to do with a teenage son who plays NFT? Gemma Martínez, a researcher at the University of the Basque Country and a member of the international group EU Kids Online, is willing to help. Martínez says that the evidence is that in Spain we are prudish with the adolescent exploration of our children and we should not be, even with crypto and NFT: “We have a protectionist mentality, as in much of Southern Europe. If we do not overcome this protectionism we are going to be left behind and we will leave our children unprotected”, he says. “Enabling strategies such as talking to your child, encouraging him to experience new things, is directly related to greater opportunities,” he adds.

The data handled by his research group say that in Spain it is especially worrying that children stay with a stranger through the internet. Also with the amount of time they spend there. “Here it is shown that they should talk more with children. The kids see meeting someone online as something positive,” says Martínez. Like Bruno, the kids may be inexperienced, but they know what they’re doing. Bruno is perfectly aware that people who talk about NFT video games on the internet can get paid to do so without realizing it. Martinez’s evidence on influencers goes along a similar line: “They are critical and they know that they can be negatively affected, but there is a dilemma and they don’t know how to stop: I know it’s wrong, but I admire them, they say, and it’s still easy to earn money that way,” he adds.

One of Juancho Andrés’s alarms jumped with a phrase from his son in a conversation with this newspaper. “It would have been good for me, but since I don’t pay to play, I had to pay the gas fee [akindoffees”Juanchorespondedquickly:”Itwouldn’thavegonewellforyouanditwon’tgowellforyou”hesaidTheslopetowardsrealproblemswithgamblingishoweververylongandremoterecallsMartínez:“BeverycarefulwithaddictionmessagesforgamblingproblemsforexampleormakingapreviousdiagnosisItaffectsatinypercentageofminors”hesays[unaespeciedetasas”Juanchorespondiórápido:“Notehubierasalidobiennitesaldrábien”dijoLapendientehaciaproblemasrealesconeljuegoessinembargomuylargayremotarecuerdaMartínez:“MuchocuidadoconlosmensajesdeadicciónparaludopatíaporejemploodehacerundiagnósticoprevioAfectaaunínfimoporcentajedemenores”dice

For problems, those who have in Venezuela. “Here it is normal for young people to look for ways to help at home. I have heard anecdotes of cousins ​​at 14 or 15 years old who are already training to play axie”, says Ronald Goncalves, video game analyst, who has a clear message about NFT games today: they are work, not fun. “There has always been this fantasy of making a living from video games. But once you get inside, you realize that this is not like playing Fortnite 8 or 10 hours a day and suddenly $100 appears in your wallet. No. Here you are doing mechanical, repetitive, stubborn work. And that to enter money you not only depend on the price of the coin, but also that you win your games. And there are times when you don’t feel like it.”

Thanks for reading THE COUNTRY 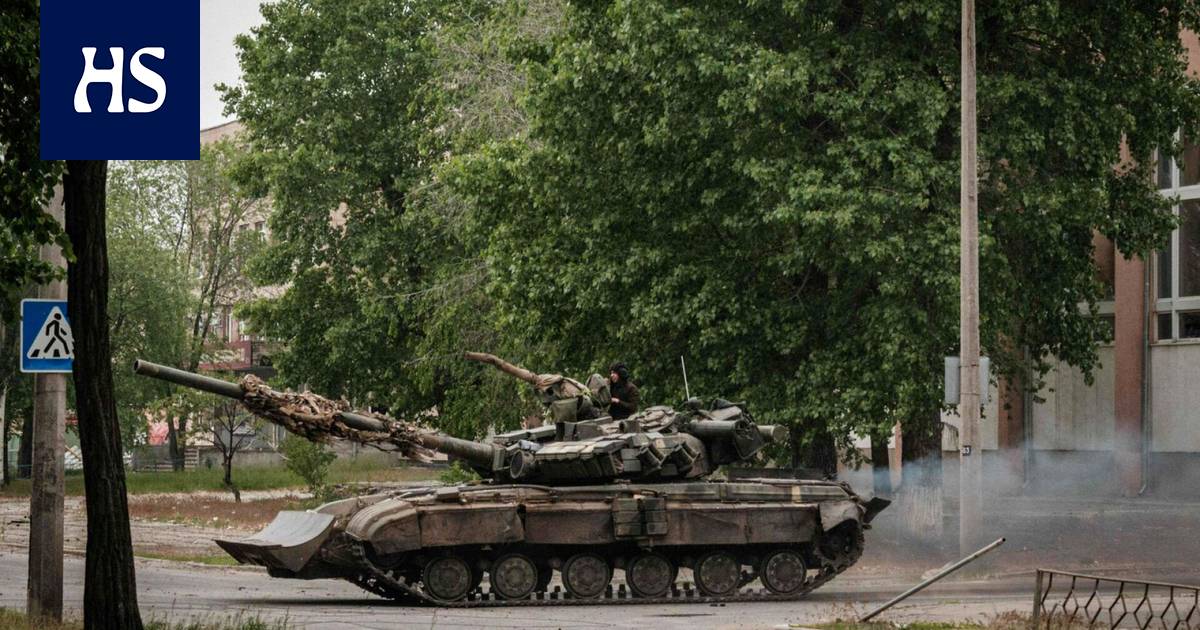 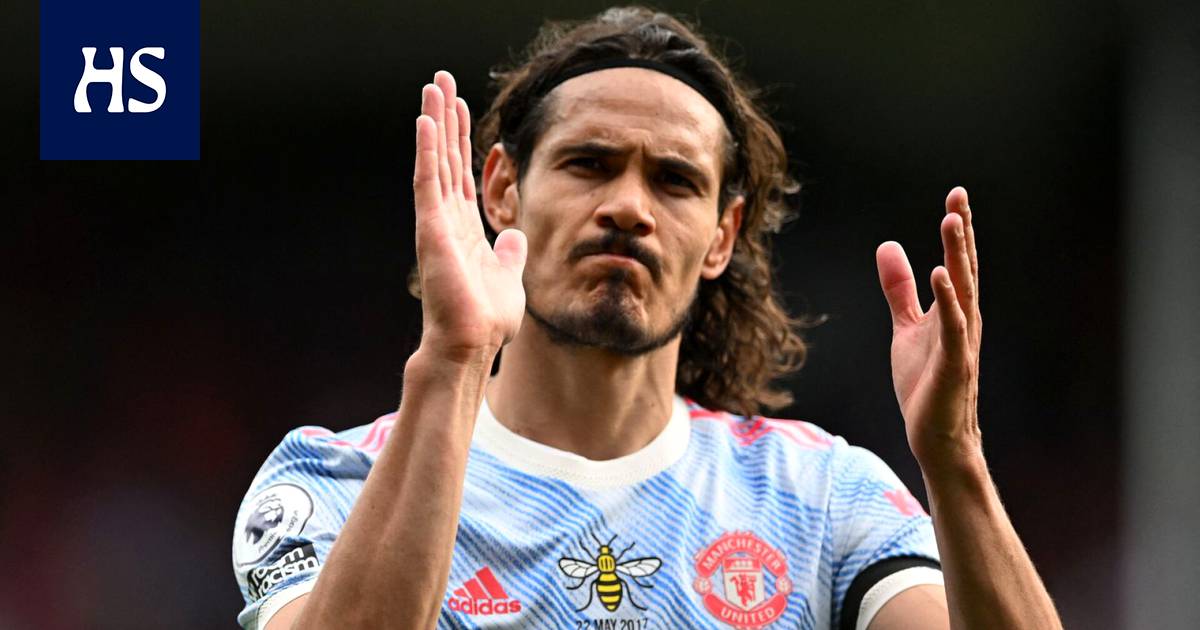 Meet them! The 10 magical towns of Mexico most searched on the Internet