“Boyé’s loss is very important, but we don’t depend on anyone” 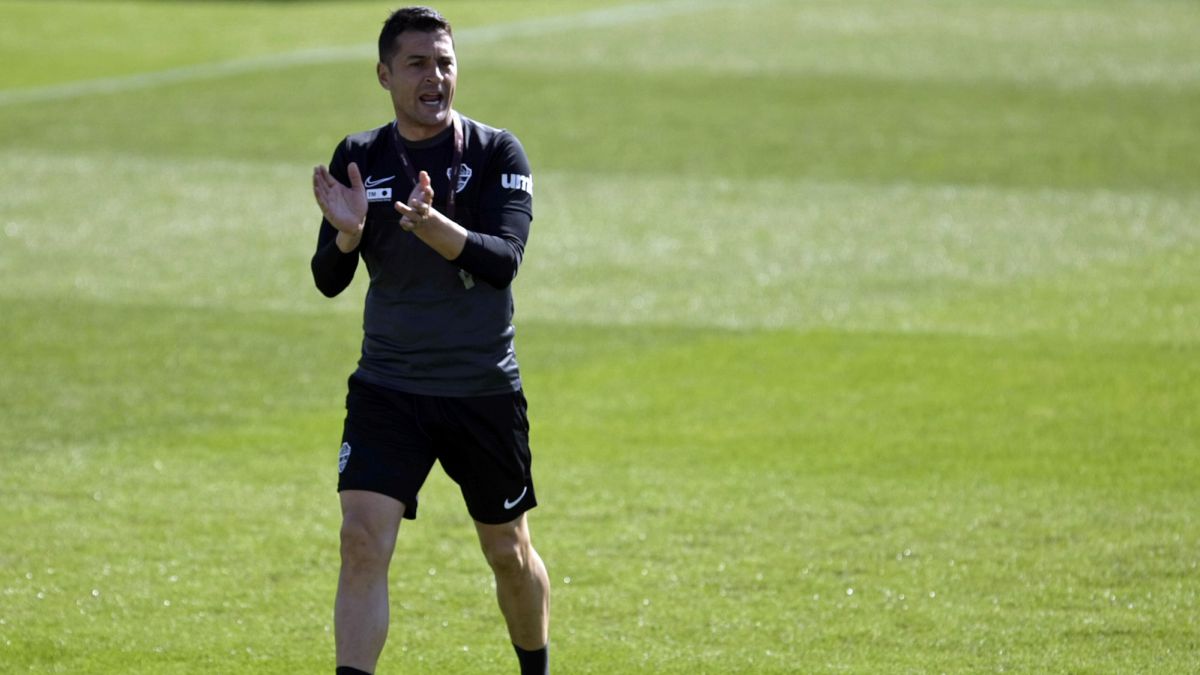 How do they get there: “Good. At the beginning of the week, we were very screwed because we didn’t compete well. In the second half it was more of us. We made ourselves responsible and eager to play on Sunday to be competitive, ambitious and with the winning mentality. It will be a difficult game “.

Lucas Boye out: “We want him to be able to play again this season. It’s an injury to be cautious about. It’s a torn adductor tendon, with a safe recovery, but we’re confident he’ll be able to play the last few games in the League.”

Impact on the team: “He has influence because he is a player who has given a lot, he is top of our squad and we will miss him. We have to be realistic and we have already played games without him, like against Espanyol, Granada or others. There is a very good squad with players who can cover the space of Lucas”.

Change of style without Boyé: “We can vary something, as we have always done when he hasn’t been there. We have the profile we want to replace him. We work hard on a day-to-day basis so that whoever plays, does it well again. Carrillo was applauded the last time he played in the stadium and since then he has had few opportunities. Each one must add the best to compete at the highest level”.

See also  Accidents Perimeter III due to a traffic accident

Reaction: “We have to be a competitive team again. What we were not in the first part of Bilbao, where they won all the duels and we only made two fouls, when we were totally outmatched. In the second, 14; much better, we played later and brave. We were worried at the start of the week, but we have analyzed everything well. We want to be the same team as in many moments of the season”.

Hit and injured: “We have done little this Friday, preparing more at an analytical level. Mojica has had problems plus Josan’s strong blow. They are going to arrive because they are fine. Their mentality is to be available and to the fullest. It is difficult to find a professional who does not have discomfort on a physical level at this stage of the season”.

Five defeats in the last seven days: “We come from a bad dynamic of results. We have to know who we are and how we want to do it. We have to be realistic. We are all convinced that we are going to pull it off. We want to take an important step on Sunday; nobody would think of saving us after ten days. When I look at my players in the locker room, that makes me optimistic. Seeing them well doesn’t guarantee me winning, but it does guarantee that I’ll compete against a great rival”.

Real society: “He comes from winning 1-0 in the last minutes to get close to the Champions League. They have a great bench and a great team. He is clear about how to play and how to do it. We have done well against possession teams, focused on duels and being very zonal”.

Alternatives to Boyé: “He will not be, but we do not depend on anyone. Ezequiel came from a long time without playing. Against Rayo he played 25 fantastic minutes. Those physical peaks take their toll without the regularity of minutes. He is a forward that we love and he is going to give many happiness to our fans. Together with Carrillo and Pere there are top-level players to compete in the First Division”.

Dynamics of the last seven games: “I don’t look at the statistics much, but this week I do. In the last six games, we are the fourth best of the nine below. It is very difficult to win for someone who fights for permanence. Whoever does it will be able to add the points for salvation “.

Explanation of the losing streak: “If we become results-oriented, we fall into the error that we do not have the ability to win. The fans have fired the team with full support despite losing. In several games we were close to scoring. With these dynamics everything seems bad and negative. We want get the necessary points being smart and with confidence”.

Positive mentality: “That is fundamental. The team that is weak is going to have a harder time achieving the goal. We are convinced and capable. There are enough days left to achieve it and I am confident that we are going to achieve it. We have to be balanced. Salvation does not come by luck or for a wand, but for believing, being convinced and being together. This dynamic is broken by playing well and doing better than the rival. With two victories it is better for us because with 38 points you save yourself”.

Pastor: “He has problems that don’t allow him to have continuity on a day-to-day basis. We don’t know how he will be when his suspension ends. Hard training sessions with impact make it hard for him to get into that dynamic. His soleus bothers him.”

Johan Carbonero could go to trial for sexual harassment