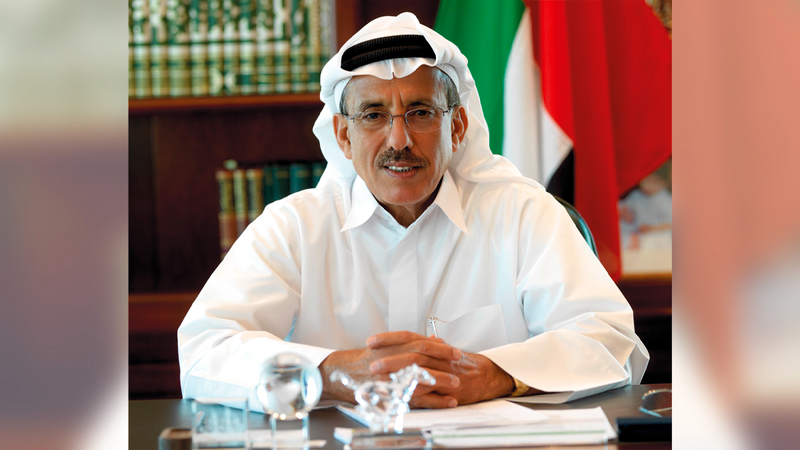 Businessman Khalaf Al Habtoor has called on the world’s rich to establish a fund with the goal of eradicating extreme poverty in the world.

Al Habtoor said in tweets on his Twitter account that “the extreme poverty that hundreds of millions of people suffer from is a great concern to him, and he always seeks to find solutions to eliminate it, with the effort and international collective cooperation.”

He added, “The repercussions of the Corona virus, and the deteriorating economic conditions in a number of countries, prompt me to re-share a study that I published in 2017, aimed at eliminating extreme poverty in the world.”

He explained that the study calls for obtaining a global gift to eradicate poverty, which does not exceed zakat or the percentages stipulated in the monotheistic religions, collected by an independent global institution, whose mission is to eradicate poverty in the whole world, without discrimination.

Al Habtoor previously invited a group of the world’s rich to establish a fund aimed at eradicating extreme poverty in the world. He said, “I pledged in 2016, from Washington, that I would offer the equivalent of 100 million dirhams, if I found someone to contribute, but the invitation did not receive a response.”

And he said in another tweet, “From (Twitter) I repeat the call to the able, let’s work together to eradicate poverty.”

Al Habtoor enclosed in the tweet a video clip, in which he said, “I always think that God Almighty has provided us with health, family and goodness, and when I travel, I see in many countries – including rich countries, which have severe poverty cases – people waiting for food, and this is very painful, so I thought about how We help and support the poor, especially those in need and children who die of hunger, poverty and cold, so I suggest establishing an independent fund or institution to support the needy without discrimination.

He continued, “All religions impose the release of funds for aid, charity and zakat for the poor, and from here I repeat my initiative to donate 100 million dirhams to support this fund, and I invite everyone to donate in their lives to help those in need, and I hope that this goal will be achieved.”

See also  Football, Verona banner with coordinates for the Russians to bomb Naples

Al Habtoor prepared a study, stating that the current century is the century of invention and innovation. However, epidemics and security instability in a large number of countries have led to a widening of the gap between the rich and the poor, as people who suffer severe deprivation are not on the list of priorities.

The World Bank estimated that about 385 million children live in “extreme poverty” (less than $1.95 a day).

According to UNICEF, poverty causes the death of 22,000 children every day “in some of the poorest villages in the world”.

About half of the world’s population lives below the poverty line (this line varies from country to country).

The study confirmed that it is time to put the plight of needy families at the top of the agendas of governments, all governments without exception, not only because leaving the population in the clutches of severe hardship and misery is the height of moral corruption, and an offense to the essence of all religions, but also in order to make our world safer For all of us, finding solutions is not impossible, provided there is a will coupled with creative thinking.

See also  Reader opinion There was no recycling point

She called for encouraging banks, multinational companies, charitable funds, humanitarian associations, religious authorities, and the wealthy to donate and do their best to promote this global effort.

Oxfam estimates that the eight richest people in the world have as much wealth as half of humanity, and in light of this reality of extreme inequality, helping the disadvantaged should be seen as a moral and religious duty.