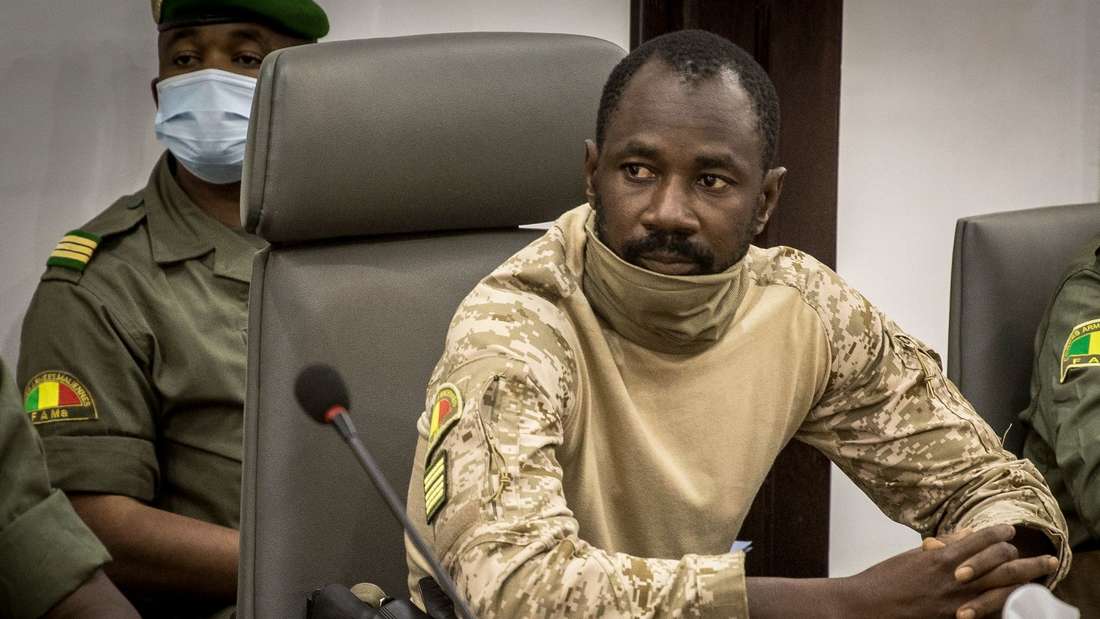 The Bundeswehr has its largest foreign deployment in the crisis state of Mali. But the situation is unstable after a coup. The military interim government now has to accept sanctions from neighboring countries.

Accra – The West African community of states Ecowas is imposing strict sanctions on the crisis state Mali because of the refusal of the interim government to hold new elections soon.

All borders to the member country will be closed with immediate effect, all non-vital trade relations and all financial resources of Mali will be frozen at the Ecowas central bank, according to the final declaration of the Ecowas summit in Ghana’s capital Accra on Sunday. All ambassadors of the group of states are withdrawn from Mali’s capital Bamako. The Ecowas heads of state and government were disappointed with the announcement by the interim government that new elections would not be held for four years from the end of February.

The declaration lamented a lack of political will to initiate an early return to democracy in Mali through new elections. The crisis state, in which Bundeswehr soldiers are also deployed, has experienced three military coups since 2012 and is considered politically extremely unstable.

Mali’s interim government recently admitted the presence of Russian trainers in the country and stressed that it had given them the same mandate as the EU training mission EUTM. Germany, France, Great Britain and other countries had accused her of bringing mercenaries from the Russian company Wagner into the country – which Mali’s interim government has so far denied.

In the Ecowas declaration it says literally: “Despite the denial of the Malian interim government, the international community remains deeply concerned about ongoing reports of private security agents being stationed in Mali, with potentially destabilizing effects on the West African region.” The situation is closely related to the political one The situation in Mali is linked. The Ecowas group of states therefore activates its standby force with immediate effect, “which must be ready for all eventualities.”

In the final declaration, the period of initially five years proposed by the interim government – and later reduced to a good four years until new elections are held – is criticized as “totally unacceptable”. “This schedule simply means that an illegitimate military transitional government will hold the Malian people hostage for the next five years,” the statement said. A quick return to the constitutional order in Mali is urgently needed. Both the United Nations and the African Union “and other partners” are called upon to support these sanctions.

Thousands of Afghans flee to Iran every day

Sea rescuers with more than 800 migrants are allowed to dock

What to do if the dog constantly bites the leash

The Bundeswehr is deployed in Mali with a good 1,350 soldiers as part of the EUTM and the UN peace mission Minusma. The French ex-colony with its 20 million inhabitants has been troubled by Islamist terror groups for years. dpa Joep wins national title among juniors: will there be another Wennemars at the Winter Games in four years' time?