We play Tiny Tina’s Wonderlands, a title full of unbridled action and laughter 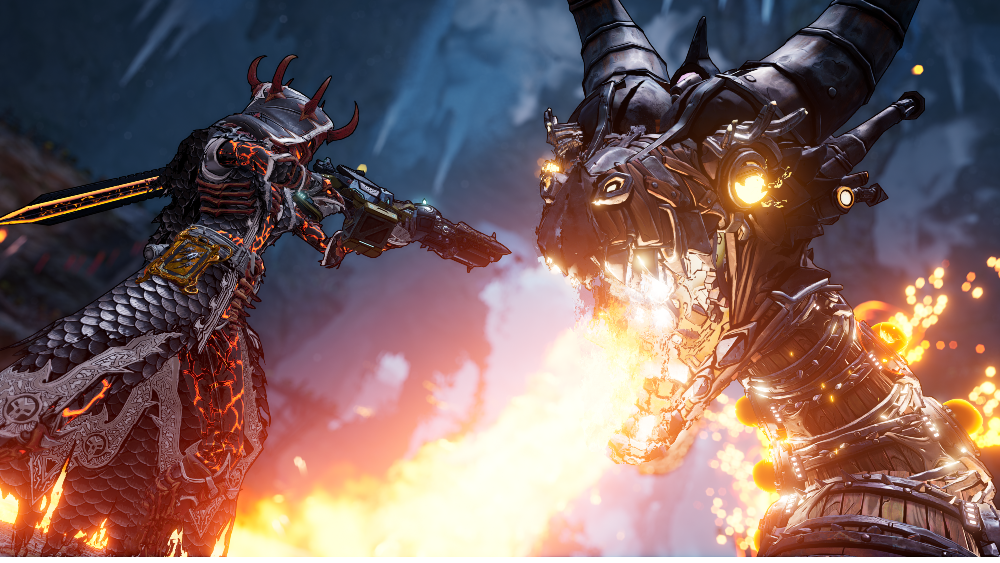 An RPG shooter with lots of laughs and action

Tiny Tina’s Wonderlands pretends to revive the emotions the funny mod that we saw a long time ago in Borderland 2already a few weeks after its premiere, in EarthGamer we had the opportunity to test an early version.

This new title maintains all the essence of the saga that gave rise to it; however, it adds some elements that make it unique in its execution.

To begin with, from the beginning it makes it clear to us that we are inside a role-playing game where Tina is the Game Masterso he assigns us adventures that we will have to complete using our abilities.

The essence of Borderlands but with its own identity

Tiny Tina’s Wonderlands It maintains a visual aspect and even controls very similar to those of the saga that gave rise to it; however, it adds a few sections that enhance its role-playing game soul.

To start with, we have some classes with their own special abilities that, far from limiting you, will allow you to create crazy combinations.

In this demo we were able to test two: the stabbomancer and the Gravebornwith which we went through one of the narrative arcs of the game.

The first of them favored melee attacks, critical attacks and elemental damage, in addition to allowing us to summon spinning blades with great damage capacity, while the other allowed us to sacrifice life to hurt rivals and cause status effects.

We know that in the final version there will be six classes, so one will fit your style of play.

Unlike what happened in Borderlandson Tiny Tina’s Wonderlands we can use each and every one of the weapons that we find in the game regardless of your class, although there are some that enhance certain effects.

You can find from machine guns to crossbows that may or may not have elemental effects, everything will depend on your luck.

Your character can also be equipped with armor that offers certain protections or boosts certain types of damage, so you’ll need to read everything you pick up carefully to create your perfect build.

Most of the time you’ll be spending ranged attacks, but you’ll also have access to swords, axes, and even maces with which to deal melee damage, and trust me, you’ll need them.

If this were not enough, you will also be able to use spells regardless of the class you have chosen, so you will have a true arsenal to face the hordes of goblins, dragons and other enemies that will make your life miserable.

If you are a fan of the Borderlands saga, you will know that humor goes hand in hand with the gaming experience, and in Tiny Tina’s this is accentuated.

There is a good localization work so that the jokes and puns are maintained, although if you are from Latin America it might seem shocking that the game is dubbed into Spanish from Spain.

At least in the part that we played, we ran into a lot of funny elements, both in the main narrative and in the movements and form of the enemies, which you will sometimes hate for their toughness.

More an RPG than a shooter

The element of RPG has always been present in games gear box; however, in Tiny Tina’s Wonderlands was enhanced.

There are talent trees that will strengthen some characteristics of your character, and if this is not enough, you can also distribute points in qualities such as strength, dexterity, etc.

Combined with the massive amount of weapons and armor you will find on the map, this feature will allow you to create crazy builds that can favor elemental, weapon and even melee damage, so you can unleash your creativity.

This early version of Tiny Tina’s Wonderlands It looks very promising, but it will be until March 25 when we will see its full potential.

At the moment, we can tell you that it is a great game to pass the time and distract yourself with action and lots of laughs.