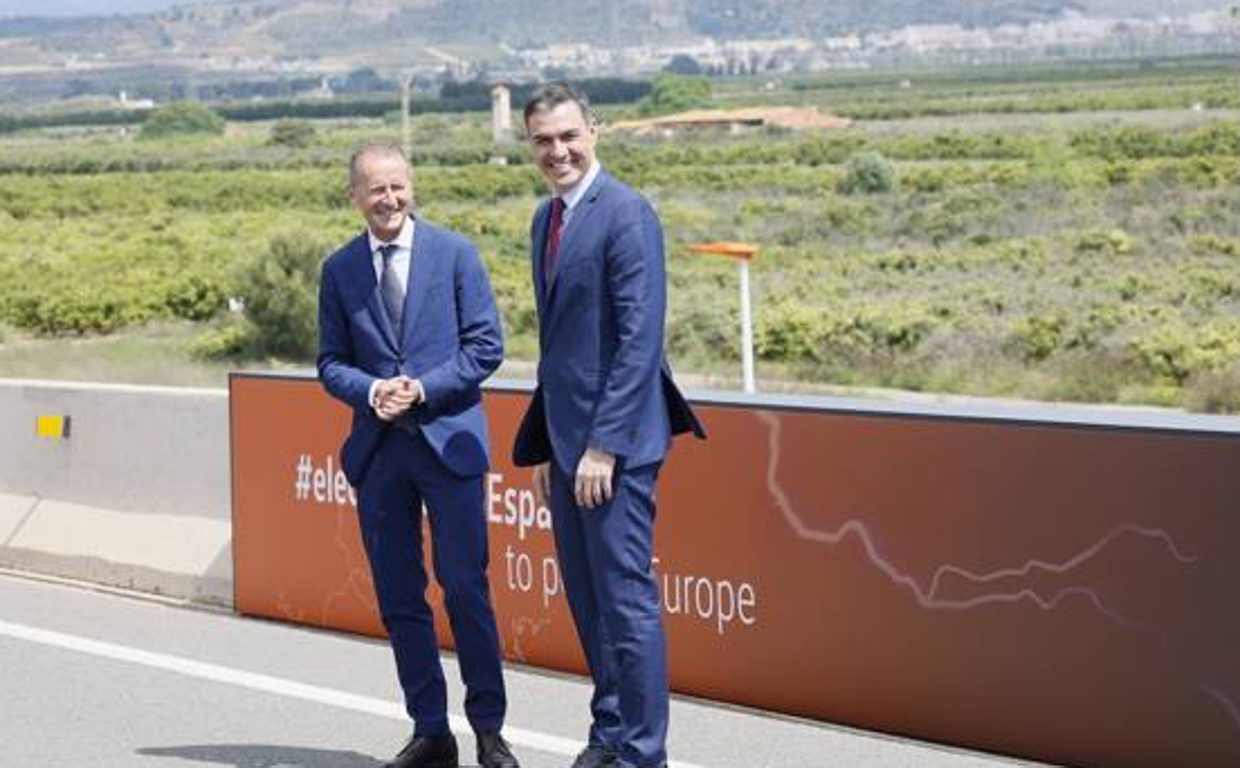 In the absence of a few days for the definitive resolution of the Perte of the electric vehicle to come out, the multinational avoids confirming its plan while hoping to attract more European funds

The Ministry of Industry, Commerce and Tourism will publish “in the next few days” the final resolution with the applications submitted to receive aid from the Strategic Project for the Recovery and Economic Transformation (Perte) of the Electric and Connected Vehicle (VEC).

The wait is long and some of the projects presented could rethink their continuity. One of them is the gigafactory planned by the Volkswagen group in Sagunto. The manufacturer is considering the possibility of canceling the construction of this facility due to lack of public funds.

The forecast is to invest 10,000 million in the entire electrification process. The project not only involves building the Sagunto plant from scratch but also transforming the Seat factories in Barcelona and the Volkswagen factory in Navarra to produce electric vehicles.

The manufacturer expected to obtain at least 700 million, but the allocation would remain between 300 and 380 in the final resolution of the program.

According to company sources consulted by ABC, Seat, the company leading the project, avoids going into specific details about the Sagunto plant, but insists on what has been their main demand since the Perte of the electric vehicle, speed and clarity: “The Spanish automobile industry needs an urgent and favorable resolution of the Perte, aligned with the investments that all companies propose to make, to accelerate the transformation process of the sector throughout its value chain” .

They also recall that together with the Volkswagen Group they make up a group of 60 companies “willing to mobilize 10,000 million euros to electrify the automobile industry in Spain and turn the country into a hub for electric mobility in Europe”. Making it clear that the project cannot be separated from the European funds that may arrive, the company insists that nothing is closed and that the decisions that may be made on the “different projects” will be adopted once the final resolution is published and analyzed. .

Volkswagen Group and Seat registered as partners of ‘Future: Fast Forward’ the Strategic Project for the Recovery and Economic Transformation of the Electric and Connected Vehicle (Perte VEC), made up of 62 national and international companies from various sectors, including Iberdrola, and eleven autonomous communities of Spain. The deadline to request this aid ends on May 17 and the budget amounts to 2,975 million euros: 1,425 in the form of loans and 1,550 through subsidies.

In an appearance at the Congress of Deputies to detail the General State Budget (PGE) proposal, the Secretary General for Industry and Small and Medium Enterprises, Raül Blanco highlighted the difficulty of a program such as Perte for the electric vehicle that has with “the largest endowment ever made to a sector”.

Ange Chibozo, last season with Juventus sub-19. / JUVENTUSReal MurciaApparently, the footballer will not wear the Real Murcia shirt for...

The Tail Keeps Wagging the Dog And Nobody Talks About It!