Total War: Warhammer 3, a video shows a battle between the Grand Cathay and the Tzeentch

Creative Assembly has published a new gameplay video of the highly anticipated Total War: Warhammer 3, which shows a battle between two of the factions in the game: i Grand Cathay and the Tzeentch. The video, which you can find at the head of the news, shows the armies of both factions, with the various units that make them up, and then the fight is started, truly spectacular. At the end there is also a big surprise. In short, if you are waiting for the game, it is worth watching.

If you want more information, read our Total War: Warhammer III trial, in which we wrote:

After this first meeting we can only look forward to Total War: Warhammer III. Creative Assembly has kept the battle structure unchanged, has further enhanced the graphics and is looking for a way to “tell” in an even more insightful way the infinite conflict between order and chaos. In Total War: Warhammer III we will find more factions, more magic and more Warhammer lore than in previous episodes, for a trilogy conclusion that will hopefully be worthy of the series. This is, however, the first taste: now we can’t wait to see everything the developers have thought of to make the experience even fresher.

For the rest we remind you that Total War: Warhammer III will be available at the beginning of 2022, only on PC. 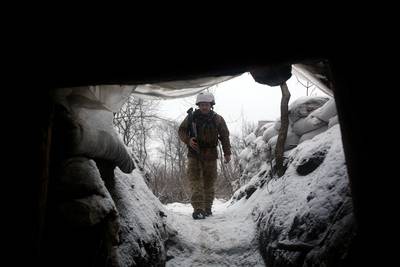 In love and on welfare? Here you can live together for six months without consequences for benefits

Booster vaccination with Biontech or Moderna: These side effects can occur

Netflix’s Cowboy Bebop presents us with a unique preview |