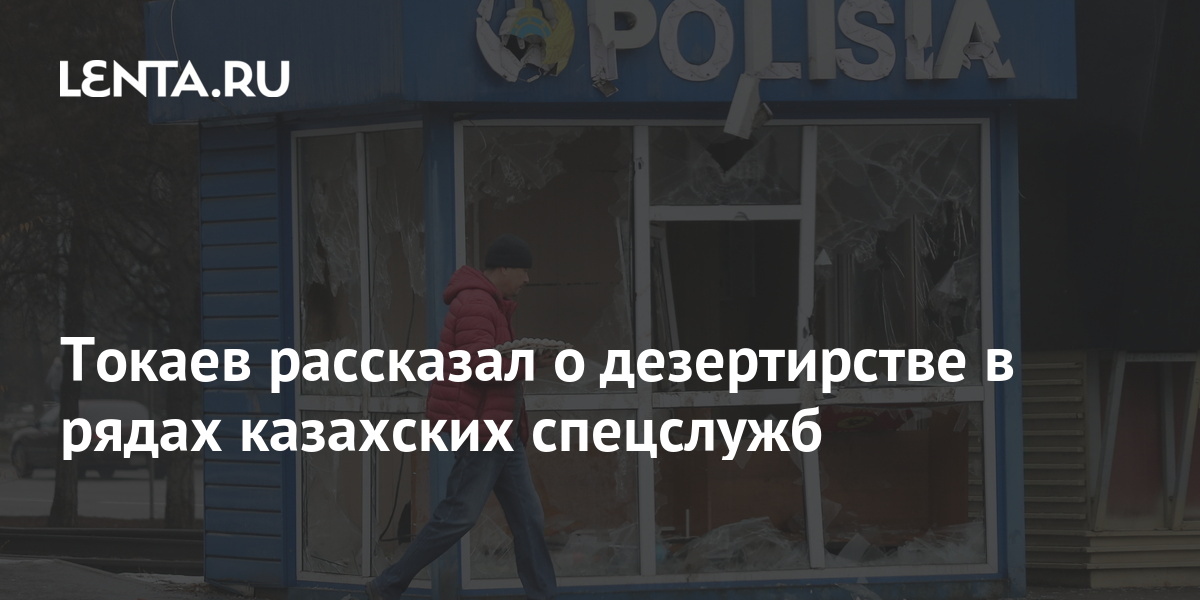 Some of the employees of the National Security Committee (KNB) of Kazakhstan, during the riots, left their office buildings without a fight, leaving behind secret documents and weapons. President of the republic Kassym-Zhomart Tokayev spoke about desertion in the ranks of the special services, writes “Sputnik Kazakhstan”…

According to the politician, such incidents were recorded in several cities at once. In all these cases, the KNB officers had the opportunity to defend themselves against radicals, had a sufficient arsenal to defend state institutions. At the same time, other Kazakh power structures, as noted by the head of state, showed courage and fought against looters, despite the numerical minority.

“For example, in Almaty, a small group of policemen fought off attacks by bandits trying to seize the buildings of the police department for two nights in a row. In a critical situation, the servicemen of the Ministry of Defense and the State Security Service have shown themselves worthily, ”Tokayev said.

The protests in Kazakhstan began on January 2 due to the skyrocketing prices for gas motor fuel. Soon economic demands were replaced by political ones: the resignation of the government, the holding of new elections, consideration of the issue of lustration of people from the “clan” of former President Nursultan Nazarbayev.

By January 5, rallies in Kazakhstan escalated into riots. In Alma-Ata, shops, banks were looted, the airport building, police stations, government agencies and infrastructure facilities were seized. An army was sent to suppress the protests. President Kassym-Jomart Tokayev appealed to the CSTO with a request to send troops to defend the country from armed bands.

At the organization’s online summit, which took place on January 10, the politician called the incident an attempt at a coup d’état, inspired from the outside. Other leaders of the CSTO states, including Russian President Vladimir Putin, agreed with this position.