The United States is still in mourning after the shooting Tuesday in Uvalde, Texas, in which An 18-year-old man cold-bloodedly murdered at least 19 children and two teachers at a primary school. The most recent gun casualties in the US, where 7,632 people have lost their lives in murder, unintentional shooting or self-defense, since the start of 2022, according to the Archive for Gun Violence.

(Also read: Why are shootings on the rise in the United States?)

Today I ask the nation to pray for them, to give parents and siblings the strength in the darkness they feel today: Joe Biden

Amidst the pain and repudiation, a controversy immediately arose that has been consuming this country for years and that tends to be reactivated every time a tragedy of this magnitude occurs: that of arms control and the tension that this provokes in the face of the Second Amendment, which grants the right to Americans to acquire these lethal devices even in large stores.

In this case, and given that the victims were mostly children under 10 years of age, there is enormous pressure for Congress to finally establish stricter controls on the sale and other prevention measures in relation to weapons.

“Today I ask the nation to pray for them, to give parents and siblings the strength in the darkness that they feel today.. But as a nation we must also ask ourselves, when in God’s name are we going to stand up to this gun lobby?” President Joe Biden said in a televised address to the nation.

Biden was referring to the vast amounts of money being spent by the US arms industry lobbying Congress to prevent limits on firearms.

(You may be interested in: Texas and the worst school massacres in the history of the United States)

Biden was visibly shaken after the Texas school shooting.

The president, who announced a trip to Texas, asked the Legislature to approve a law with “common sense” changes as soon as possible, such as stricter pre-sales procedures related to background checksdecreased capacity of suppliers or limits on access to semi-automatic rifles.

But Republicans, after offering heartfelt condolences, have given clear indications that they will oppose any substantive changes that restrict the reach of the Second Amendment.

“Inevitably, when these kinds of murders happen, you see politicians trying to take advantage. Like the Democrats and people in the media whose immediate solution is to restrict the constitutional right of law-abiding citizens. That doesn’t work and it doesn’t stop crime,” said Sen. Ted Cruz, a Republican from Texas.

(Also: Shooting in Texas: 10-year-old children and two teachers, victims of the massacre)

According to Cruz, the answer is instead to put more armed guards in schools and give guns to teachers and staff in schools so they can defend children. A comment that provoked the angry reaction of many. Among them the congressman of Colombian origin Rubén Gallego, who cataloged Cruz as a “child killer”.

Thom Tillis, another senator from this party, asked the Democrats not to assume a reactive attitude thinking that the problem could be solved if the population did not have access to weapons. Tillis was open to discussing measures, but focused on reinforcing the “red flag” system, which some states have approved to warn authorities when a person is potentially a danger to citizens. But when asked if those measures could include any controls on arms sales, he immediately said no.

The Democrats, for their part, announced the presentation in the Upper House of two bills that seek to expand background checks for buyers online and at gun sales fairs, among other things.. Both laws were approved by the House of Representatives in 2019 and 2021, but never advanced in the Senate, despite the fact that a majority of Americans, according to polls, are in favor of similar measures.

Of course, this is not the first time the US has found itself at such a crossroads.

Robb Elementary School in Texas, where the incident took place.

(Keep reading: Salvador Ramos: what is known about the alleged perpetrator of the shooting in Texas)

In 2012, after the massacre of 20 children at Sandy Hook Elementary School in Connecticut, a situation almost identical to the current one arose. Despite enormous pressure, the issue ended up being watered down in Congress, where only cosmetic changes were approved.

And, probably, something similar will happen this time. In principle, because Biden’s party only has a simple majority of 50 votes in the Senate, among which there are two who usually vote with the Republicans on issues like these.

Likewise, there is very little interest among conservatives in giving up distance just in an election year like this 2022, when the House and a third of the Senate will be renewed. Given that their primary constituents are located in states with a large rural population that opposes controls on gun sales, there is little appetite to join such initiatives.

Most likely, of course, they will pay a political cost for opposing. And that’s probably why Democrats will put the bills up for a vote, despite knowing they don’t have the votes to pass them. But that cost, in his calculation, is lower than that of challenging the party’s bases. That, of course, does not hide the fact that in the US this type of assault, not only in educational centers, has become a daily bread.

Flags at half-staff after the shooting.

So far in 2022, there have already been 215 assaults in the country, which are defined as incidents where at least four people are killed or injured. That is, more than one daily. Meanwhile, in 2021, 693 such shootings were documented, the highest number recorded in decades.

The case of schools is also dramatic. The one in Texas is the worst massacre in an American school in a decade. According to the Washington Post, there were 41 school shootings last year, the highest number since at least 1999, the year they began measuring the phenomenon. And in this 2022, which is not even halfway through, there are already 24.

(You can see: Texas shooting: the 10-year-old heroine who died calling 911)

According to the newspaper, in these 20 years at least 311,000 children have been exposed to this type of violence in the classroom.

As for why these types of incidents are so common in the US, most analysts agree that there is a direct correlation to the number of weapons circulating among civilians and how easy it is to acquire them. According to a study by the Small Arms Survey (SAS), no other country in the world has more weapons than inhabitants as does the United States, where there are more than 393 million in circulation, that is, 120 for every 100 inhabitants.

Meanwhile, hehe National Rifle Association confirmed that it is going ahead with its annual convention in Houston, Texas, scheduled for this weekend, where former President Donald Trump is scheduled to speak.

What is known about the school massacre in Uvalde

The 18-year-old Salvador Ramos perpetrated one of the deadliest massacres of its kind in 20 years.

The two teachers who died trying to protect their students were Irma García and Eva Mireles, making a total of 21 fatalities.

See also  Pre-emptive confrontation and draining the sources..Europe introduces measures to confront terrorism and the "Brotherhood"

(You may be interested: The last chats of the author of the shooting in Texas before killing 19 children)

This thread will be dedicated to the victims of the mass shooting in Uvalde, Texas.

As a parent, my heart is broken seeing these faces and their ages.

My condolences to their families during this difficult time 🙏🏻

Xavier Lopez, 10. He was a 4th grader at Robb Elementary. pic.twitter.com/261cSEBFZ3

The town of Uvalde is located one hour from the Texas-Mexico border, so a large majority of the victims would be of Latino descent. The Mexican president, Andrés Manuel López Obrador, expressed his condolences to the relatives of the victims and although he assured that it still cannot be confirmed if any of the deceased were Mexican, he maintained that “there is no doubt” that the majority would be of Mexican origin. .

Hours after the massacre, it was learned that the attacker was an 18-year-old boy named Salvador Ramos, who was discharged by the authorities.

Texas Governor Greg Abbott reported that Ramos wrote on his Facebook account his intentions to attack the school about 15 minutes before the event. Meta, the company that owns the social network, qualified Abbott’s statement and said that it was not public messages, but private ones, sent to another user.

“We are cooperating closely with law enforcement in their investigation,” Meta spokesman Andy Stone said.

The attacker also shot his grandmother minutes before the massacre, who, despite being hit in the head, called the emergency room to say that her grandson was on his way to Robb Elementary School. Witnesses claim to have seen him with a pistol and a semi-automatic rifle, known as an AR-15.

The young man bought the gun as soon as he turned 18.

Various personalities around the world have sent their messages of condolences. Pope Francis lamented what happened and indicated that he “prays that those who are tempted by violence choose instead the path of solidarity and fraternal love.”

For his part, Canadian Prime Minister Justin Trudeau announced that his government will adopt measures to restrict the use of firearms in his country after what happened in Texas.

United States: the numbers for violence with firearms

Biden to meet with families of victims in Texas shooting

Texas: massacre author announced on Facebook that he was going to attack a school 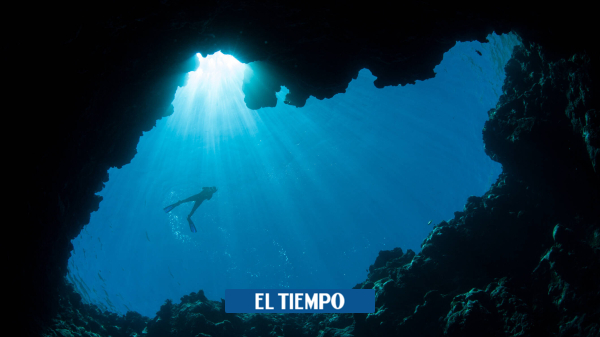 The data showed that crude stocks fell by 3.8 million barrels over the week ending June 24, while gasoline stocks... 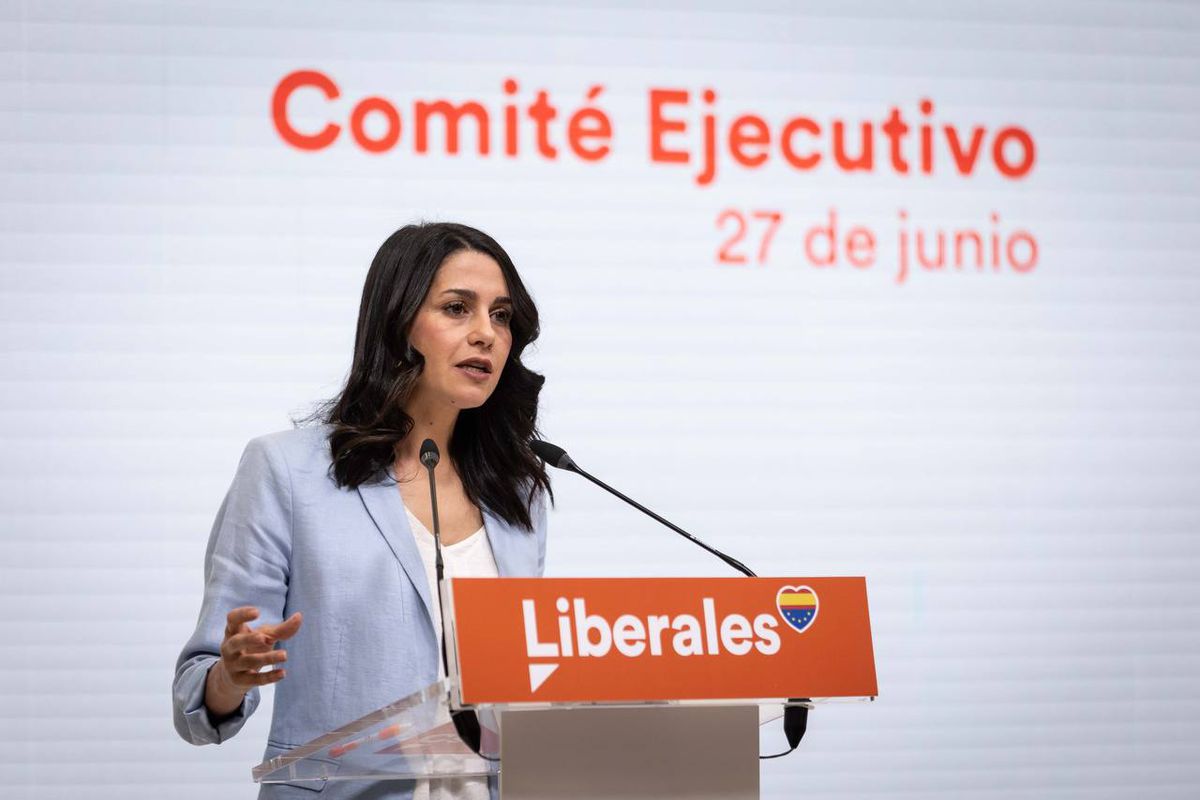 The president of Ciudadanos, Inés Arrimadas, this Monday, during her speech by the executive committee.Pedro Ruiz (CitizensLittle room for maneuver...

Mutant sharks that inhabit waters near the "Sharkcano" volcano are at risk: NASA