The small print to jump to the regulated gas rate 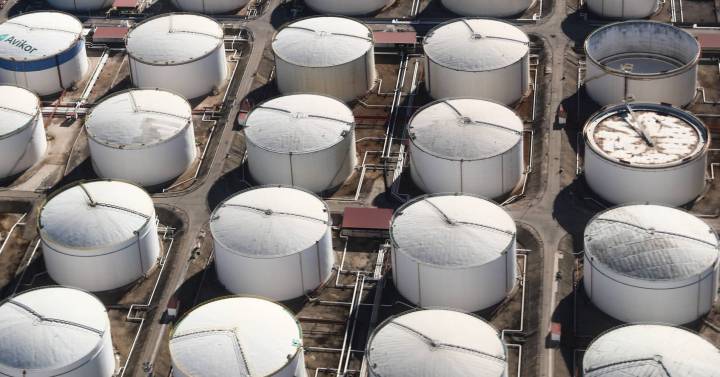 A journey in the desert. In this way, Ana García describes her attempts to try to change her gas contract to the rate of last resort (TUR). The problem was not only finding an agent from one of the four companies that offer this option, but the unexpected costs that no one told him about. “I have contracted the regulated rate and my previous marketer confirmed that there was no penalty, but I do have to continue paying for the additional maintenance service,” says this Zaragoza resident. And, although she tries to laugh at the inconvenience that it may cost her an additional 60 euros a year, she doesn’t really know what to do: her previous company, Naturgy, only offers to give up the TUR and go back to her old gas offer.

The annual payment of additional services is just one of the subtle obstacles that energy companies are putting in the face of the “massive movement” of consumers to switch to the regulated gas rate, as highlighted a few days ago by the president of the National Commission of Markets and Competition (CNMC), Cani Fernández.

The Secretary of State for Energy, Sara Aegesen, also announced that the CNMC has opened an investigation to find out if the marketers are making it difficult for customers entitled to the TUR to avail themselves of them. According to the agency, this informative file will only consider the agility of the procedures, the attention resources that the company has made available and the response time.

José María Arenzana, a resident of Seville, comments that, although there are better rates, he prefers to avoid the work involved in changing the ownership of his receipts, a step prior to any change in contract. “I am very opposed to changing the rate because you enter into an impossible administrative maelstrom”, he recounts while he recalls all the attempts to change the data of his supply contract.

The marketers admit that the avalanche of rate change requests has caught them off guard. Other industry sources put a number on this renewed interest: rate change requests have multiplied by six. One of the marketers assures that it has multiplied the number of agents to attend the calls of the interested parties for the TUR rate. This contrasts with the complaint of users on social networks last week because the subsidiary of some large group (which are obliged to offer this rate) had withdrawn the contracting option on its website.

The general secretary of Facua, Rubén Sánchez, is not surprised at the difficulties suffered by consumers. “This type of situation occurs beyond the attempt to change to the regulated rate, it is our daily bread,” he points out. The organization highlights the ignorance of the “vast majority” of users in this regard, at the mercy of a growing number of calls from commercials of trading companies in the free market. “The commercial says that there is a cat locked up, that the TUR is a scam and this can confuse customers,” they add from Facua.

See also  Juan Sebastián Molano, the only Colombian in Paris-Roubaix

The high prices of the latest bills received by households and the multiplicity of terms only confuse the customer, even if they do not have a gas supply.

This is the case of Goretti Medina, who received a call from a telemarketer who identified himself as part of a marketer of which she was not a client and who notified her of an incident in her electricity meter. This was her excuse to offer an offer to switch to a new electricity contract with this firm, which would solve the (non-existent) problem with the device. The teleoperator stated that, due to the Iberian exception and the cap on gas, this consumer from Valencia had to change her contract. “They will have achieved it with more than one, since many people will have higher bills and will not know why,” she denounces.

Medina considers that this last year he has learned a lot about the different rates, charges and hiring options, which helped him make better decisions and help his family members with their questions. But it is an isolated case: the CNMC already carried out a study in 2020 in which it ensured that only 1 in 4 households knew the difference between the free market and the regulated sector.

Sellers’ attempts to attract new customers reach unsuspected spaces. “We have some very good plans with a stable rate of 0.15 kWh so you can save on your electricity bill,” was the message that a Twitter user received on Grindr, a dating app used by the LGTBQ community. Unlike the problems suffered by other users, this sale attempt was an excuse for laughter and humor on social networks.

Before contacting one of the companies that sell regulated electricity or gas rates, it is important to have your DNI/NIE, personal data, home address, bank account to direct the receipt and the Universal Supply Point Code ( CUPS), found on bills.

Only two of the four companies that sell the TUR, Baser and Gas&Power, allow you to contract the service digitally. The OCU highlights that, beyond having this facility, the online sites of all companies are difficult to find for most users, since they do not appear in the first pages of search engine results or the design does not Easy to understand options.

Consumer organizations warn interested parties that companies, even in the regulated market, can offer additional maintenance, repair or insurance services in case of unforeseen events. The key? All of these are optional and at the discretion of each household.

Facua points out that it is important for consumers to keep the management number or record the conversation in case of doing it by phone in order to be able to claim in the event of any delay.