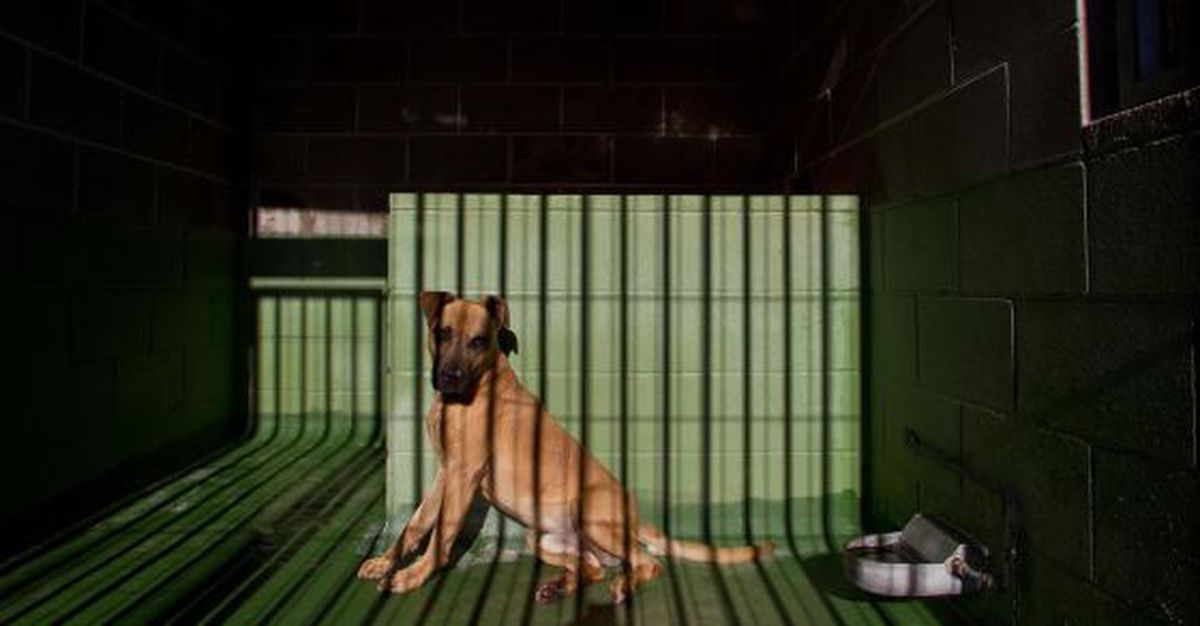 The Council of Ministers has today approved a modification of the Penal Code, which will now be sent to Congress, to extend prison sentences up to two years when a vertebrate animal is intentionally killed by mistreatment. Currently, the maximum is in 12 months. One of the main novelties is the inclusion of wild vertebrate animals within the crime, not only domesticated, domesticated or living with man as was the case until now. In addition, the use of animals to coerce or threaten in cases of “gender or domestic violence” is considered an aggravating circumstance, a situation that “mainly” affects women.

The dissemination of animal abuse in a public event or dissemination through information technologies is also considered as an aggravating circumstance. With this reform, behavior as cruel as “drowning a baby wild boar or burning, for example, a fox alive and uploading it to social networks and not having any legal reproach” will end, “said Ione Belarra, Minister of Social Rights and the 2030 Agenda, at the press conference after the Council of Ministers.

At the same meeting, the Government has given the green light to the animal protection and welfare bill —after a push and pull of almost five months due to differences between the PSOE and the text of United We Can— which is now being sent to Congress to begin its parliamentary processing. United We Can accused the Ministry of Agriculture, led by Luis Planas, of paralyzing the draft to favor the hunting sector, which sees its interests threatened.

Nuria Menéndez de Llano, lawyer and director of the Animal Justice and Defense Observatory, finds that the proposal to amend the Penal Code does not propose prison sentences for the crime of abandonment. “It is one of the main problems that exist in Spain, and, in addition, the sanction can be commuted for work for the benefit of the community,” she adds. To Menéndez de Llano it seems like a setback, “because this problem that affects some 300,000 animals a year should be taken more seriously.” The consequences are not only due to the mistreatment of the specimens that are left alone, but “due to the ecological consequences that they entail, such as dogs that become feral and even hybridize with wolves or cats that prey on birds.”

The lawyer also complains that sexual abuse is only considered a form of mistreatment if injuries that require veterinary treatment are produced as a result of that attack. So that “the judges will not be able to rule on the crime if the animal is not very bad”, she points out. This abuse will be punished with a prison sentence of three to eighteen months or a fine of six to twelve months, but as long as the damage is proven. “This government has fallen short, also in modifying prison sentences for mistreatment with death, which we think should be between three and five years.”

Livestock and bullfighting are outlawed

The animal protection and welfare bill promotes zero sacrifice, prohibits the sale of pets in stores and wild animals in circuses, eliminates the list of potentially dangerous dogs, penalizes leaving a dog unattended for more than 24 hours, bets on professional breeding and includes sterilization if it is not possible to keep males and females separate, among other measures. It is aimed at pets, although it touches on aspects such as the prohibition of silvestrism (capture of small birds in the wild) or the prohibition of pigeon shooting. It leaves out the species of food production, livestock and bullfighting. In Spain there are more than 13 million pets registered by the communities: one in three households lives with one.

See also  On the anniversary of Sultan Al Qasimi's assumption of power in Sharjah... 50 years of giving to the homeland

Finally, owners of sheepdogs and hunting dogs will not have to take the basic course, which is offered to any owner of these animals. “It is assumed that they have specific prior training,” says Sergio García Torres, general director of Animal Rights. They are also allowed to be left unattended for more than a day, unlike other pets. “It will not mean a reduction in the rights of animals, because the rest of the conditions such as identification, breeding… are maintained,” says García Torres. As for compulsory sterilization —proposed by the law to avoid unwanted births if males and females cannot be kept separate—, the owner will have to register as a breeder if he cannot or does not want to do so.

The law, the first state law, aims to put an end to the disparities caused by the existence of 17 different regional animal welfare laws. For example, regarding the zero sacrifice of pets, one of its star measures, currently in Madrid and Catalonia euthanasia is not carried out on abandoned animals without reason, but in other communities such as Andalusia it is allowed. Taking this objective into account, the law “is very well planned to give coherence to all legislations”, comments Menéndez de Llano, who misses greater precision as to how the courses to have an animal in charge are going to be developed. or how the possession of potentially dangerous dogs is going to be resolved.

Despite pursuing the improvement of animal welfare, the bill presented by United We Can in October last year raised a great controversy between very different groups: 800 scientists signed a document against it, the hunters assured that it was an attack on their activity and also aroused the suspicion of the General Council of Veterinarians. Fernando Valladares, CSIC researcher and signer of the manifesto, asks that the opinions of scientists be taken more into account. “This legislation is driven by a laudable and necessary effort to assert animal rights, but it must be grounded in the reality of the world in which we live. Perhaps what would be really interesting would be a combination of that load of emotion and our studies, the result of observation and follow-up, which are objective”, he states.

Miguel Ángel Hernández, spokesman for Ecologists in Action, indicates that this new text seems to them “much more complete than previous drafts.” He considers that he makes great contributions both to the protection of domestic and wild animals (which are kept in captivity by private individuals), but announces that they are going to present allegations. He is concerned about the treatment that is going to be given to cats that live on the street in feline colonies. The law speaks of an “ethical management”, which includes the sterilization of these cats and marking them with a cut on one ear before releasing them again later in the same places where they come from. “What does not seem appropriate to me is that the same be done in the field, because these animals, although they are sterilized, have not lost their predatory nature and are competitors of wild animals, such as, for example, the wild cat, which is in danger ”, specifies.