The EMA gives the green light to Paxlovid, the anticovid pill: when is it expected and how does it work 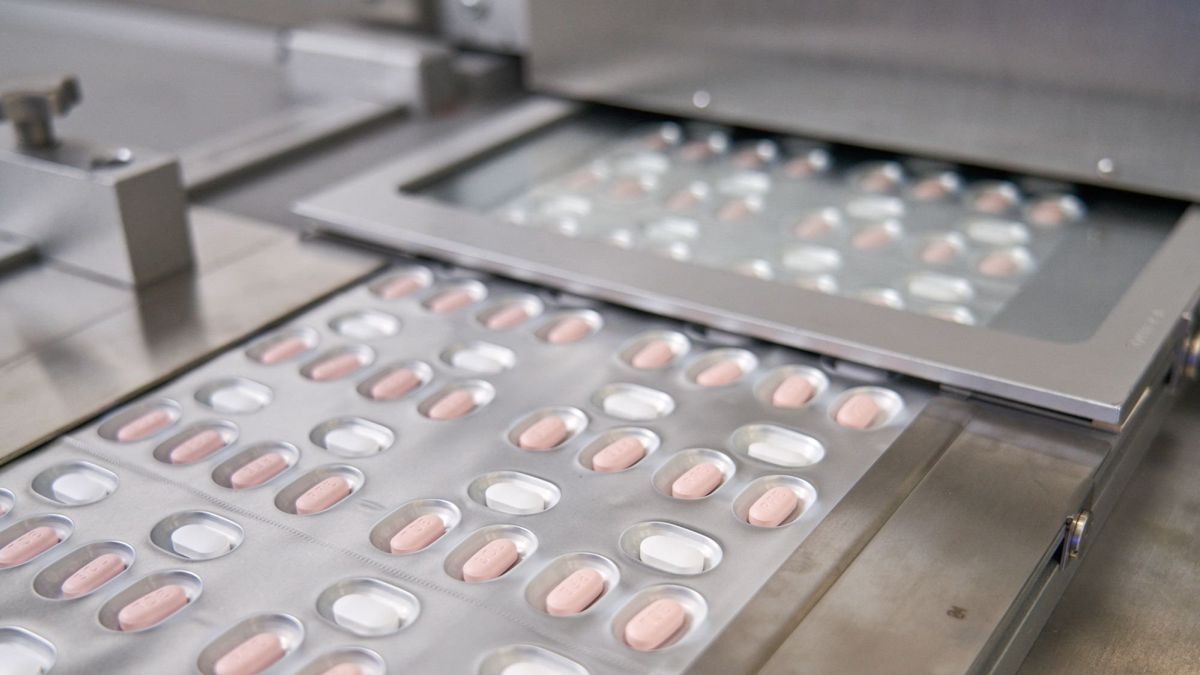 The European Medicines Agency (EMA) has confirmed this Thursday the authorization to the use of Paxlovid, the antiviral drug from the pharmaceutical company Pfizer against COVID, intended for patients with risk of developing critical or serious symptoms and who do not require oxygen, according to the company. Also, note that it is a “potent inhibitor” against the Omicron variant of the coronavirus.

What’s more, This treatment, a pioneer in Europe, is 89% effective and is administered five days after the onset of symptoms, according to pharmaceutical data. Only, the EMA had authorized the use of this antiviral for emergency situationswhile the approval of this Thursday allows the marketing of said drug.

Therefore, after this announcement European Union countries can use this drug for those patients who need it and are hospitalized. For the moment, Italy, Germany and Belgium have executed the purchase of said drug.

How does Paxlovid work and how is the treatment?

The drug Paxlovid is made up of two antivirals, nirmatrelvir and ritonavir., whose function is to block the activity of a specific enzyme that the virus uses to replicate in the body. But nevertheless, the pharmacist points out that this medicine does not replace vaccinationsince his work focuses on the rreducing the risk of developing serious conditions due to COVID. Regarding the treatment of said drug, the clinical reports indicate that the treatment requires a total of 30 tablets orallyof which three pills will be administered, two of nirmatrelvir and one of ritonavir, twice a day for a minimum of five days.

When will Paxlovid arrive in Spain?

Pedro Sanchez announced the purchase of a consignment of more than 340,000 drugs, although it did not specify when they will be available in our country. The Spanish Medicines Agency will be in charge of deciding the patients who will receive this treatment, since it will be agreed by the criteria of the experts that make up this body, Although its use will be limited to patients with mild conditions that can lead to more serious symptoms, as a general rule.

However, there is a set of criteria for access to this treatment, in depending on the conditions of high-risk patient, including hematopoietic stem cell transplant recipients, in the two years after treatment, and the solid organ transplant recipients, with less than two years. Also, patients with cystic fibrosis, Down syndrome, aged 40 or over and immunosuppressed peoplewith no response to the vaccine.

Merck’s antiviral under review by the EU

Too, the pharmaceutical company Merck developed an antiviral treatment, similar to that of Pfizer, under the name of molnupiravir. But nevertheless, this drug is under review by the European Unionsince the data provided by the preliminary rates of clinical studies confirm that the drug is less effective than previously thought. Instead, some countries like The United States, Mexico or Israel have given the green light to its authorization for its use.