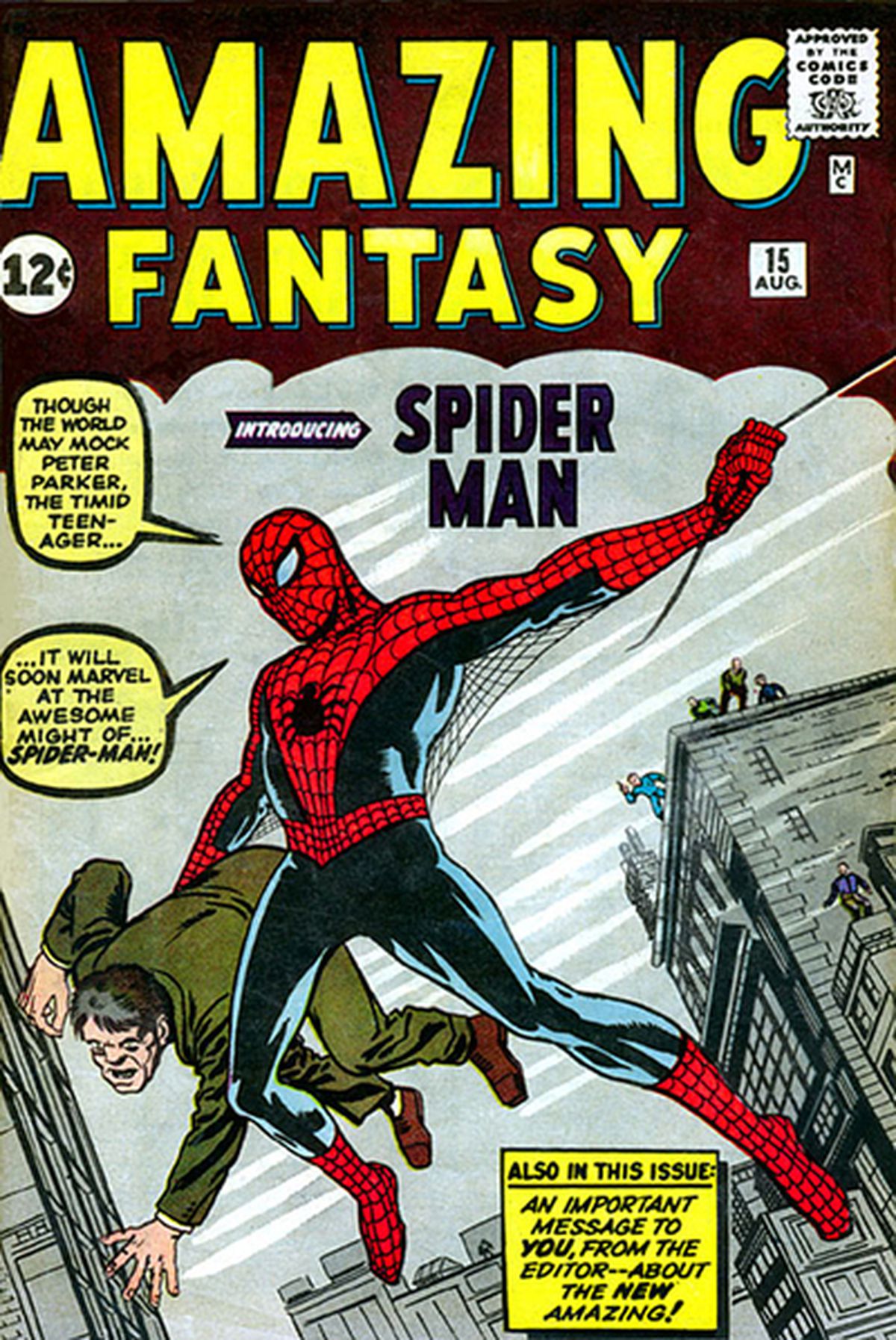 Any sensible doctor would tell them to stop. Sliding between skyscrapers with a spider web or lifting a massive hammer are not plans for the elderly. His, at this point, would be more of a placid retirement. Like normal individuals. They, however, are exceptional. One, even divine. Society needs them. The readers, too. And his editorial, even more so. So there is no downside: the superhero’s career does not provide for retirement. And that they have quoted merits to spare. Because these months three icons of Marvel comics, Spiderman, Thor and Hulk, celebrate 60 years at the service of good. They will be followed, at the beginning of 2023, by Iron Man. Six decades of exploits and a few missteps. They have traveled to space and got married, they have defeated terrible villains or their inner demons, they have had children and even grandchildren. But the world – the business? – asks for more. Your adventure never ends. On the contrary, he continues every week, in comics, screens or shelves. And in the dreams of millions of fans.

The oldest of the group, by a few months, is the Hulk. In May 1962, Stan Lee and Jack Kirby published the first story of Dr. Bruce Banner and his colossal alter ego. “He was born as a creature that transforms at night, kind of like Dr. Jekyll and Mr. Hyde. They decided to make it grey, but then that color did not print well and they ended up changing it to green”, says Antonio Monfort, author of the essay. Secret Origin: History and Evolution of Superheroes (paper heroes). The character was intended to evoke the concept of the monster within each one. But despite his legendary strength, he barely lasted in stores: a handful of issues and his series was cancelled. He didn’t like it, at least not as a leading man. So for a while he was limited to cameos in other heroes’ comics. Hence, perhaps, his furious rage.

Quite the opposite of Spiderman, the next to come into the world, in August 1962. Created by Lee and Steve Ditko, the character’s first victory was against an already marked destiny. Legend has it that Marvel founder Martin Goodman hated spiders and agreed to release it in Amazing Fantasy because that series was on its way to closure, as the book collects Marvel vs. DC by Reed Tucker (Comic Planet). However, the shy Peter Parker showed an enormous capacity for seduction. And, like the Hulk, he showed from the beginning his frailties as well. In his debut, Dr. Banner burst into tears, in despair at his mutations. Spider-Man confessed very soon that he “sometimes” hated his powers and the responsibility that came with them.

“All Marvel heroes have their perfection and, at the same time, an Achilles’ heel that makes them vulnerable,” says Monfort. Thor’s egomania, for example, had led his father Odin to transform him into a mortal, crippled and with no memory of being a Norse god. Until poor Donald Blake finds a cane and remembers who he is. And as much as Tony Stark flew encased in Iron Man’s avant-garde armor, his heart problems often brought him back to earth. “Marvel’s success was all about storytelling and holding up a mirror to the real world not just for kids, but for a growing number of adults tired of traditional DC characters saying the same things they did in the 1940s. and fifty, ‘Córcholis!’, defends cartoonist John Romita in the book Marvel vs DC. “They created authentic characters, who lived in New York or Chicago, not in imaginary worlds,” adds Alejandro Martínez, editor of Panini Comics, which publishes Marvel works in Spain.

From envying the myths of its rival label -Superman, Batman or Wonder Woman had been born 20 years earlier-, Marvel began to imitate them and then confront them face to face. Although, in six decades, superheroes have accumulated many more battles. Against his nemesis, of course. And against even more insidious enemies: Tony Stark overcame alcoholism, Bruce Banner the abuse of his father or the betrayal of his friends and Peter Parker discovered the horrors of the Vietnam War or drug addiction. And both Spider-Man and Thor helped rescue the wounded from the rubble of the Twin Towers, in a comic celebrated as one of America’s first creations to deal with the trauma of 9/11, but also criticized for its patriotic bias. So attached were the heroes to their reality that they entered the 21st century divided, like a good part of American society, between defenders and opponents of the reduction of individual liberties for the sake of greater security, in the famous saga Civil War. All, in addition, have had to deal with times in which the public seemed to turn its back on them, such as the nineties.

See also  Literature Grandmother slept on the floor of a service house for 12 hours - The grandchild's novel tells about Finland, where old age is intolerable and everywhere is saved

By dint of saving the world, in any case, Hulk and company ended up elevating Marvel itself, from financial difficulties to the solid giant that it is today. And they even rescued themselves. I remember a meal with [el editor] Nick Lowe, speaking of how no one could have expected the popularity achieved by Iron Man, who had always been a figure in the background or even in the background”, shares Carlos Pacheco, an artist who has drawn stories of the four and confesses his predilection for Spiderman. Things of Hollywood, and the unprecedented cinematographic triumph of the Iron Man played by Robert Downey Jr. Before, the audiovisual had already embraced these characters: the cartoons underpinned the success of Spider-Man, or the series with Lou Ferrigno returned the spotlight to Hulk. But the film premiere of Hombre de Hierro, in 2008, he sealed an alliance pact between the heroes and the big screen that is still in force today.

Now, the myths of Marvel do not stop crossing in the cinema. However, decades ago the idea was there, in the comics. “The Marvel universe was born as a whole: if the adventures are in New York, and there are several superheroes there, sooner or later they have to meet. Some appeared in other series, there were sagas, plot lines, which passed from one collection to another, and a concept of continuity”, explains Martínez. In fact, on the other hand, the network of different plots is today a barrier for those who approach these comics for the first time. The weight of such a long and glorious history does not help either, no matter how much the most powerful shoulders on the planet support it.

“The problem with these characters is that almost everything has been told and they have become icons. It is difficult for the veteran reader to be surprised by the modern stage. In part, the publisher itself does not intend it either. Until the nineties they evolved, little by little. From the 2000s, it returns again and again to its basic aspects”, adds Monfort. “The construction of the world of these characters does not depend only on the authors, but to a large extent on what the companies want to be done with them,” adds Pacheco. Faced with this, the editor Alejandro Martínez defends that a screenwriter capable of inventing something new, and fascinating, will always come.

The truth is that, at times, these heroes have known how to change. Tony Stark was born an arms dealer before becoming a philanthropist. But, among his many superpowers, none of the four have purple or rainbow glasses: they are, after all, straight white men in their 60s. Hence, to understand the current world, they have asked the new generations for help. Today, the young Latino Miles Morales also wears the Spiderman suit and his own series of comics; the child prodigy Riri Williams puts on the Iron Man armor. And the goddess of thunder who took Thor’s name and hammer leads one of the most applauded creative stages of the character. Of course, far from abdicating, the original hero grants space and fame to his grandchildren, but it usually maintains its own header.

“Children, family members, characters that swarm around them or even changes in the structure are added, but when they have a downturn, they will try to reverse it by returning to the main ones,” says Pacheco. “You don’t kill a goose that lays the golden eggs. But if you don’t touch it, you can’t do anything. If I can’t modify the original character, I do it with another. Miles Morales in the end is an update on Peter Parker, but he’s not tied down for 60 years. Although, does it have an entity on its own? He is like the son of a superstar who makes wonderful movies, but everyone remembers him above all by his father’s last name, ”Monfort insists. He will reply on time. And, above all, the public. Because there is only one being more powerful than any costumed guy in a comic: his reader.