As of the end of November, a liter of A-95 gasoline in Russia cost 84 cents per liter. In terms of the cheapness of key fuel, the country is among the top thirty world leaders. Nevertheless, in this list, the Russian Federation is ahead not only of large oil-producing states, but also of many neighbors to whom our country supplies oil and oil products. The paradox of this situation is explained by the stimulation of the consumption of gasoline and other fuels, historically established in many countries of the world, in the form of subsidies or direct price restrictions. What are the pros and cons of free pricing on the free fuel market and, on the contrary, restrictions to support the average buyer, Izvestia figured it out.

According to data GlobalPetrolPrices, as of November 28, the cheapest A-95 gasoline in the world was in three countries – Venezuela (1.6 cents), Libya (3 cents) and Iran (5 cents). In the group of countries where fuel cost less than $1 per liter, there were mainly oil powers: Egypt, Nigeria, Azerbaijan, Qatar, Saudi Arabia, etc. In the United States, the world’s largest oil producer, the average cost of gasoline was just over a dollar, which is considered quite expensive by American standards. All this is completely expected. Another thing is interesting: among the countries where gasoline is cheaper than in Russia, there were several states of the former USSR. If this is understandable in the situation with Kazakhstan and especially Azerbaijan, then the presence in the list of Kyrgyzstan, where gasoline costs 78 cents, is really surprising.

In Russia, the cost of gasoline has been a rather painful topic for the last 20-25 years, since the existing difference has existed for most of this time. Reproaches against the government about the fact that gasoline is more expensive than in the UAE, Iran or (which was not uncommon) the United States were commonplace. At the same time, less was said about the fact that many oil-producing countries have large-scale subsidy programs that provide extremely low fuel costs.

Let’s take Iran for example. In total, the government of the Islamic republic spends about $100 billion a year in subsidies for various types of energy, or about a quarter of GDP. Of these, about $40 billion is accounted for by the actual fuel subsidies. If we compare the volumes of the economy of Iran and Russia, then in our conditions the amount could be $ 200-250 billion. Due to such colossal expenses, it is possible to keep the prices of gasoline, diesel and other types of fuel at an ultra-low level, but we have to shrink in many other issues.

In neighboring Kazakhstan (prices are now around 50 cents per litre), gasoline and gas as a fuel are actively subsidized, and there are also elements of direct market regulation. For example, oil producers are required to supply certain volumes of raw materials to local refineries. Sometimes there is a shortage (especially often at the end of summer – in autumn, during the harvesting period).

This year, the state has limited the volume of sales of gasoline to one person, and for foreigners introduced special fares, causing them to fill up at double the cost. At the same time, year after year, gasoline from Kazakhstan is exported to Russia due to a serious difference in prices. Attempts to reduce or eliminate subsidies are fraught with public outrage and (in the case of gas) even became one of the causes of unrest in January this year. 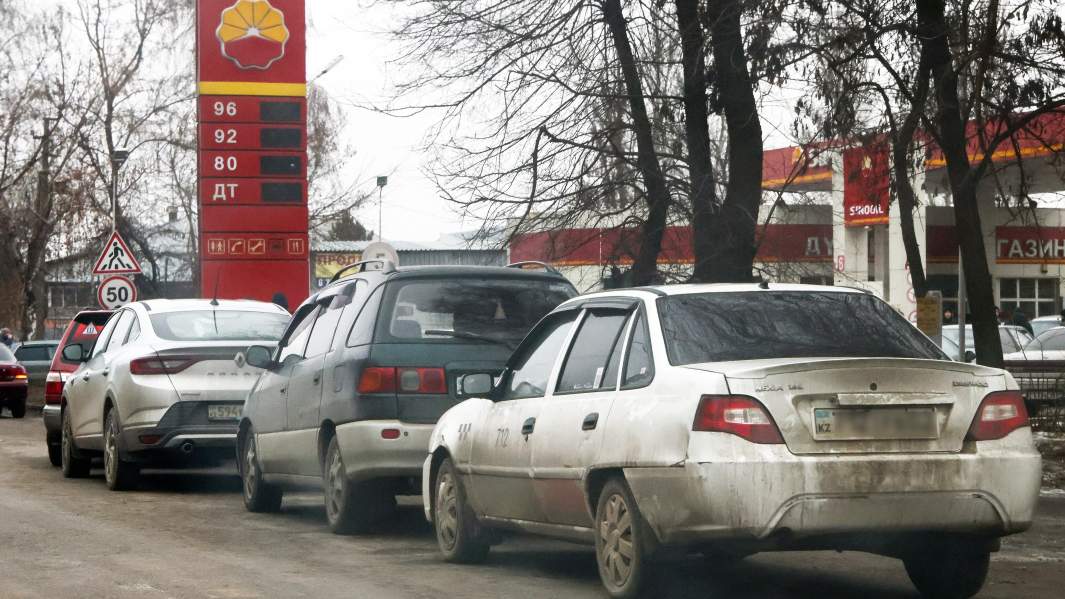 It should be noted that Kazakhstan, a major oil-producing country, could eliminate the problems with fuel shortages by building another, fourth refinery, but this has not yet been done. Subsidizing and state regulation of prices lead to the fact that instead of building extra processing capacities, it is easier for producers to sell raw materials abroad.

The situation in Kyrgyzstan is more interesting. The country does not have its own oil and gasoline: fuels and lubricants come mostly from Russia. At the same time, this export is not subject to duties, which ensures a relatively low cost of petroleum products in the republic. We also add that further retail tariffs are controlled by the government. Finally, fuel is regularly smuggled from neighboring Kazakhstan, which also puts some pressure on prices. Note that given the relatively low standard of living, even a slight increase in prices in Kyrgyzstan can be a problem for local motorists.

As for cases of extremely low prices, as, for example, in Venezuela, the reverse side of the state’s generosity is a total shortage of gasoline. Often it is cheap, but it simply does not exist – and this is in one of the richest countries in the world with oil reserves. 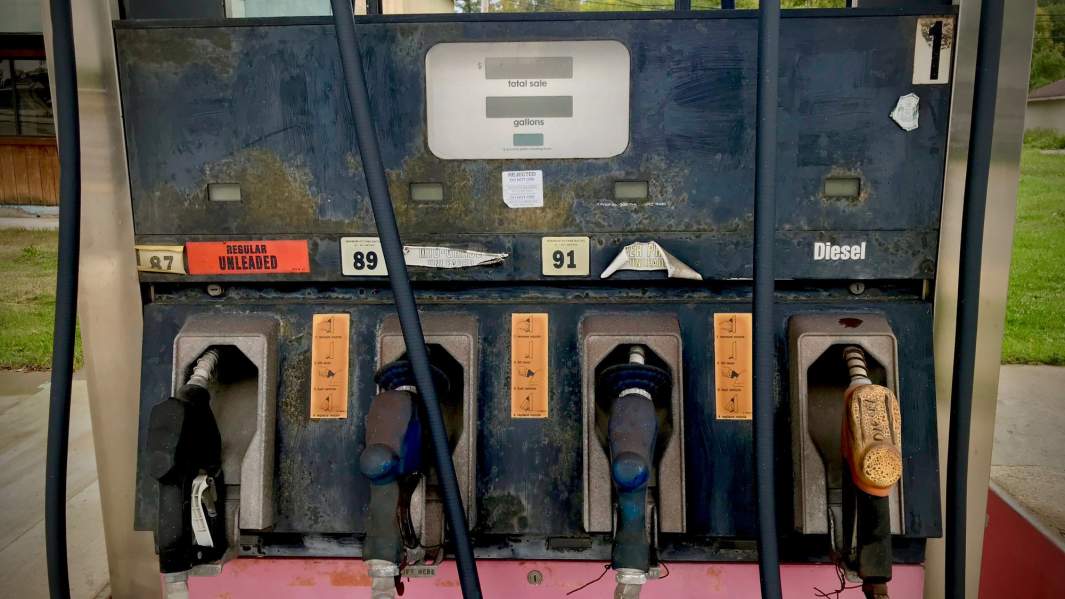 At the other extreme is the United States, where gasoline is more expensive than in other oil-producing countries, but cheap relative to the general price level. Pricing in America is completely market based, and the market is dominated by free competition due to the large number of manufacturers. In addition, the oil and refining industries are experiencing weak tax pressure, especially in the “Republican” states. The downside of this flexible system is the enormous volatility of prices, which can change by tens of percent over several weeks due to rising oil prices.

In Russia, in recent decades, a “hybrid” pricing scheme has developed. On the one hand, for the most part, we do not have fuel subsidies for citizens, but the Russian retail fuel and lubricants market cannot be called completely free. In addition, the tax system has a fairly strong impact on the cost of all types of fuel.

– The main cost of both a barrel of oil and a liter of gasoline at a gas station is formed primarily by various taxes: MET, AIT and excises. Oil and gas revenues are the basis of the Russian budget, and part of these revenues falls on the shoulders of citizens through taxes wired into the retail price of gasoline, – said Sergey Kaufman, an analyst at FG Finam.

— This sector is dominated by large state-owned companies, it is largely monopolized, which supports prices. In addition, the share of taxes and excises in them is very high. Thus, for the budget there is an additional sense in the existence of a relatively high cost of fuel, says Mark Goykhman, chief analyst at TeleTrade. 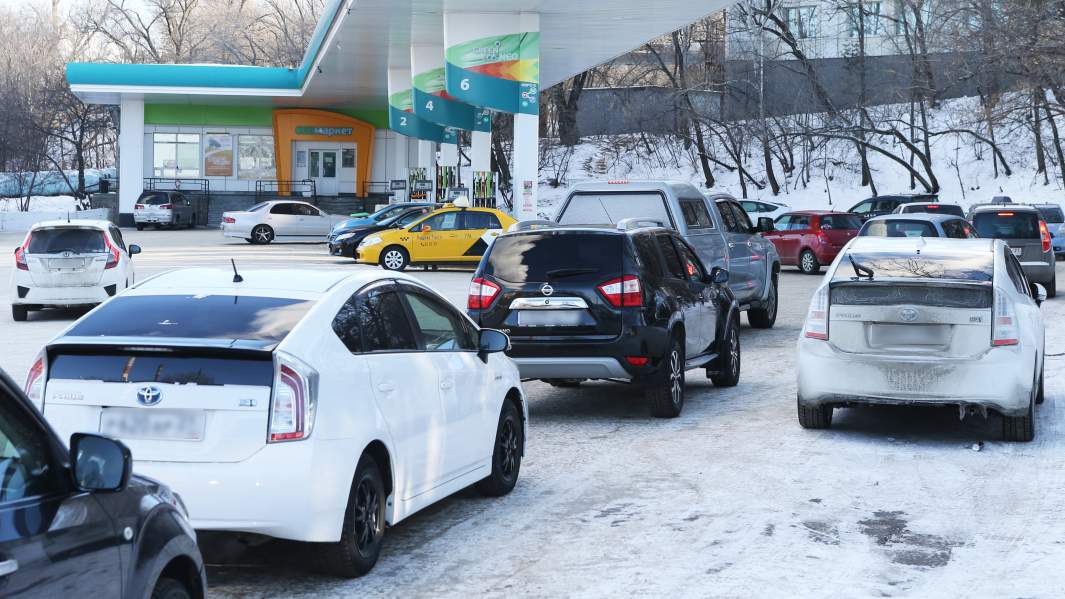 He added that although the motorization of the population is quite high, mostly people with above-average incomes, as well as legal entities, own cars. Supporting them with special subsidies is not considered appropriate. These costs are not priority. In cities, by contrast, greater use of public transport is encouraged. Thus, oil companies and the budget benefit from relatively high gasoline prices.

Finally, at the end of the last decade, a damper mechanism was invented to adjust prices, around which many copies were broken. The state pays the companies if the prices for oil products abroad become higher than domestic ones, while in the opposite case (which happens in the conditions of a strong fall in world oil prices), on the contrary, the oil companies compensate the difference to the state.

– The mechanism regulates contributions to the budget of oil companies depending on export prices to stimulate the direction of raw materials to the domestic market in case of a shortage of gasoline on it. Thus, if necessary, not consumers, but fuel producers are subsidized. With this practice, prices remain fairly market-oriented and flexible, but gasoline buyers do not receive any preferences or compensation. This is the approach of the state,” Goykhman noted.

In the bottom line, we can state that the state has deliberately set a course for stability and replenishment of the budget, which is why gasoline costs a little more than it could. On the other hand, the government provides greater predictability both for the economy as a whole and for motorists: they can lose something in the moment, but are less dependent on the extremely volatile global environment.

Myths about migration to Canada: "The cold is unbearable and they give away money"