Sisi: We want a marriage contract that solves the issue of divorce 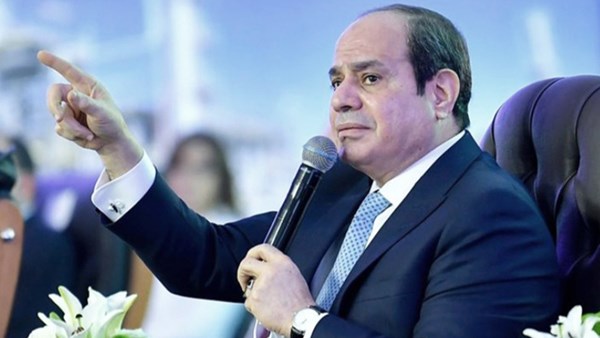 He said during a telephone interview with one of the Egyptian satellite channels that we want a marriage contract that solves the issue of divorce, stressing that the contract and the law must be the ruler and regulator of this issue, demanding that the new law be balanced and balanced.

He added that the percentage of families in which separation occurred has increased significantly during the past twenty years, pointing out that “the problems that occur today have occurred for 40 years.”
Al-Sisi stressed that “difference before marriage is better than disagreement after marriage.”

The Egyptian president stressed, “the importance of having a law obligating all of us to resolve family issues. We must unite and listen to all opinions to resolve the personal status file.”

He continued, “Is it conceivable that there is a state whose people are not able to resolve the issue and see honestly and impartially what can be done in the personal status file?”

Al-Sisi concluded: “We will be held accountable before God, as the judiciary, the state, the president, the government, parliament, and Azhar for what we have done in this file. Our sons and daughters are in our hands in case there are problems between the spouses.”