“Russia must withdraw troops if it wants us to renounce NATO,” says Zelensky 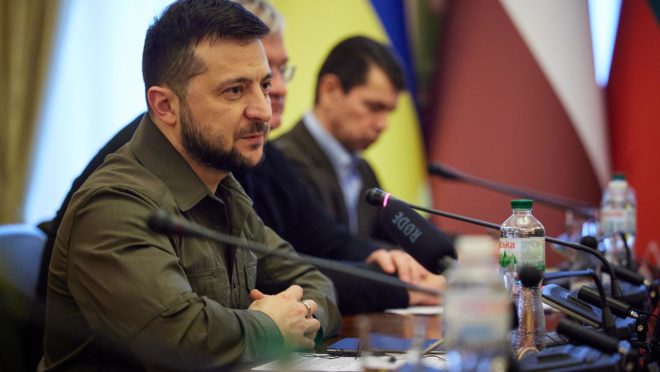 0
SHARES
4
VIEWS
Share on FacebookShare on Twitter
Ukrainian President Volodymyr Zelensky during a meeting with Speakers of the Parliament of Estonia, Latvia and Lithuania in Kiev (Kiev), Ukraine, March 24, 2022| Photo: Publicity/Presidency of Ukraine/EFE

Ukrainian President Volodymyr Zelensky said on Sunday that Russia must withdraw its troops from the country before any document is signed on Ukraine’s non-membership of NATO and the security guarantees that, in return, Kiev demands from several countries such as Turkey and the United Kingdom.

“We need an agreement with (Russian, Vladimir) Putin. The guarantors will not sign anything if there are troops,” Zelensky assured in an interview with independent Russian media, including the portal “Meduza” (located in Latvia) and journalists from the television station banned television “Dozhd”, from the newspaper “Kommersant” and the writer Mikhail Zygar.

Russia’s communications regulator, Roskomnadzor, had said these media outlets should not publish the interview, and warned that “it will determine the degree of responsibility and take response measures”, according to “Meduza”.

In the interview in question, Zelensky highlighted that “it is impossible” that UK leaders Boris Johnson; from the United States, Joe Biden; from Poland, Andrzej Duda; and from Turkey, Recep Tayyip Erdogan; sign any documents as possible guarantors while the war is in progress.

See also  May Day Who is the “shelved ambassador” who has been pushing his positives in Ullanlinnanmäki for 40 years? In his youth, the famous cartoonist had a vision that changed the May Day of Helsinki permanently

In addition, the Ukrainian president confirmed that he is willing to accept the country’s neutral and non-nuclear status, as demanded by Russia, in exchange for security guarantees.

“This is being worked on deeply, but I don’t want it to be another document like the 1994 Budapest Memorandum,” which gave Ukraine security guarantees in exchange for giving up the nuclear arsenal inherited from the former Soviet Union and which Zelensky said never materialized. . “We’re interested in it being a serious deal,” he emphasized.

Zelensky also stressed that he is willing to sit down with Putin “anywhere in the world” to reach an agreement “with signatures, seals and even blood” on the document.

“That would be enough to start the withdrawal process. The troops must be withdrawn, the guarantors will sign everything and that’s it”, he stressed.

However, he indicated that even then the work will not be completed, because Ukraine will have to amend its Constitution, as it enshrines the state’s aspiration to join NATO and this could take up to a year.

Donetsk and Lugansk independence “must be addressed and resolved”

As for the Russian demand that Ukraine recognize the Crimean peninsula as part of Russia and the independence of the self-proclaimed republics of Donetsk and Lugansk, Zelensky stated that it is an issue that “must be addressed and resolved”.

“I say it’s a compromise. Let’s go back to before all this started (February 24) and try to resolve the complex Donbass issue,” he commented.

Zelensky also stressed that other points on the negotiating table with Russia, such as the protection of the Russian language in Ukraine, are being discussed, but he explained that he is willing to accept a compromise.

In this sense, he said that the compromise could follow the formula of “mutual respect for the languages ​​of the citizens of neighboring countries”.

“I want to sign it with all neighboring countries. I am interested in Russia, Hungary, Poland, Romania. We have many minorities, nationalities and this agreement should be enough to respect certain languages ​​in our country”, he stressed.

The Ukrainian president further stated that the terms “denazification” and “demilitarization” are not on the table as Russia wanted because he refuses.

“Putin and his circle are prolonging the war and what is happening is worse than a war,” Zelensky argued, adding that his goal is “to minimize the number of casualties and shorten the duration” of that conflict.

He also suggested that he did not like the idea of ​​Poland sending a peacekeeping contingent to Ukraine, noting that “we don’t need a frozen conflict on the territory of our state”. 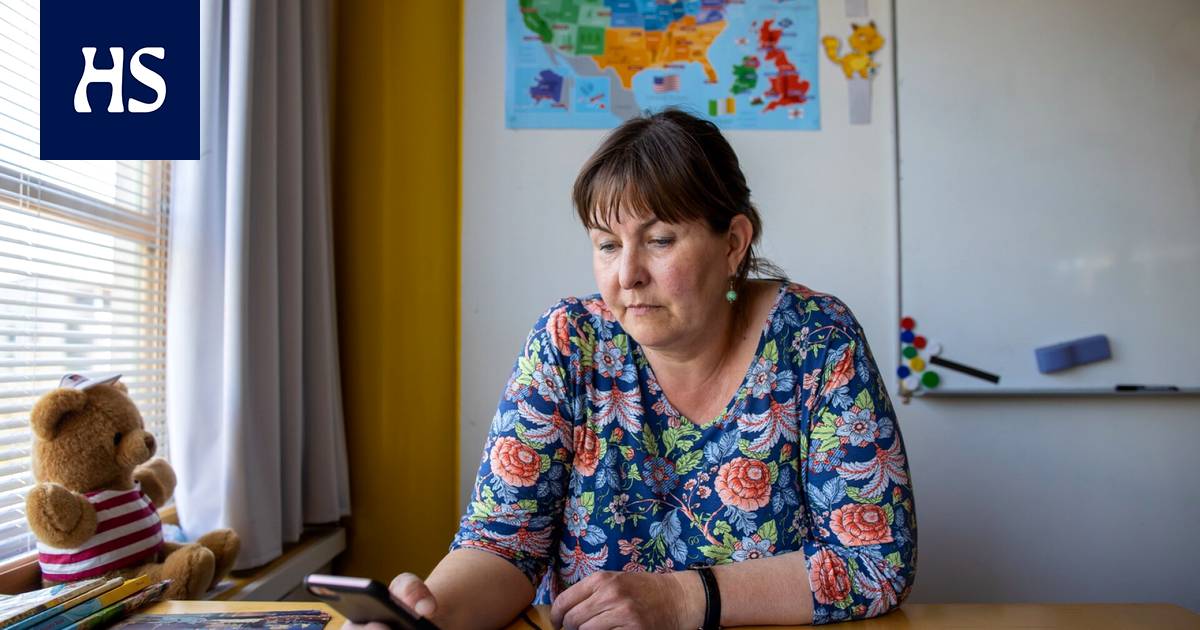 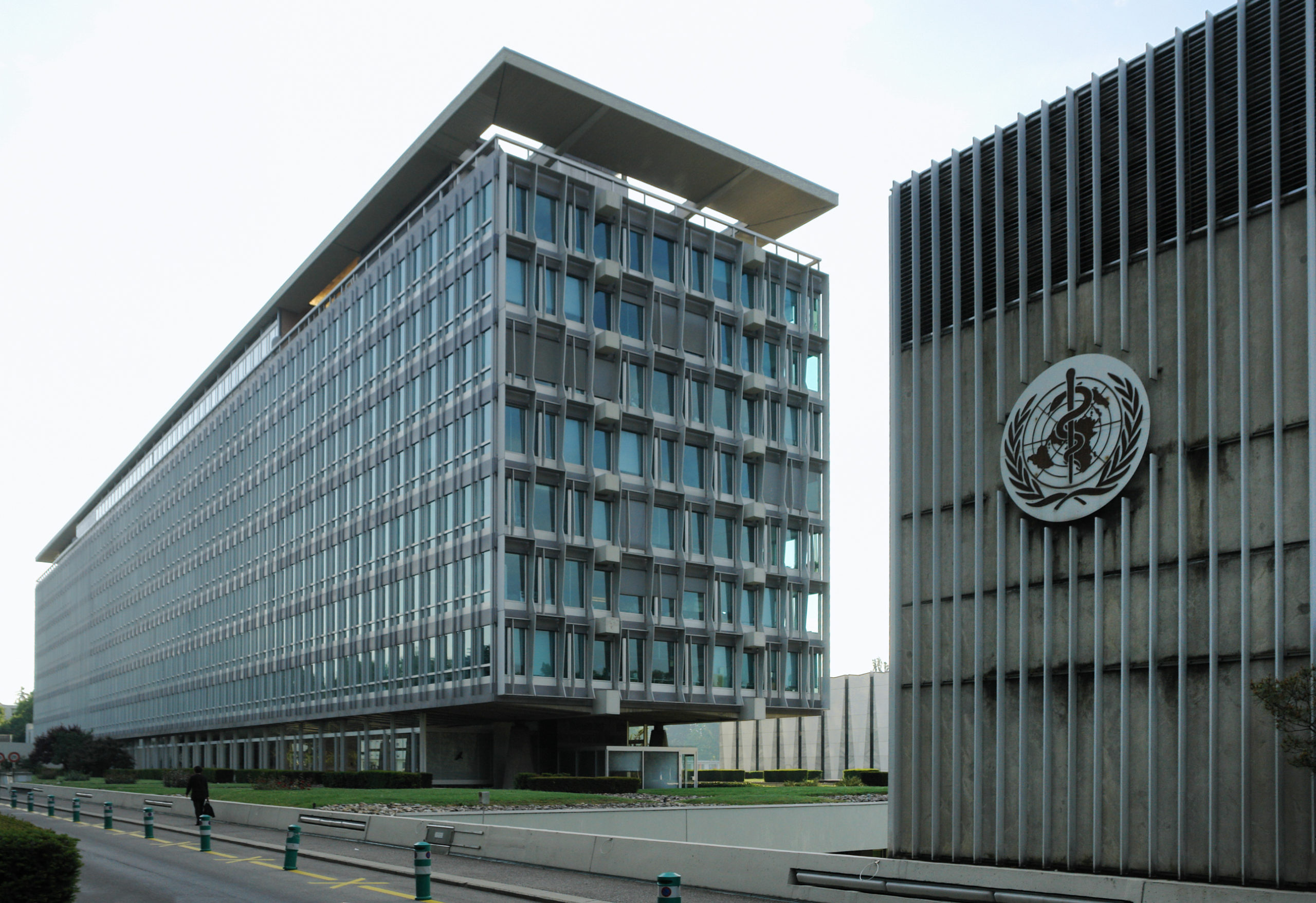 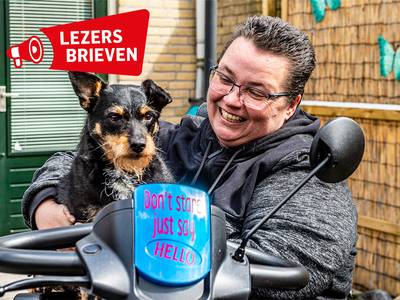 Music in war: "We live on for Ukraine!"