Robert Moreno: “We’re sure we’re going to achieve our goal” 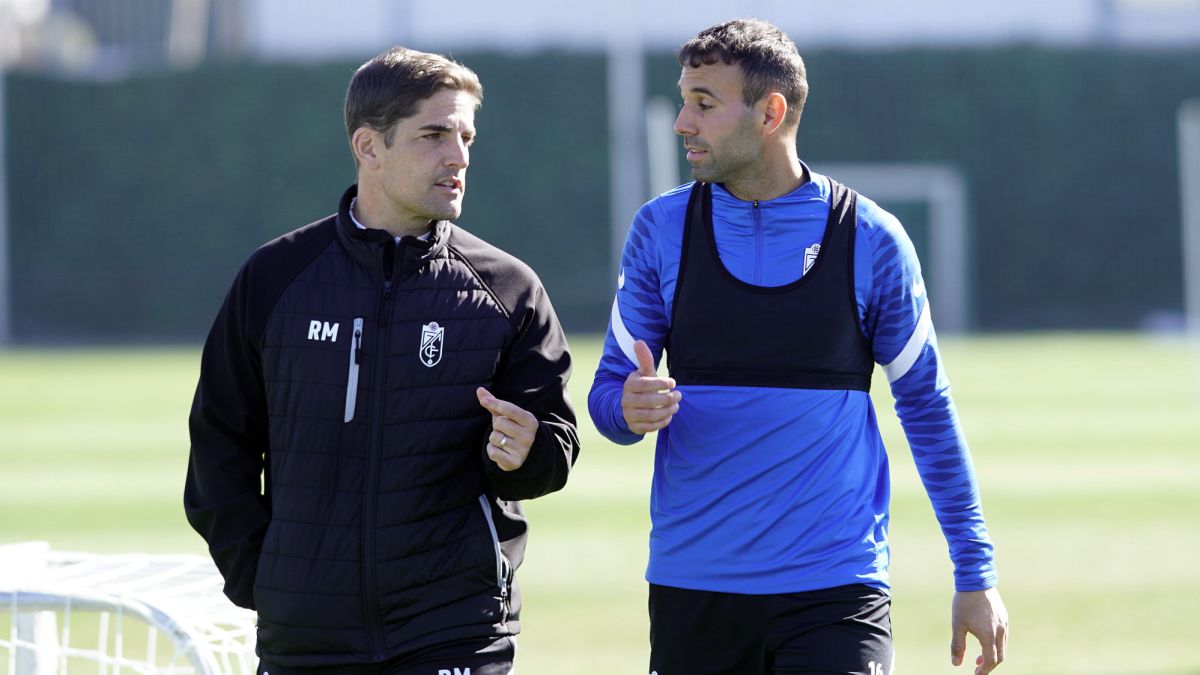 The coach of Granada, Robert Moreno, was confident in the team and that they will take the situation forward despite chaining five straight defeats that have left him, right now, three points from relegation. The coach assured that the entire club is united and they trust in the salvation of the team.

different week: It has been a normal work week. Internally we have commented on the situation and we have seen parallels with the first round. Knowing that if we win we have one more point than in the six of the first round. The club is united, the team and the people inside are also aware that we are going to do the same as in the first round, that after a bad stretch we are going to have a good one and we are going to get the results. Internally there is total confidence in the work we are doing to get a positive result tomorrow against a rival who, if we win, leaves them in a complicated situation. At seven points, eight with goal average, it is very favorable to use it as a lever to add and not lose games and add three by three. What I perceive is that all of us who are part of the Granada first team and the club have an enormous union.

What to do to win: Being successful in front of goal, being more reliable defensively and not making mistakes. It’s what players always want to do. I have no doubts about the involvement of our players in each match, but then what football is and the circumstances of each match appear.

Parallelism first round: We are better than in the first round at this point, we are four points and in the first round we were in decline. If you only focus on the fact that we have lost five games it is a disaster, but if you look at all the games we have 24 points, we are three away from relegation, if we win we leave Alavés six and Cádiz seven and we have already played against Real Madrid, Barcelona, Atletico, Real, Villarreal… they are top teams and Elche, Celta, Espanyol have to go through here… internally we are all sure that we are going to achieve the objective knowing that tomorrow is the first step to achieve it, it is a very important one. Pass the full pressure to them on the save goal.

Player support: What I saw in the players and direction is what I am telling you. Sometimes you want to generate situations that are not real. It doesn’t work for making hot decisions. Internally, we all work well, the games and the calendar must be seen as something unfavorable. Let them play two games in a row away and then come Villarreal. The only mistake there was was that we should have beaten Osasuna at home. Now there are a series of games that we have to measure up to and win, which we already did in the first round. I talk a lot with the players and captains and we understand the anger of the people but that this is not easy, but being united is how we are going to get it out.

Drawing with three central: It worked when you organize afterwards because of the drive of the team and the risks we took. In a normal game I can’t make an approach like in the second half because it would be suicide. In the end there were times when we were able to draw, but we were caught against. You take those risks when you have nothing to lose. They are going to play like against Getafe, because they were comfortable, dominant. We go. Try to pose all possible problems to take the three points. The only thing that matters now is winning it.

See also  Mission Everest in winter: "The goal is not the summit, but to survive"

Lower Gonalons: It is another one, like that of Escudero plus Arias. I don’t think about it, I focus on the players that are out there. Everyone who is training is perfect. We are going to solve it. Tomorrow you see the results and not the circumstances.

Public: That they support the team and if they have the motivation that rival fans have will be an incentive for them. Granada fans will always be, their future as fans depends on what the team does and I don’t understand any other attitude than that of supporting the team.

Calendar: It harms us, it harmed us on the day of Getafe and Osasuna. But if you are a non-European team, they put the schedules in place. But Valencia comes next week to play the Cup and will say why not play on Sunday if they play on Wednesday.