Putin urges neighboring countries not to limit invasion of Ukraine 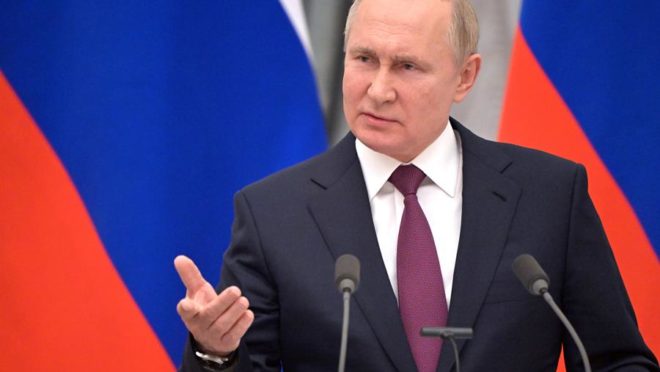 Russian President Vladimir Putin urged neighboring countries “not to exacerbate the situation or impose limitations” amid the military offensive in Ukraine. Putin also announced that the campaign is proceeding according to plan and that the objectives will be fully achieved.

“I would like to emphasize once again, as we have always said, that we have no bad intentions towards our neighbors,” added the Kremlin chief in a conversation with the governor of the Russian enclave of Kaliningrad, Anton Alikhanov, on Friday (4).

Putin also spoke to Belarus President Alexander Lukashenko to brief him on the details of the so-called “special military operation”, as Russia defines the invasion suffered by Ukraine. According to the Kremlin, Lukashenko showed support for the Russian military offensive in the neighboring country.