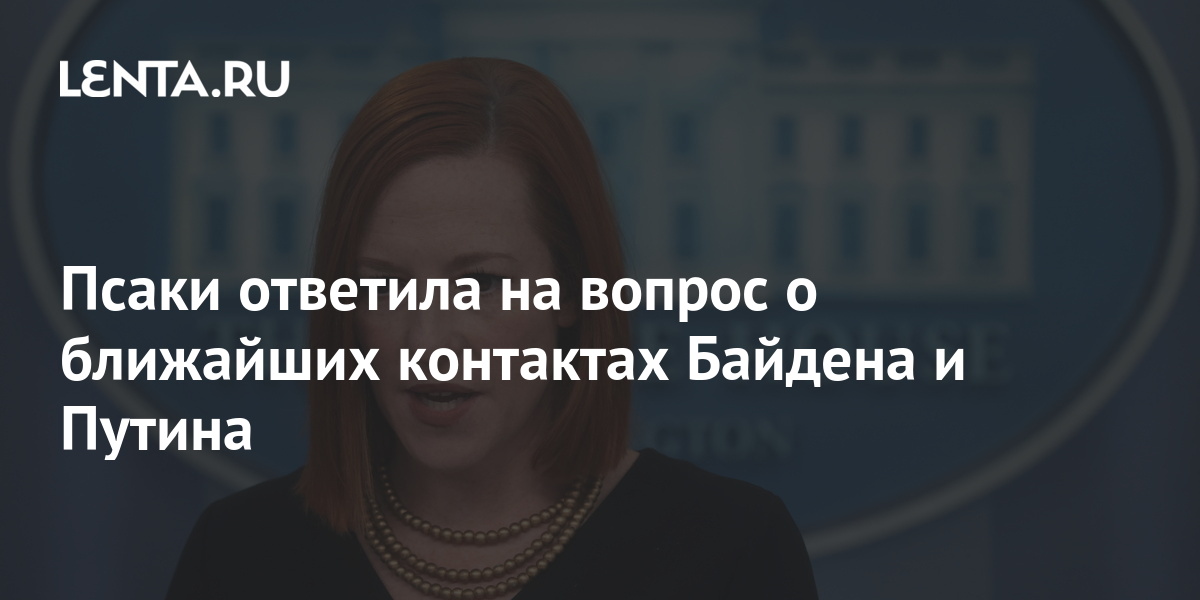 During the briefing, White House Spokesperson Jen Psaki answered a question from journalists about whether US Presidents Joe Biden and Russian President Vladimir Putin can expect contacts in the near future. This is reported TASS.

As Psaki noted, the American leader “has spoken directly and frankly with President Putin many times, including in person” and “is always open for interaction at the level of heads of state, he knows how effective it is.” At the same time, she stressed that now she cannot predict anything about Biden’s future contacts with Putin.

According to her, the US president “meets daily with his national security team for updates” and aides can recommend that he talk to Putin, which she promised to report.

Earlier, Biden called the question of one of the journalists about his approaches to working with a Russian colleague stupid. At the close of the public event, a spokeswoman for Fox News Channel yelled, “Why are you waiting for Putin to make the first move, sir?” It is not specified which side of the relations between the two states she spoke about. To this, Biden replied that he considered the journalist’s question stupid. Morocco crosses Malawi to the quarter-finals of the African Nations