Pellegrino sets off again towards… Milan-Cortina: “I’ll be a dad in a month, for now I’ll think about this” 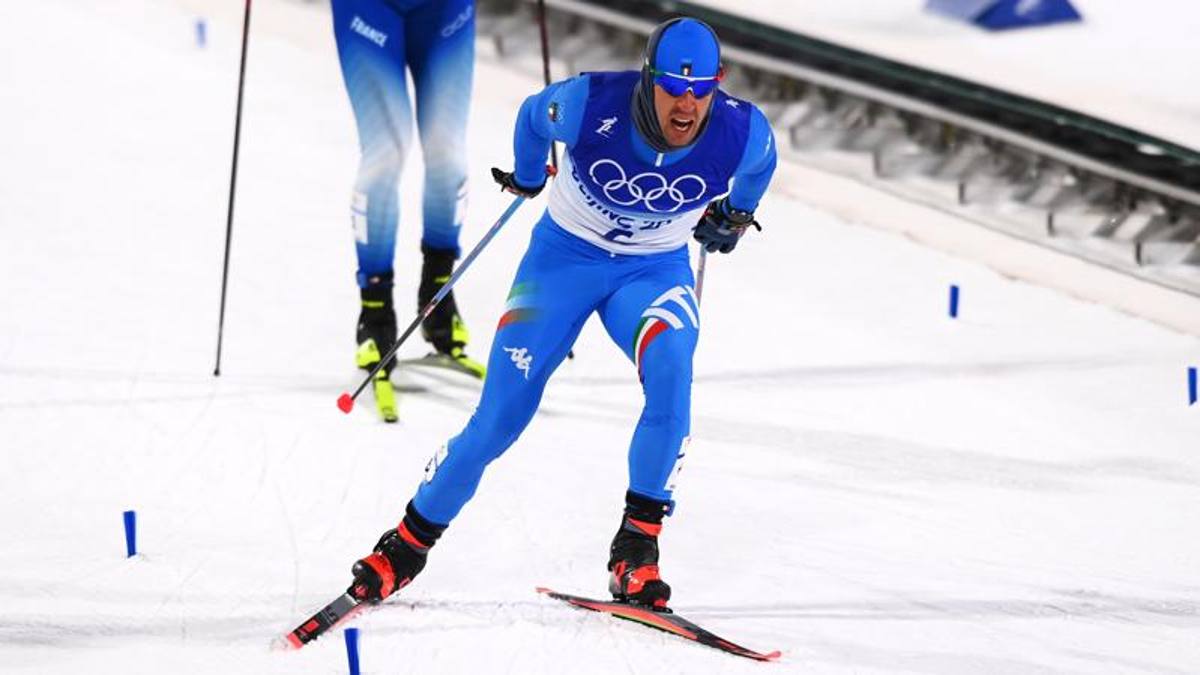 In Ruka, Finland, with a sprint with a classic technique, the World Cup begins, with the blue immediately protagonist: “I miss the individual Olympic gold”

The cross-country skier who always seizes the moment starts again from Ruka, where instead he has to dispel the taboo of the podium at the beginning of the season. His will be a very long sprint: final destination, the 2026 Italian Games. Federico Pellegrino does nothing by chance, especially now that at 32 he has to calibrate every move. In Finland he won the world title in Lahti, then came two Olympic silver medals. Now Pelle is thrilled because before Christmas (the date would be December 21st) he will receive the most beautiful gift: a son. And only paternity could upset his plans.

Federico, this time his Greta isn’t away.

“It is a very important aspect of private life, it was a dream that Greta and I had in our drawer. Now the right time has come, it has come at a time when we both felt ready. And so we decided to take this path”.

Is it a happiness you bring to training?

“Surely. It makes me try to be even stronger, I feel I have to be on the spot, present, in training and do my job best, to guarantee myself more time outside and prepare myself for a different life”.

From one Olympics to the next, are you starting to take stock of your career?

“I look at the palmares and say: I miss individual gold, a relay medal, an Olympic medal in a team sprint. I’m thinking about participating in the relay, giving a hand to others”.

In 2006 in Pragelato it was the moment of maximum splendor for Italy of cross-country skiing: in 4 years, what dreams will you have?

“We need solid performance on an individual level. I’m training well, I’ve understood the physical and psychological mechanisms, I’ve refined them over the years. And so I carry on like this. Does a gold medal in Milan-Cortina change after two silver medals? I am thinking of the team races, the individual races are important, but the Sprint will be in the classics and above all we need to see how they will modify the track in Val di Fiemme: it will depend on the track to understand how it will go. You do what you can.”

See also  Chiesa: 'I'm at Juve to win, I decided to give up the holidays, on the role and Cristiano Ronaldo ...'

Without her, this blue background struggles a lot.

“The movement on my shoulders? I’ve always tried to give my contribution so that even my teammates who trained with me in the winter could be able to grow. I have done my duty. What has certainly changed now is the athletic work, the work with the German coach Cramer, thanks to which I returned to the Olympic podium. On a mental level he has given and changed me so much, he has made me come full circle of how the world works and made me understand what the limits of Italian cross-country skiing are. Now that he’s following the blue team, I think some of these limits can be broken down, but we need to give him some time to see the results. And to ensure that everyone is in his role. So he dictates the line and whoever has to follow should follow him. It’s not obvious: he believes so much in the athlete-coach relationship and is always very close to it”.

A foreign technician: how did the environment react?

“Markus’ approach is clearly different from that of other Italian coaches and I’m sure there’s a lot to learn. In the Italian system, Italian coaches remain focused almost exclusively on the training program.”

At 32, where can Chicco still improve?

“I’ve squeezed my physique a lot in all these years but I’ve increased the number of training hours since last year to more than 900 hours, in the past I had never exceeded 800. The volumes have changed. I discovered many things about myself and I understood many wrong things about the past but I had confirmation that I was doing other things right and so this comparison is interesting”.

Will he miss the Tour de ski with the arrival of his son?

“The priority lies in the family and so I don’t know yet if I’ll make the Tour, we’ll see when it’s born: if the baby is born maybe yes. He will still miss some World Cup races. I can also train at home.”

What season is expected?

“It will be interesting because for the first time the number of races you participate in is rewarded. The system rewards constancy. The goal is to be ever more complete and ever more present. What you need for cross-country skiing, as happens in Formula 1, is to always have the strongest to fight”.

Satisfied with the more rational calendar?

“The athletes have won: finally there is a well-defined division into blocks. The distances have changed, it will be interesting: he is questioned a lot, many fixed schemes are put on the plate. It will be a different season. I am open to change. In today’s life with continuous innovations, you cannot fail to adapt”.

“We pay for wicked choices. We pay for the unfeasible idea of ​​turning it into cycling on snow, like everyone competes when they want. We no longer have 50,000 people in tow.”

The finals are in Lahti, on the snow of his world gold.

“Good memories, celebrating the centenary of the Lahti ski games”.

The World Cup won’t be in the north…

“In Planica I won sprint and Team sprint, I also finished second. I know the track, but the Sprint will be in classic technique and therefore it will be another track than the one where I had won in free technique. In the Team sprint, on the other hand, it will be the same but in the meantime the semifinals have changed: they will be done on time, not on the man. It will be like in the individual and we will need to understand how to interpret and manage the first match”.

He didn’t only collect in the Oberstdorf 2021 World Cup.

“It wasn’t so wrong, the medal in the Team sprint was within reach. I’ll be ready.”

De Fabiani is unable to make the turn: what is it due to?

“Francis is fine. His results always depend on his goals and how to reach them a little at a time to go higher and higher … he Was he the wrong choice of competitions at the Olympics? They are choices that the athlete makes and knowing what consequences they lead to”.

Are you still the anti-Klaebo when it really counts as at the Games?

“Some talent is emerging, like Terentev from 1999, but he’s Russian and the Russians aren’t there.”

Will he end up doing the 50km as a sprinter?

“In the last two years I have won the 50 km at the Italian championships…A Pellegrino always on point”.