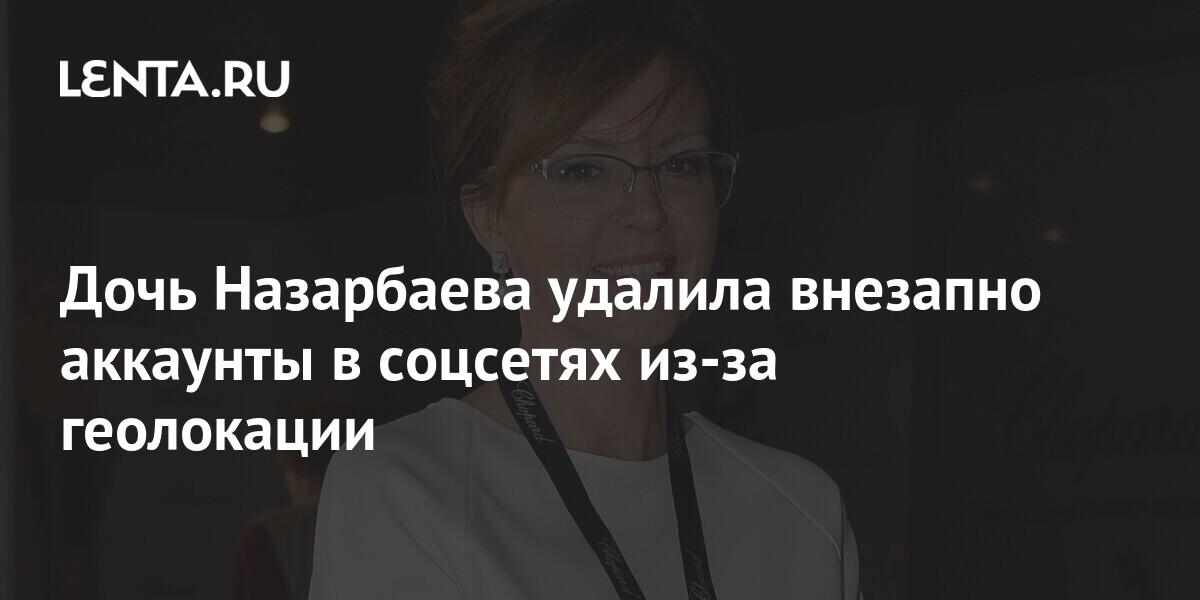 Aliya, the youngest daughter of former Kazakh President Nursultan Nazarbayev, abruptly deleted her social media accounts after Instagram determined she was in the UAE. Writes about it Znak.

This happened shortly after Aliya was the first member of her family to comment on the riots in Kazakhstan. However, users noticed that Instagram automatically determined her geolocation as the United Arab Emirates. Nazarbayeva’s Meta social media account has been verified, which means that the page really belonged to her.

Earlier, The Sunday Telegraph reported that Aliya Nazarbayeva withdrew $300 million from Kazakhstan by purchasing real estate in London, Dubai and a private jet in 2006. The impressive spending became known after a conflict occurred between a relative of the politician and her financial advisers.

Massive protests broke out in Kazakhstan on January 2 over a sharp increase in gas prices for cars. The economic demands of the protesters were quickly replaced by political ones, in particular, about the departure of former President Nursultan Nazarbayev from politics. As a result, riots took place in a number of cities with the participation of armed people who organized attacks on important objects, including the airport. President of Kazakhstan Kassym-Jomart Tokayev called the incident an attempted coup.

On January 7, it became known that Nazarbayev, his daughters and their families left the country. However, their location is unknown.

Expected weather over the country in the coming days

PSG: the worrying exit of Pochettino on Sergio Ramos