MotoGP | Aruba.it Racing will race in Misano with Michele Pirro 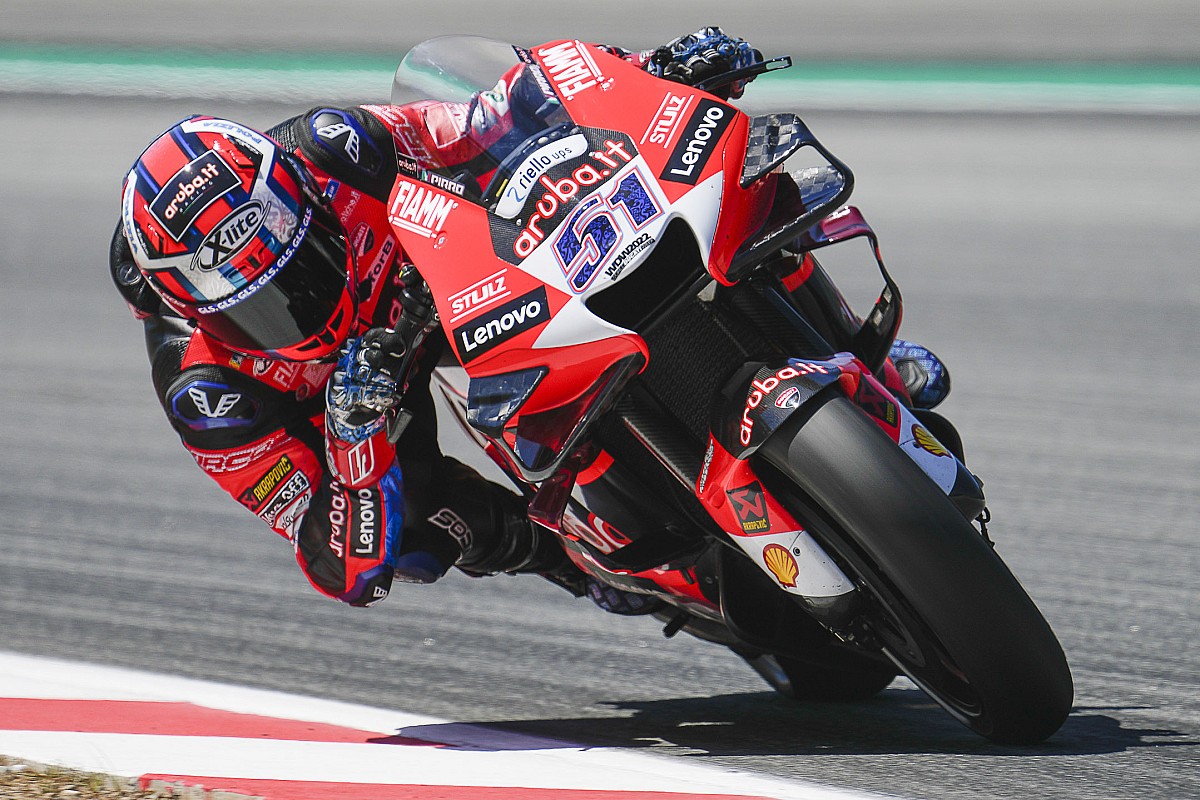 For the third time in the 2022 season, the livery that characterizes the Ducati Panigale V4 Rs of Alvaro Bautista and Michael Rinaldi on the Superbike World Championship circuits will once again be deployed on the starting grid of a MotoGP Grand Prix with Michele Pirro on the Ducati Desmosedici GP.

After the Italian Grand Prix (Mugello) and the Gran Premi de Catalunya (Barcelona, ​​Spain) the Aruba.it Racing team will therefore be present again in the MotoGP paddock at the Misano World Circuit Marco Simoncelli where the first free practice of the San Marino and the Rimini Riviera will be staged on Friday from 9.55 am.

“I am happy to return to racing in MotoGP after the experience of Mugello and Barcelona”, declared Pirro on the eve of the San Marino Grand Prix at Marco Simoncelli in Misano Adriatico.

“But I hope to have some more chances of being able to fight for the Top 10 or at least finish in the points. We did some tests at Misano and the sensations with the Ducati Desmosedici GP were very positive.”

“I want to do well also because, obviously, this is my home Grand Prix. I am very happy to be wearing the colors of Aruba.it Racing again and for this I would like to thank Stefano Cecconi and the whole team. I can’t wait to go out on the track on Friday: it will also be my first race as a father and I will do my best to show that even as a father you can go fast ”, concluded the Ducati rider.