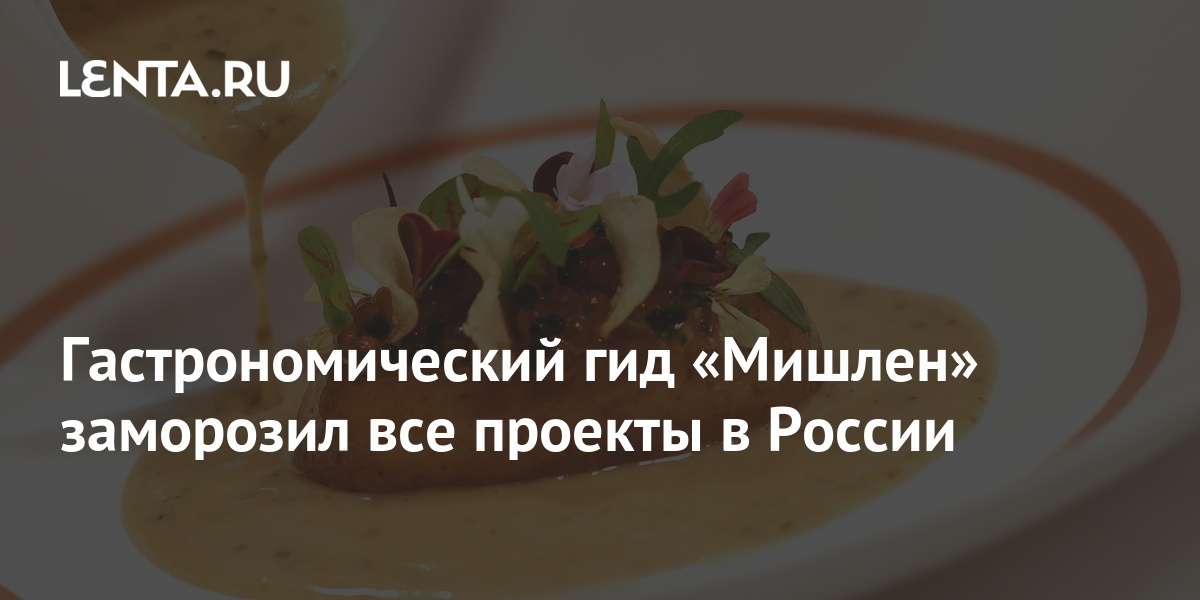 The most influential Michelin restaurant rating in the world has frozen all projects in Russia. This is reported Reuters.

The gastronomic guide Michelin Red Guide (Michelin, Le Guide Rouge) has decided to suspend activities in Russia for an indefinite period amid the ongoing crisis. In addition to the fact that the company has frozen the work of all projects, it has also stopped activity in all social networks.

“We decided that we would not promote Moscow as a place worth visiting. For this reason, a selection of Moscow restaurants will not be compiled this year, ”the official statement says.

In October last year, nine Moscow restaurants received Michelin stars. Two stars each were awarded to the Artest Chef’s Table restaurant and its chef Artem Estafiev, as well as Twins Garden and its chefs Ivan and Sergey Berezutsky. One star was awarded to Beluga restaurants and chef Evgeny Vikentiev, Grand CRU and David Emmerle, Selfie and Anatoly Kazakov, White rabbit and Vladimir Mukhin, Biologie and Ekaterina Alekhina, as well as Sakhalin restaurants and its chef Alexei Kogay, Savva and Andrey Shmakov. At the same time, it is not known whether stars will be taken away from the mentioned establishments.

HS Kerava An embarrassing mistake in text messages encouraging coronary vaccination in Kerava: Who is “Kaitsu” calling for vaccination?