March in honor of Bandera began in Kiev 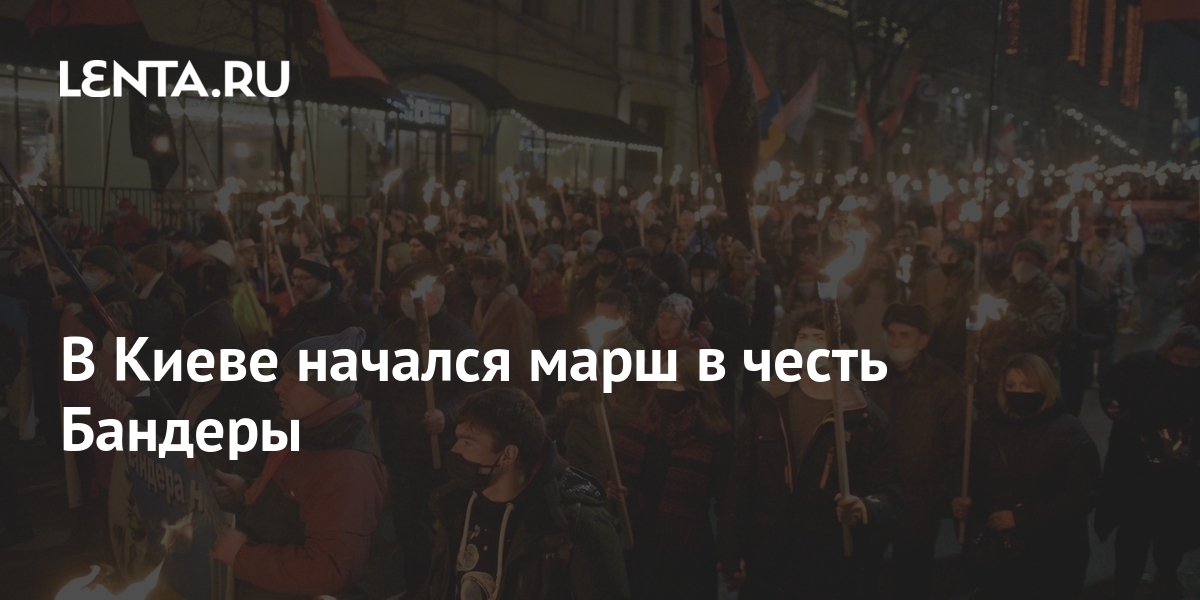 A torchlight procession is being held in Kiev in honor of the 113th anniversary of the birth of the leader of Ukrainian nationalists Stepan Bandera. About it informs “Strana.ua”.

Bandera’s supporters began to gather in the afternoon in Shevchenko Park. First they sang “Our Batko Bandera” and shouted “Nobody is forgotten and nothing is forgotten”, and then they drew their sabers. At the same time, the main poster of the procession depicts a flaming Kremlin, and against its background – a portrait of Bandera. Also, the participants of the event brought a poster with an appeal to arrange “Nuremberg-2 over Jewish-Moscow communism.”

From Shevchenko Boulevard, the torchbearers turned to Khreshchatyk, and from there to Institutskaya. They also planned to walk along Bankova, where the office of President of Ukraine Volodymyr Zelensky is located, but police officers met them there. As “Strana.ua” points out, Bandera’s supporters plan to pray first and then end the procession.

Events in honor of the birthday of the leader of Ukrainian nationalists are held in Kiev every year. In April 2021, Russian Foreign Ministry spokeswoman Maria Zakharova said that the scale and frequency of neo-Nazi actions in Ukraine are growing and becoming more and more aggressive. According to her, the followers of the Nazi-fascist ideology go unpunished and receive the support of the authorities.

Sonic 3: Chris Pratt will be in the cast, according to a report

Unicef ​​Netherlands and 59 other organizations call for schools to reopen