Mane dreams of “Barca” and “Royal”! 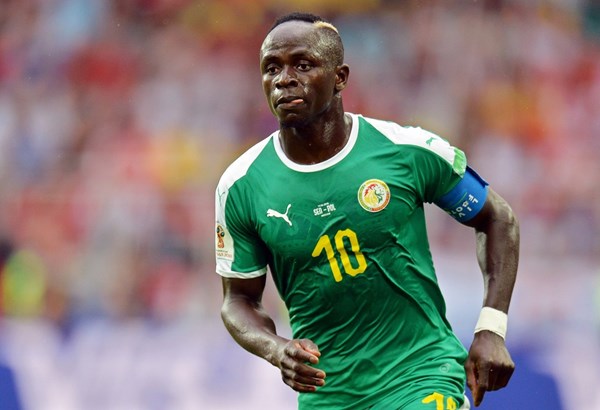 Senegalese international star Sadio Mane is still living the euphoria of victory, and his country’s “Teranga Lions” won for the first time in its history, the 33rd African Nations Cup, the event in which tens of thousands of Senegalese citizens took to the streets to celebrate and express the overwhelming joy, while their star began The beloved celebrated his celebrations from his hotel room when he published pictures of him lying on his bed, carrying the championship trophy in his arms, and why not? He is the star of the first team and the owner of the decisive penalty in the final match against Egypt, and the best player in the tournament as well.
This is the first championship that Mane gets with his country, after he won with his club, Liverpool, the English Premier League “Champions League” and the European Champions League “Champions League”.
Nevertheless, Mane, who will turn 30 next April, does not want to end his football career without fulfilling his childhood dream, to play in Spain for one of the two great poles: Barcelona or Real Madrid.
Sources close to the Senegalese star confirm that he is ready to leave the “Reds”, if one of these two teams knocks on his door next summer, and informs his agent of this, as there will be a full year left until the end of his contract in the summer of 2023. The same sources added that that is the moment. The occasion is at the end of the season, as it will allow Liverpool to benefit financially from the return on his sale, instead of waiting for the end of his contract and leaving for free. The same sources indicate that Mane strongly desires to spend the last years of his successful golden career, in Spain.
Another reason for his desire to leave is his aspiration and passion for the title of the best African player in history, although he considers himself already entered history after winning with Liverpool the English Premier League and the Champions League, which puts him in the ranks of the great African stars, Samuel Eto’o, Didier Dorgba and George Weah.
So far, there have been no contacts between Mane and the Reds administration regarding the renewal of his contract, in addition to the fact that the signing of Colombian winger Luis Diaz may be an additional reason for his desire to leave, as this newcomer from Porto plays in the same position.
Real Madrid had sought Mane’s services in 2017, before obtaining the Champions League with Liverpool, and the architect of the deal was French Zinedine Zidane, the coach at the time, but he decided to leave the royal before concluding the deal, so the whole process stopped. In 2019, the Royal Club tried again, but to no avail. Barcelona also tried to sign Mane years ago, but the negotiations did not succeed for financial reasons.