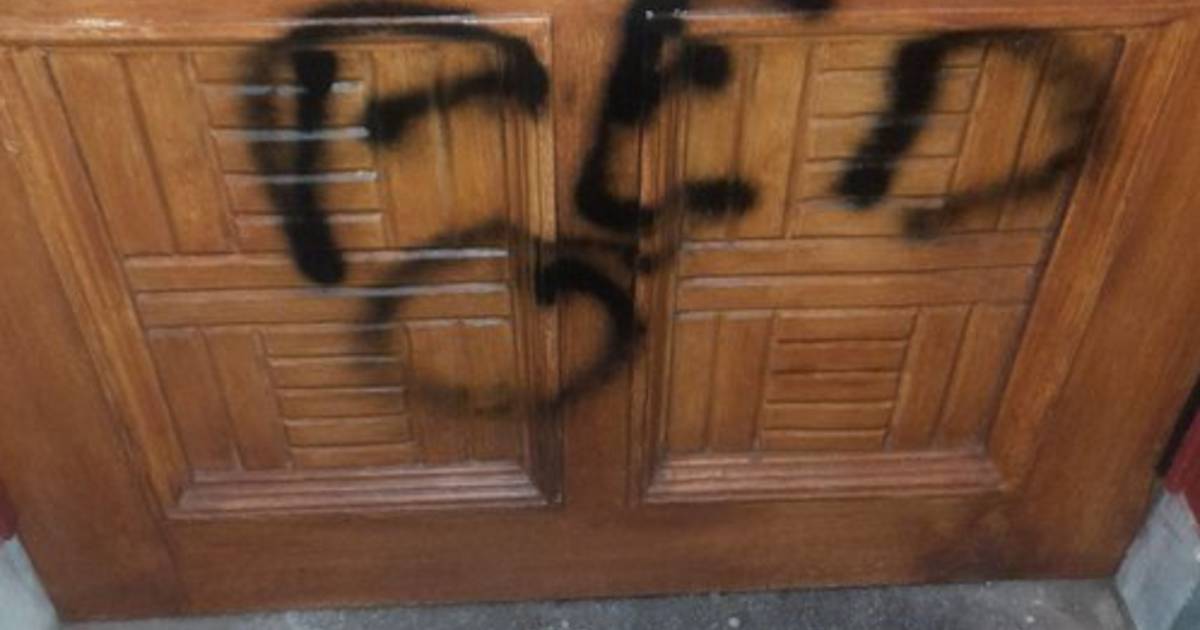 The front door of the Amsterdam home of former Minister of Justice and Security, Ferd Grapperhaus, was defaced this week. After Sigrid Kaag and Hugo de Jonge, it is the third minister to be attacked at home.

Images of the defaced front door in the Centrum district are circulating on social media. According to a police spokesperson, a report has indeed been received in Amsterdam about a defaced front door, although the police do not want to make any statements about the identity of the residents. It is established that the house in question is owned by former minister Ferdinand Grapperhaus (Justice).

Local residents were asked by the police on Thursday to share recent CCTV images, in an effort to check whether the perpetrators have been captured. It is not yet known who is behind the graffiti.

The graffiti – with the words ‘pedo’ and ‘Nazi’ – comes at a time when former colleagues of Grapperhaus are being strictly protected after similar incidents. Anti-corona demonstrators were already standing in front of the Rotterdam home of Minister Hugo de Jonge, and last week an Amsterdam man was waving a burning torch when he knocked on the door of Minister Sigrid Kaag in The Hague. That man, Max van den Berg, will appear in court next Wednesday. The woman who filmed the action, Eline van ‘t N., must also appear that day. They’re both stuck.

Several address details of government officials circulate in a file on social media. But the phenomenon is not new, also at the official residence of the Amsterdam mayors on the Herengracht call with some regularity citizens want to get to that story.

The actions are aimed at politicians involved in corona policy (De Jonge), but are also fueled by various conspiracy theories. Van den B., for example, shouted ‘Love, freedom, not a World Economic Forum’ in front of Kaag’s house, referring to a plan by the WEF feared by conspiracy theorists for a ‘Great Reset’.

The word ‘pedo’ probably refers to a conspiracy theory in which a Dutch elite is said to be responsible for the ritual abuse of children. That theory led, among other things, to threats against RIVM boss Jaap van Dissel. Several people have been convicted for this in recent months.