For those wishing to work in the UAE diplomatic corps.. Know the conditions 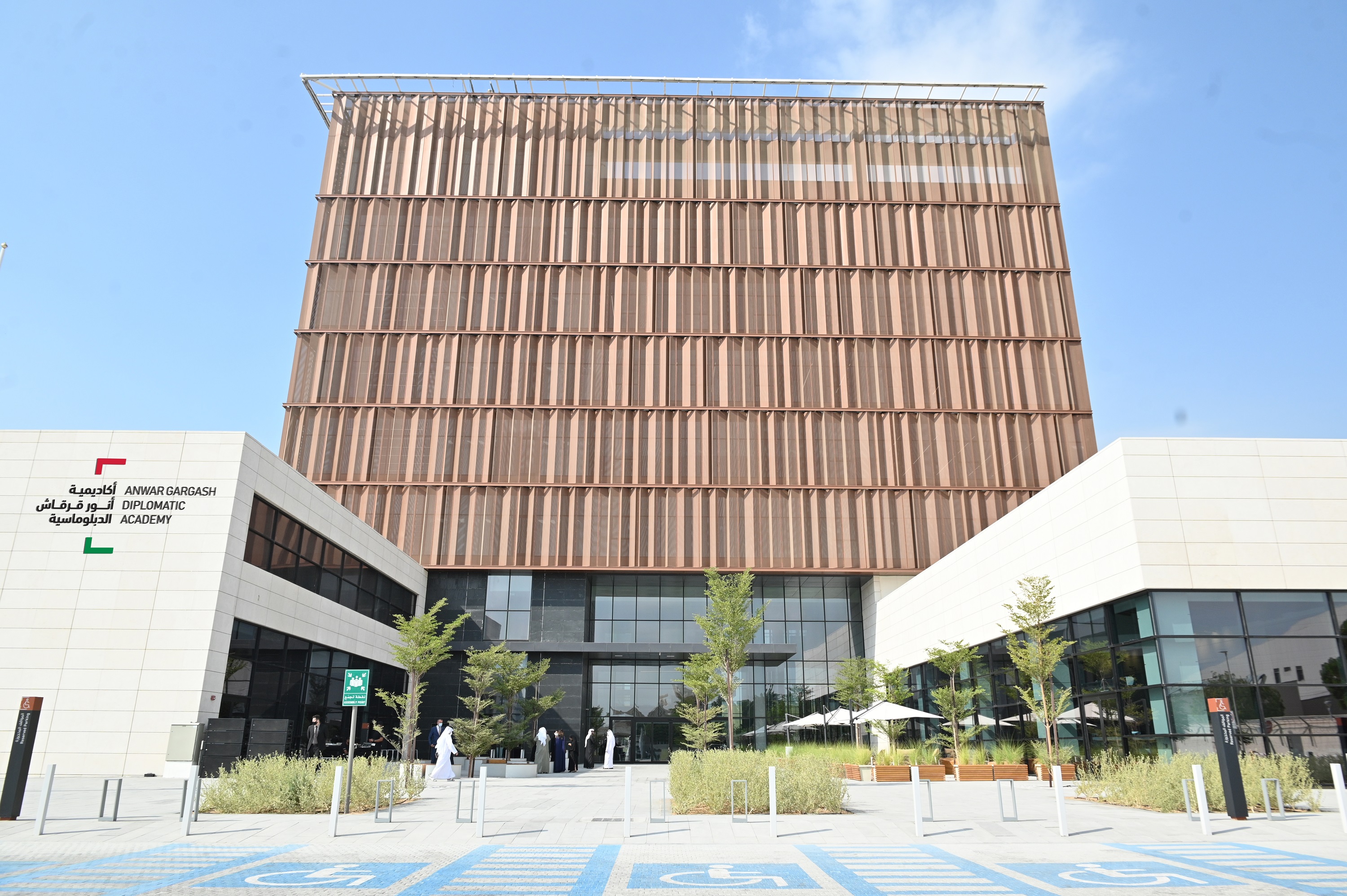 Anwar Gargash Diplomatic Academy, the leading regional center specialized in developing diplomatic capabilities and competencies, announced the launch of its new annual campaign to attract new students within the Postgraduate Diploma Program in Emirati Diplomacy and International Relations, inviting Emirati youth aspiring to work in the diplomatic corps to submit their applications before March 13 2022.
The campaign to attract new students allows all Emiratis, males and females, to submit their applications, whether they are 35 years old or younger, hold a bachelor’s degree or its equivalent, or are expected to graduate by June 2022, with a GPA of at least 3.0. Applicants must also obtain a minimum score of 6.5 in the IELTS English language skills test before the start of the academic year, while male applicants will be required to attach a certificate of completion or exemption from the national service.
The Academy stated that all Emiratis interested in working in the diplomatic corps are invited to submit their applications before March 13, 2022 via the following link: https://apply.agda.ac.ae.

The Academy expected that its new campaign, organized under the slogan “Future Diplomats”, would receive a distinguished turnout from future students, especially since it had received a record number of applications for enrollment in last year’s campaign, as well as in the midst of the unique interest of Emirati youth in diplomatic work and foreign affairs.
Assistant Minister for Economic and Commercial Affairs at the Ministry of Foreign Affairs and International Cooperation Abdul Nasser Al Shaali said: “Over the past years, we have witnessed an increasing interest among Emirati youth in diplomatic work, which indicates what the UAE has a prominent role in the world and what its effective successes towards achieving its strategic directions in the areas of politics. external”.
He stressed, “The development and expansion of the Emirati diplomatic cadre is one of the most prominent directions of the Ministry of Foreign Affairs and International Cooperation, which it does by providing Emirati youth aspiring to diplomatic work with knowledge and theoretical and practical skills that enable them to continue consolidating the position of the UAE globally.”
He called on young Emirati males and females who aspire to work in the diplomatic corps to apply for admission to the academy, which is committed to preparing and preparing them to serve their country, as well as giving them the opportunity to deal with the most important challenges in today’s world through an active and interactive learning environment.
For his part, the new Acting Director-General of the Anwar Gargash Diplomatic Academy, Nikolai Mladenov, said: “The UAE currently has a significant contribution to a number of the most prominent global issues, including addressing climate change and environmental disasters, providing humanitarian and relief aid, and hosting Expo 2020”. Dubai, while it will host the twenty-eighth session of the Conference of the States Parties to the United Nations Framework Convention on Climate Change “COP28”, coinciding with its two-year membership in the United Nations Security Council.
He pointed out that this international activity requires elite diplomats with solid knowledge and high-quality skills – so that they can represent the UAE with honor, strength and integrity – especially in times of crises and challenges.
Mladenov said: “In this sense, our Academy is keen to provide a solid orientation in the field of foreign affairs, and clear visions on contemporary regional and global issues that affect the UAE and the region as a whole. The Academy is also committed to supporting the goals and aspirations of the UAE’s foreign policy, by providing future diplomats with knowledge and basic skills that enable them to serve their country effectively in various international forums.
For his part, the new Deputy Director General of the Academy, Dr. Muhammad Ibrahim Al Dhaheri, said that with more than 245 graduates from the Postgraduate Diploma Program in Emirati Diplomacy and International Relations since its establishment, the Academy is proud of its role in supporting the directions of the UAE by preparing distinguished diplomats who are able to continue consolidating the position of The state globally – especially in light of the unique interest in preparing for the next fifty years of the state’s future. Today, the Academy is a driving force for global strategic initiatives that the UAE aspires to interact with and leave a positive impact on.”
Al Dhaheri, who is one of the Academy’s graduates, pointed out to the principles adopted by the UAE’s foreign policy based on achieving security and peace, and building bridges of tolerance, coexistence and cooperation – despite its geographical location, which witnesses various challenges. He said: “From this standpoint, the importance of having diplomats with unique skills and a high level of ability to understand methods of building and consolidating bilateral and multilateral relations around the world, especially since the UAE is characterized by its transparent policy based on tolerance and cooperation – which should be the most prominent feature Our students and diplomats.
The Academy offers a variety of courses in various fields of diplomacy and international relations in an effort to prepare distinguished and passionate diplomats to work in the field of foreign policy and diplomacy. These courses vary between theoretical and skills-based, as well as a third language program that allows students to learn additional languages ​​such as Chinese, French, German, Hebrew, Russian and Spanish.

A new field in the series of domestic violence in Iraq.. He killed his brother and raped his two daughters