Debanhi Escobar: no one checked the motel’s cisterns, according to the Prosecutor’s Office 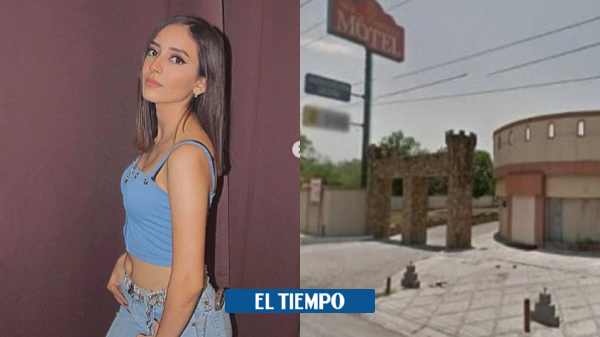 The authorities of Nuevo León, the state of Mexico where the disappearance and death of Debanhi Escobar took place, They assured the local media that “no person entered or checked” the cisterns of the Nueva Castilla motelwhere the body of the young woman was found.

Griselda Núñez Espinosa, head of the State Specialized Prosecutor for Femicides, He said at a press conference that the authorities work with canine pairs, but the animals did not detect the body.

(You can read: Yesid Caña, indigenous leader and artisan of the largest backpack, is assassinated).

“It is important to specify, for everyone, that within the investigation folders, it is necessary that at the time they come to this place, the people who were there did not refer to that disused area (…) What we can see from the reports that are inside the folder is that no person entered or reviewed that area”, were the words of the official.

(You may be interested in: Debanhi Escobar: taxi driver gives new details of the journey with the young woman).

Núñez also indicated that the videos are a key piece to notice the presence of Debanhi’s body, “the characteristics of Debanhi, also of other servants and public servants who could be in the observation of that space”.

The five vehicles that appear in videos

It was also reported that a man who appears in one of the videos of the case, who has not yet been identified, is being investigated.

“We are certain that he is a man, therefore, to date, there is no positive image of Debanhi at any other time in the sequence of the various videos. that they are held from 5 in the morning, which is the last of the cameras; the first and last of the chamber, where the body was located; that is to say, where the place of the discovery has been”, she pointed out.

The five people who drove those vehicles, within that period, have also been interviewed.

There are still no accused in the case, because they are in the phase of investigating what happened.

In addition, five vehicles that appear in the clips located at the motel were seized by the authorities.

The prosecutor in matters of femicide pointed out that there will be a sanction for the Nueva Castilla motel for evading the delivery of videos of the day of the events.

(We recommend you read: Amber Heard fires her PR team for ‘bad press’).

He insisted that several lines of investigation are being followed in the case of Debanhi Escobar, without any predominance over the others, rejecting that he is on the line of death by accident.

Leao diamond of Arabia: Investcorp wants him at the center of the new Milan