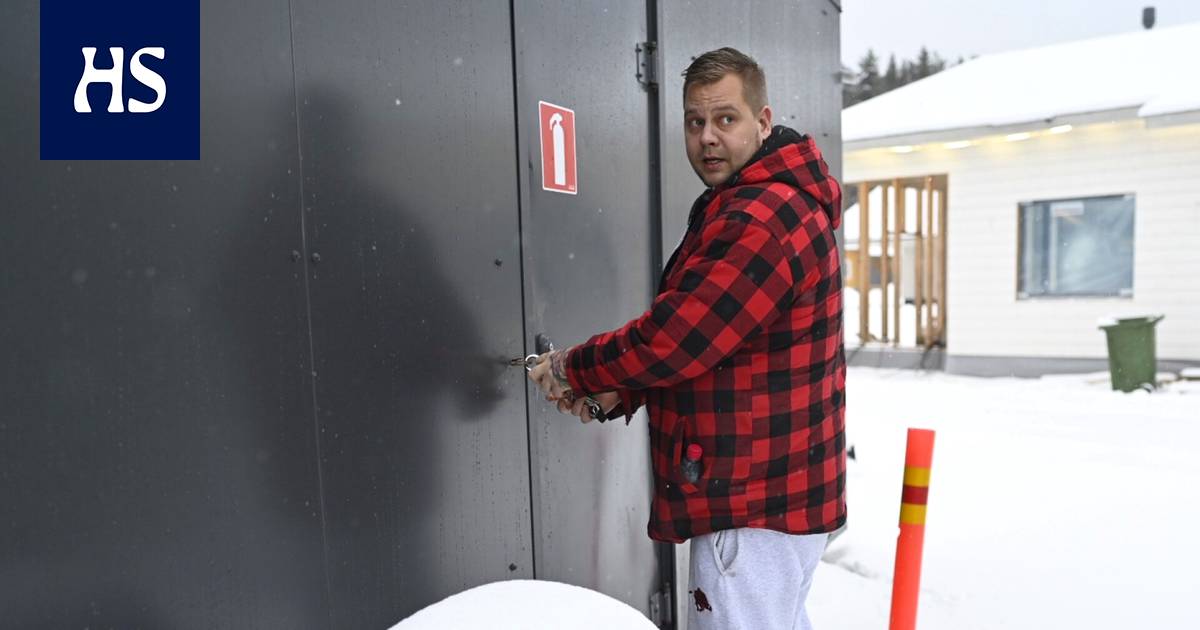 Unknown The person managed to pretend to be the chairman of the board of the construction company Finnrax and transfer the company’s business and postal addresses from Salo to Vantaa.

Probably the same factor or factors also managed to trick themselves into the management of a subsidiary of the technology company Ensto oy.

A confusing series of events began to emerge for Finnrax when Finnrax’s CEO was called from the HVAC and electricity wholesale company Onninen Aleksi Burtsoville about three weeks ago. Report the case first Kauppalehti.

The scammer had created accounts for online stores on behalf of Finnrax and ordered goods worth thousands of euros from them, says CEO Aleksi Burtsov. Picture: Sami Kilpiö

Onninen was asked about a consignment of goods that Finnrax had ordered for an apartment building address in Vantaa. Confused, Burtsov refused to deliver the goods from Onni and said there was certainly some misunderstanding. Finnrax’s office is in Salo and the company does not have an account with Onninen.

The next day, Burtsov’s phone rings again. Onninen was told that there could be no misunderstanding, the goods had indeed been ordered from Finnrax’s account.

After the second call, Burtsov went to look at his company’s information from the register and noticed that Finnrax has a new chairman of the board and the company has a new address.

Ring The National Board of Patents and Registration (NBPR) revealed that a man completely unknown to the company had falsified the minutes of the Extraordinary General Meeting of Finnrax’s Board of Directors and used it to make him the CEO. In a fictitious meeting, Finnrax’s real chairman of the board Jukka Alanko had applied for resignation and a new chairman had been elected to replace him.

See also  Turkey Turkish President Erdoğan confused by his own economic theories, which are in sharp contradiction with economists

It became clear from the NBPR that a similar trick can be done by anyone in principle.

“It’s really easy. By falsifying one document, anyone can start as chairman of any company, ”says Burtsov.

It had cost 40 euros to make the change.

When the scammer got into the chair of the chairman, he had opened accounts for Finnrax at least for Onninen and for the hardware store Bauhaus. The value of the goods ordered from Onninen was EUR 2,500 and from Bauhaus EUR 350.

“And here are the orders that have come to our notice,” Burtsov says.

NBPR leading lawyer Jouko Koitto says that it is almost impossible to identify fake documents among the hundreds of change notifications to the NBPR every day.

“It is a question of what kind and careful scrutiny is being done to ensure that each annex is accurate.”

A change in the company’s information requires an extract or a copy of the minutes of the meeting. Based on them, the NBPR concludes the authenticity of the change notifications.

Koitto is a reminder that shares in companies can change hands. In this case, new shareholders also usually elect new persons to the board.

“This is a balance with the situations in which it should be assumed that something is not right.”

Burtsov considers the NBPR’s policy of change to be too lax and says that he is amazed that such a success can be achieved in Finland.

“Usually, if there is a comma in the wrong place in the documents sent to the NBPR, it will come back as a boomerang,” Burtsov says.

According to Burtsov, it is absurd if anyone in Finland can qualify as a business leader. Picture: Sami Kilpiö

“I told the NBPR there that if this is so easy, then next week I will be the chairman of Kone’s board,” Burtsov jokes.

Account The person who created it visited Finnrax for a while. The forged minutes seen by HS is a short document written in complete Finland, following the usual format of the minutes. The paper only has the name and signature used by the scammer.

Burtsov has seen emails sent to scammers on behalf of Finnrax in Finnish.

Burtsov says that when the scam was noticed, fortunately the matter was rectified quickly by the NBPR. Burtsov also says that he filed a criminal complaint with the Turku Police Department, but at least the case has not progressed yet.

President and CEO of Ensto Group Hannu Keinänen tells an almost identical story about a fake protocol and a new chairman of the board.

Keinänen found out when the car dealership from Pori was called. The car dealer wanted to make sure that the company chairman actually intends to buy several cars on behalf of the company in installments.

See also  HS analysis In Kankaanpää, national attention is even annoying, but it is worth looking at suspicions of terrorism not only up close, but also further afield.

“The wake-up call of the car dealership brought this to our attention. No one was really buying cars from us in Pori. ”

According to Keinänen, the scammer had time to run the company for two days. During that time, the author had tried several things, but most of them had thankfully failed.

“We managed to get the bank account information. As a result, he managed to change the wrong account number in the taxpayer’s online service. ”

“The NBPR’s screen is pretty loose. Even if there are frequent changes in the companies, and if the process is terribly rigid, it will also make it difficult to operate. ”

NBPR Jouko Koitto says that the NBPR’s website has a few tips on how to reduce the risk of fraud. For example, an entrepreneur should subscribe to an automatic notification in their email that tells them immediately if a change in their business information is reported.

According to Koito, there are ways to make it more difficult to make changes, but a larger inspection would require significantly more administrative resources.

Koitto says that similar scams occur from zero to more than one case, depending on the year. Finding them in the mass of announcements is a challenging task in his reading.